It was announced a few days ago that 30 different parts of Santo Domingo area would be without water for 24 hours. (I translated it using bing) “The Acuedcuto and Sewerage Corporation of Santo Domingo (CAASD) reported that more than 30 sectors of the National District left without drinking water throughout the day on Friday 21. The service will be suspended to correct a fault in the valve 48 inch running on the corner of John F. Kennedy Winston Churchill, near the Metro stop Santo Domingo.” (article from CAASD in Español http://www.caasd.gov.do/noticias/2014/11/caasd-anuncia-suspension-del-servicio-en-mas-de-30-sectores-por-correccion-de-averias-en-la-john-f-kennedy/)

In the list of barrios announced Zona Colonial was not one of them yet we have no water.

They said it would be 24 hours and now it is Sunday morning and noone in the Zone has water unless they have it stored like many places do in a tank on top of the roof of their homes. My building has 3 big round black “tinacos” on the roof but they ran out of auga potable (translated to mean drinking water even though we really do not use this water for drinking) about 2PM yesterday.

I have water saved in a big garbage can I use for a water back-up. So I still have enough water to last me for a few days more if I be conservative.

This morning as we were in the street discussing this and about us not being warned by the faulty announcement we decided to unlock the facet in the street and check. Sometimes the lower you are the more water will flow.

We turned it on and a trickle came out. We all cheered! 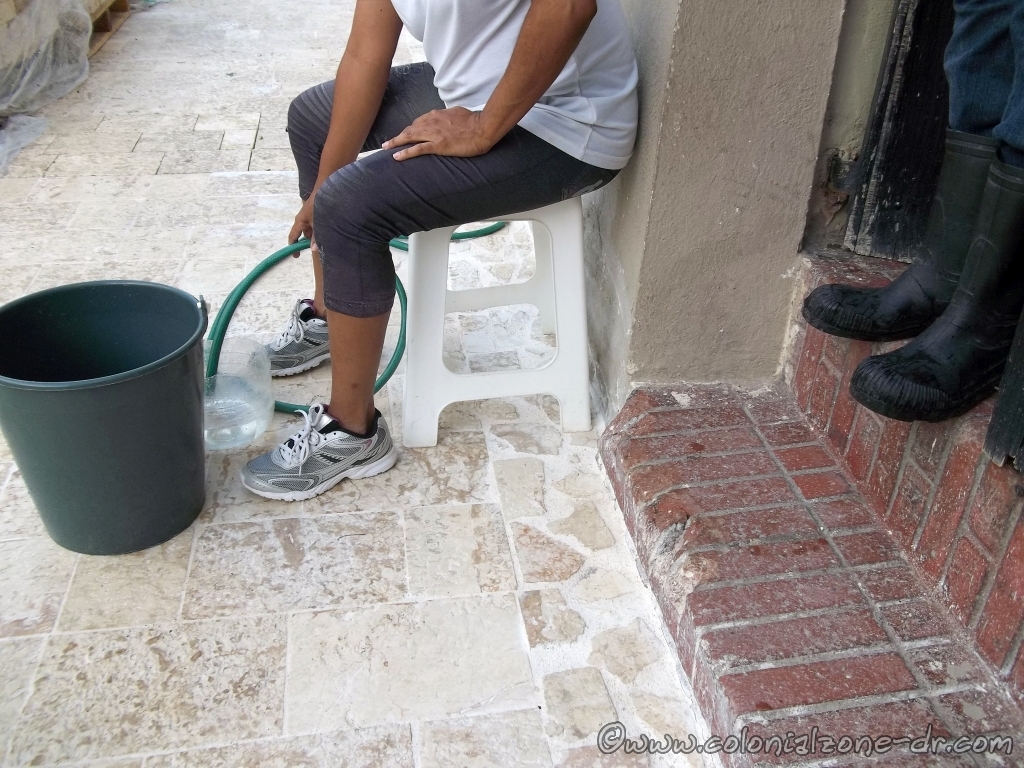 Water trickling out of the hose

The neighbor got comfortable as she almost had to milk the hose like she was extracting milk from a cow. Her sister was in her mucalucks (I am not sure if this is a real name but this is what we always called them when I was a kid) just in case water came back strong she would be ready..lol

The water crisis did not seem to bother the kids this morning as they enjoyed their morning romp at the Fortaleza Ozama. Teli, Buenagente, Zippy and Pokey had a good run. The grass was wet so the street dogs also got a little bit of a bath. 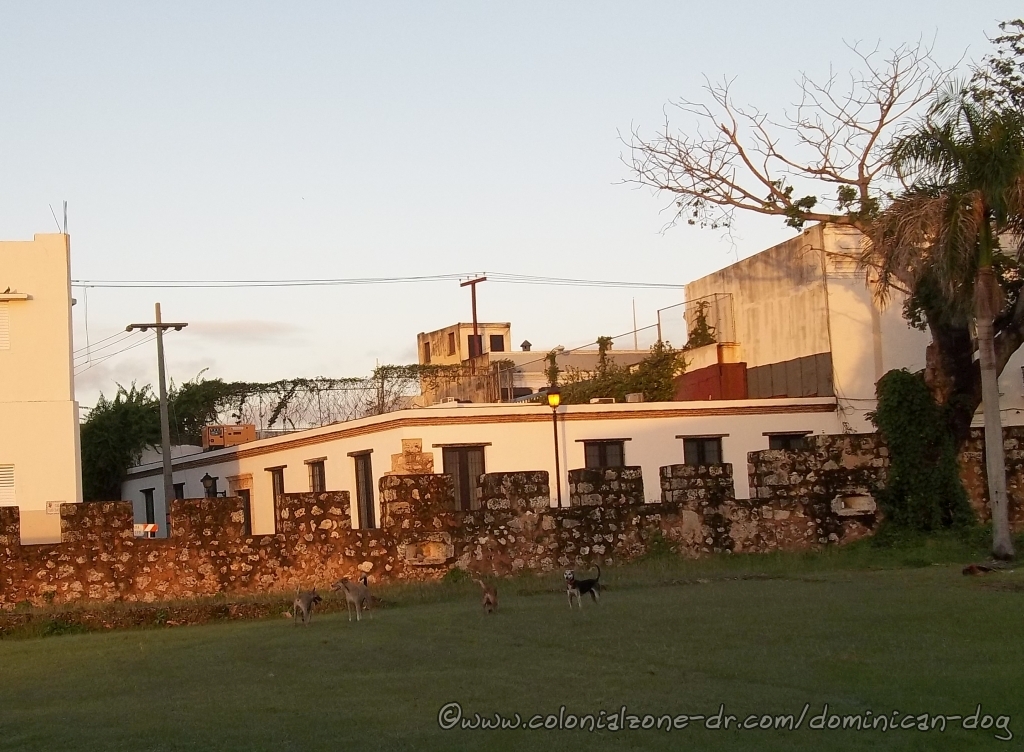 The morning sun rise was also pretty nice. The Colonial Fest continues on today so there will be some fun stuff to do outside today. Teli even sat for a little while and listened to some live music which was a first for her without going nuts being completely frightened. 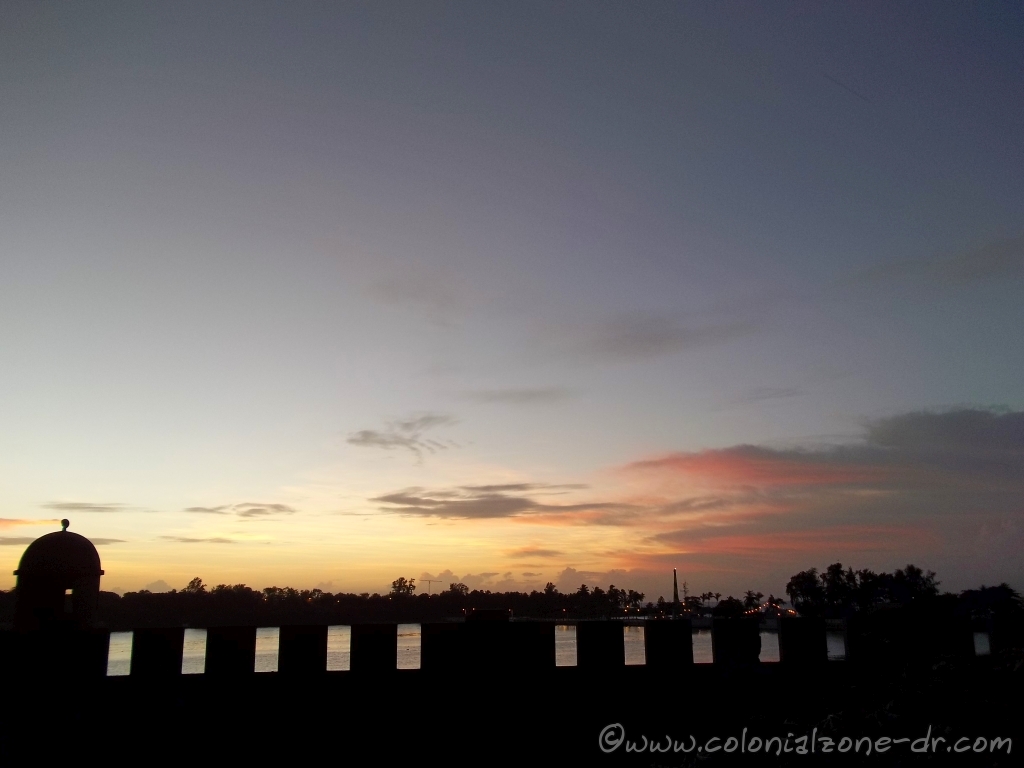 Now, all we need is some water so I can flush my potty and do some dishes and laundry.