Today a Weird Wild thing happened. I found my long lost potatoes! I am doing the happy dance about finding my magical, enchanted taters.

I was looking in my string box for a perfect piece of string. It’s a small box with string, wire, fishing line, leather straps and whatever else might be used to tie or fasten stuff together. Sort of like a junk drawer but I use a box instead. There was a black striped Colmado bag at the bottom. I squeezed what was inside to feel if that was a good ball of string. The balls of string were really hard. I opened the bag to investigate. 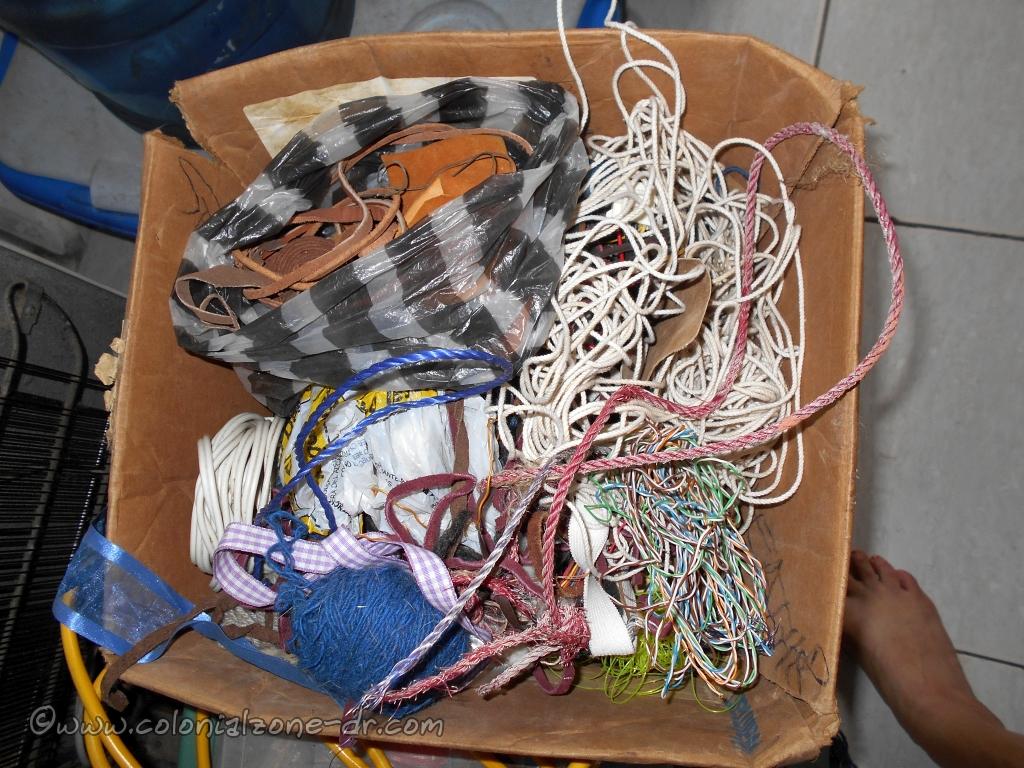 My wonderful box of string, wire, fishing line, leather straps and whatever else.

There, inside that bag, were my long lost potatoes! I lost my taters at least 6 months ago, maybe longer. I bought them from the street vendor guy because I was craving some potato salad. I searched many different times in every place possible for those things. I know I looked in that box because it was sitting on a chair open. I finally gave up looking and just figured I must have thrown them away in some cleaning frenzy that happens sometimes (not often). 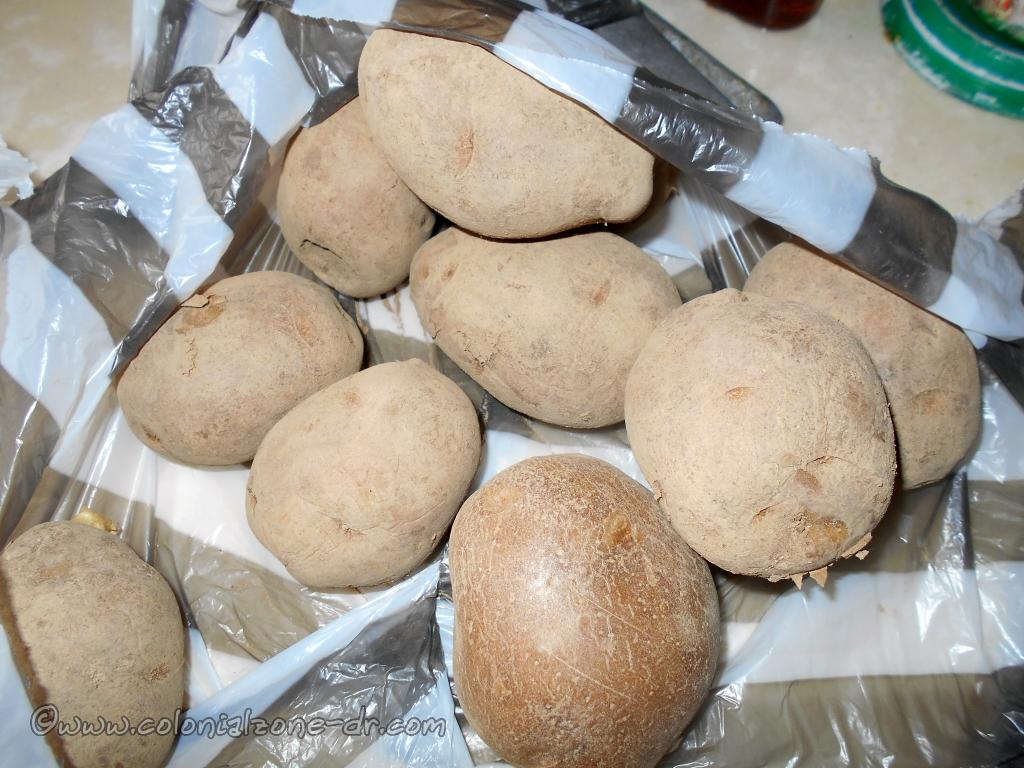 The potatoes are still firm and fresh. Maybe because they were still covered in the dirt they grew in. I remember that unwashed potatoes last much longer in storage, especially in the dark. My taters are dirt covered and were in the bottom of that box.