I always see interesting things going on around the Dominican Republic. Some things I do not understand at all, even when people try to explain it to me. Other things are just mysterious and what I call wowwee’s. Watching this Parrot Whisperer asking for Jina Fruit was for sure another wowee moment to add to the many. 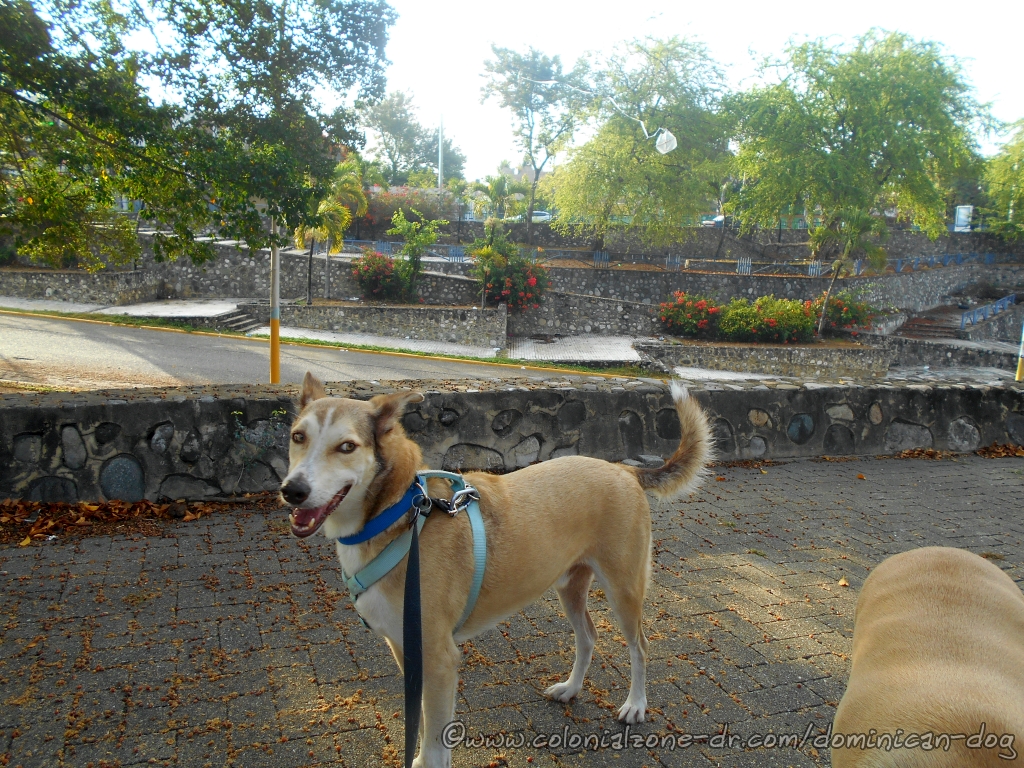 I was walking the dogs going towards Parque Monumento de la Caña. There is part of the park that I call the annex because it is separated from the park where the monument by 3 different streets. Ave. Ulises Heureaux and Ave. España and some other street that goes to the Malecon. It is located in Villa Duarte, Santo Domingo Este. 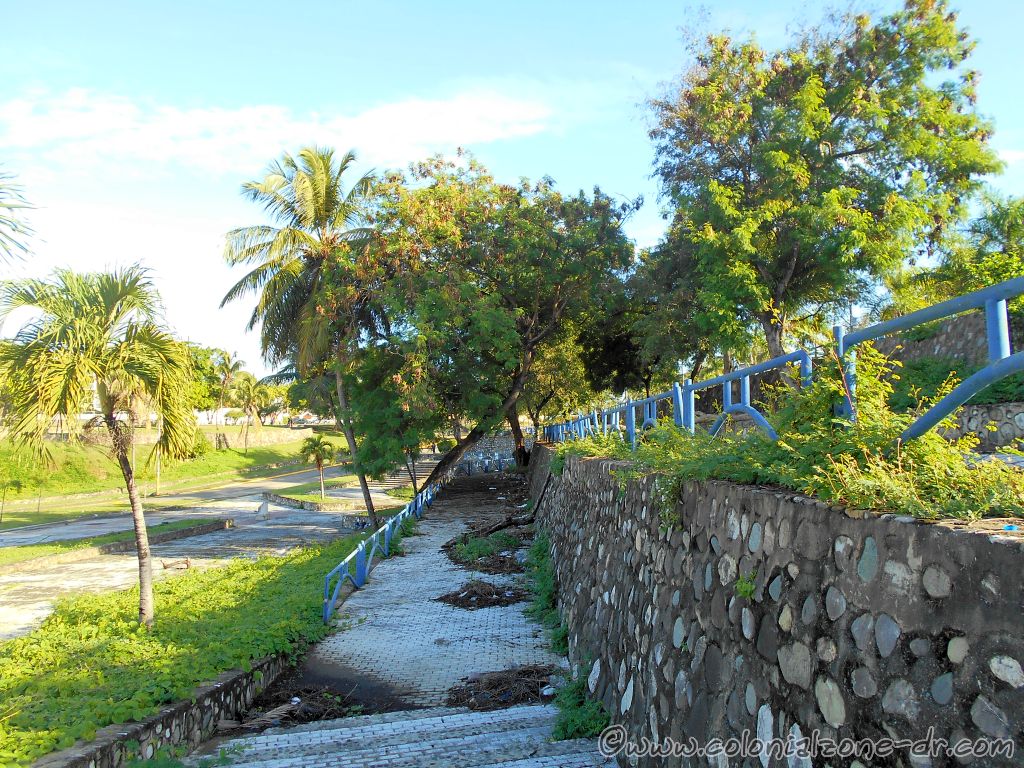 In this part of the park I saw a nice man that I knew from the street. He always shares his mangos with me. He was looking up into a tree and talking. He was catching something and then eating it. I had no clue what he was saying or eating so I had to go and ask, being the nebby inquisitive human that I am. 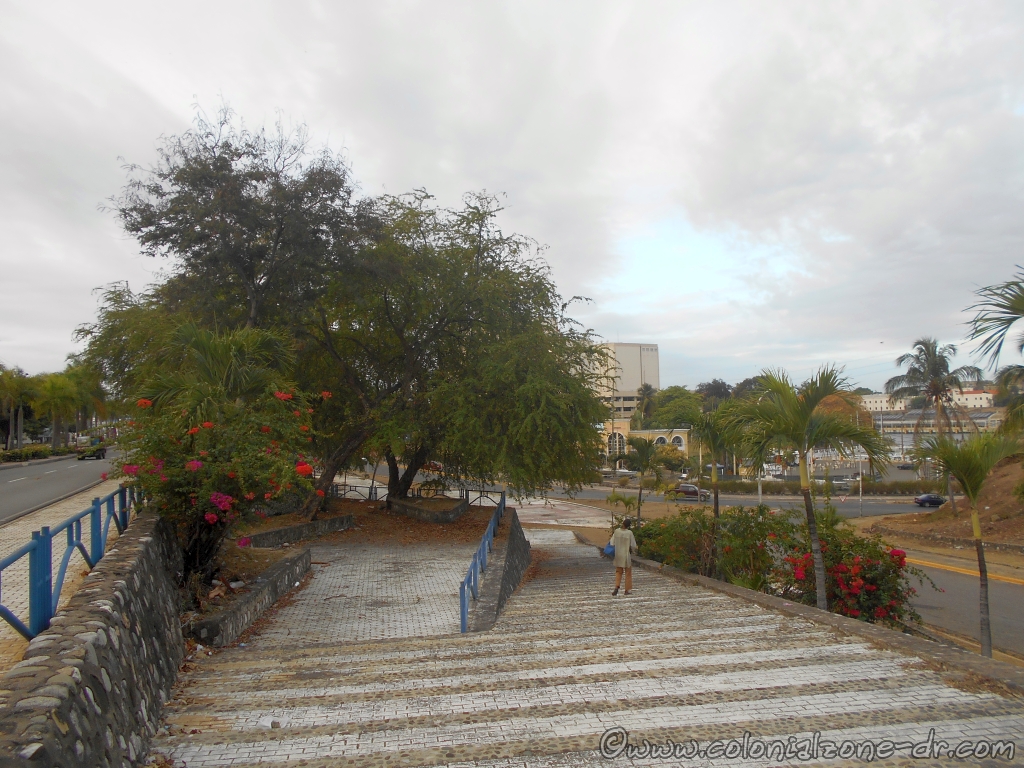 A man talking to parrots in the Jina Tree asking them to give him some fruit.

I had no idea what the red circular seed pods were that I have seen for many years on these big trees were. The dry seed pods are always crunching under my feet. The birds love them and are always squawking loudly as they partake. I had no idea that humans ate these little morsels too. Until this day. 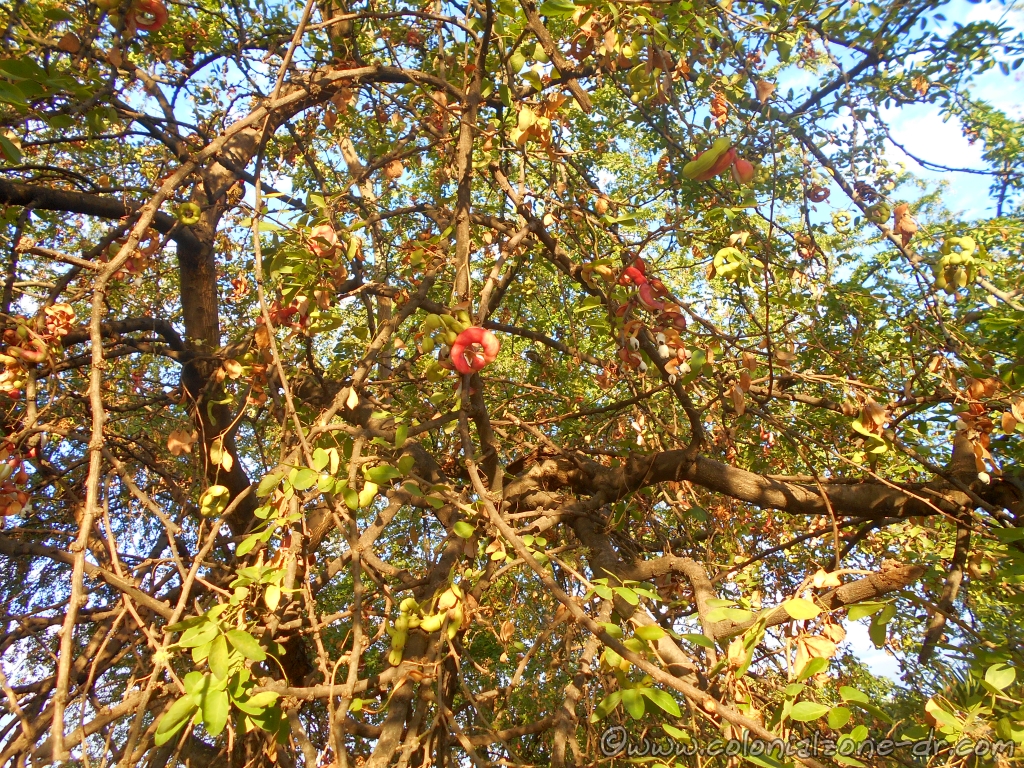 The red and green jina fruit high above

This man told me that the parrots that were in the tree eating the berries listened to him. He was telling the birds to give him some of the sweet fruit that was too high up in the tree for him to reach. 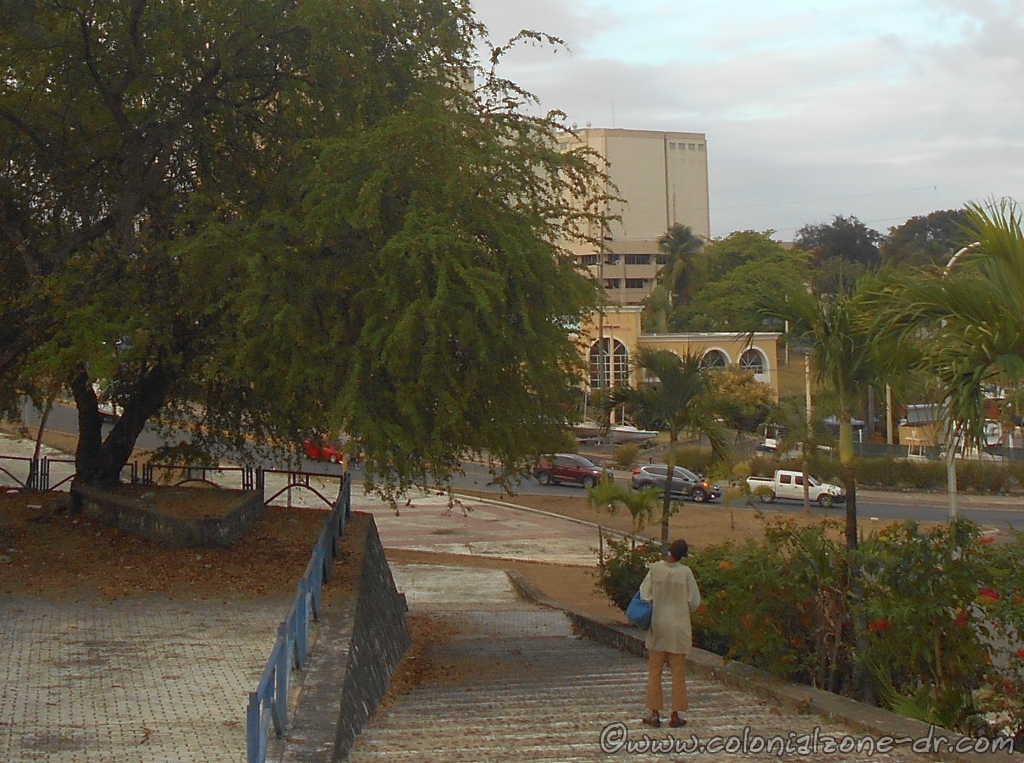 A closer view of the Parrot Whisper asking the birds for some Jina Fruit.

The amazing thing is that the birds were dropping the red fruit down to him! They were listening to him. They were sharing their sweet treats with this man talking very nicely and calmly to the parrots. 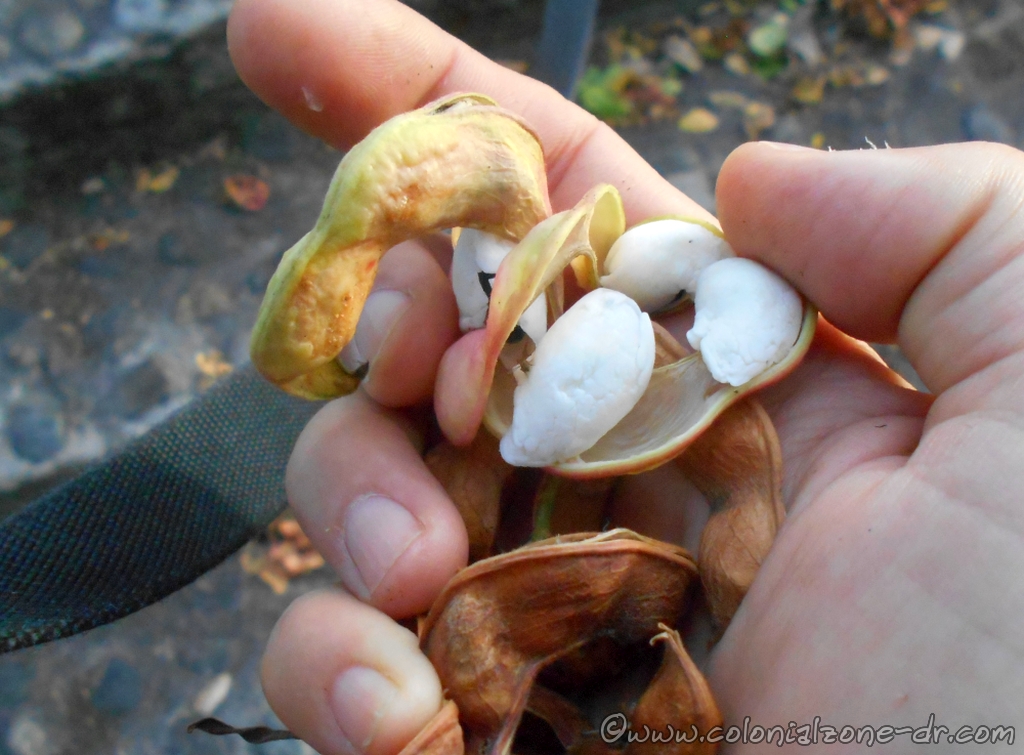 This is the fruit The Parrot Whisperer was asking for. The sweet Jina Fruit.

Things in this world never cease to amaze me. This is just another thing to add to my wowee moment.

After this day I did some research about the Jina / Gina Fruit. I also started eating it when I found it on the ground. I still have not had a parrot or any other bird toss me down some fruit. I will keep trying but I think that this man is a real Parrot Whisperer.