I love the Carnival but from afar. I am amazed at the creativity of the humans that design costumes and floats. Some of the masks are so intricate and imaginative. 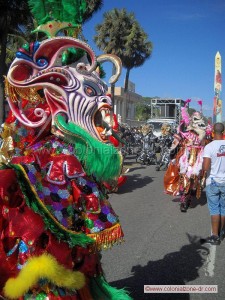 I was nervous about going down to the Malecon in Santo Domingo to watch and take pictures. A few years ago my camera was stolen right out of my hand. I cannot afford this to happen each year. I had asked a friend to come and be my Guachiman but he could not make it. He said his daughter was visiting and in their barrio, near to Zona Colonial, they were having big problems with thieves and tigres coming in from other areas hoping to take advantage of and rob non-suspecting spectators. He said there were even gun shots. So he did not make it to be the guarding of my camera. 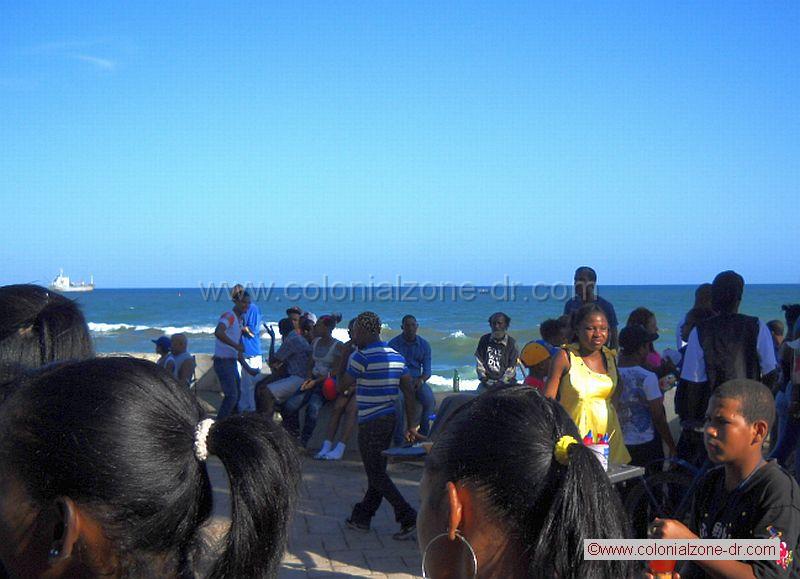 When I got to the spot where I wanted to take pictures I scoped the area for the police and there was a man inside the fence. I asked him how I could get inside and explained to him about my fears. He let me come in to the press area and take pictures. I was so grateful. He kept laughing at me at first when I lifted the camera to take a picture. I would check around me, making sure it was safe. He kept telling me it was not necessary and that I was safe inside the fence. 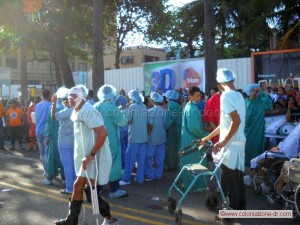 I stayed and took pictures and videos until close to dusk. I wanted to be back home in my own area before dark hit. I was so glad I left when I did. It took me forever to go 2 blocks. The people were jammed in tight. There was no sneaking through the crowds. I just pushed forward trying not to bump into too many people. I really am not into crowds. 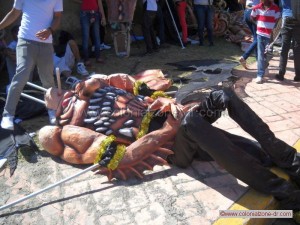 One masked man stopped me and told me not to go down one street as there was trouble happening there. I asked what was happening but he was talking so fast in Spanish I could not keep up with his words. 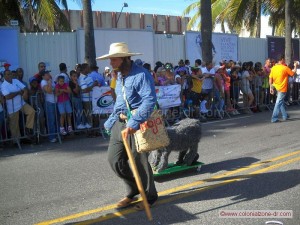 I got home and all was safe. I only got hit on the butt once by a little boy with his rubber ball called a vejiga. I did come close a few times to being whipped with one of the latigo snapping masked creatures. I took Teli, The Dominican Dog, out for her evening walkabout. Came home and went to work uploading all the pictures and videos to share with the world.

Enjoy all the pictures of Carnaval 2012.

This video is one of my favorite troupes. They made me laugh they looked so silly.
Carnaval Dominicano 2012 Africanas on Stilts