Teli, The Dominican Dog, and I came home the other night form a walk-about. It was dark as I opened the door from the street to enter the building where my apartment is.

As usual, I undid Telis leash so she could run up and down the stairs to the 3rd floor and back down. She likes to play and it also tires her out. This time she was just starting to bound up the stairs when she stopped abruptly and came back to me looking a bit perplexed. She would not go up the stairs and she kept looking at me as if something was wrong.

Then I saw it. Two glowing eyes on the 3rd step and a black outline. First thing I thought was that it was a rat. I backed away to the door and Teli just stood there at my side. Now what were we to do. i could no see what was there. It was not moving. I was not going to go up the steps and have something bite me on my ankle as I passed…oh what a delemma.

I snapped three pictures before I realized it was a bird. It still did not move even after the flash so I went up the stairs as close to the opposite wall as possible. Teli followed running past the black bird just sitting on the stairs. 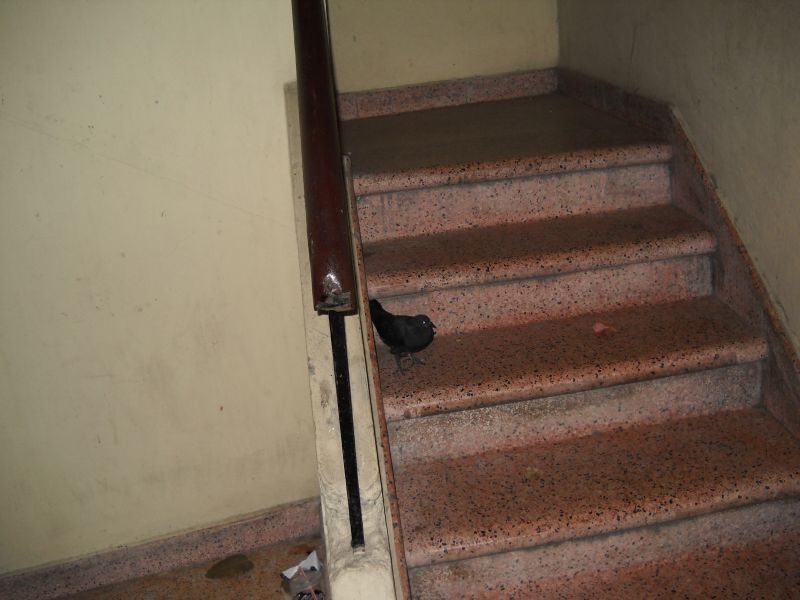 We made it into the house with no more incidences. But what was that bird doing sitting there on the stairs? 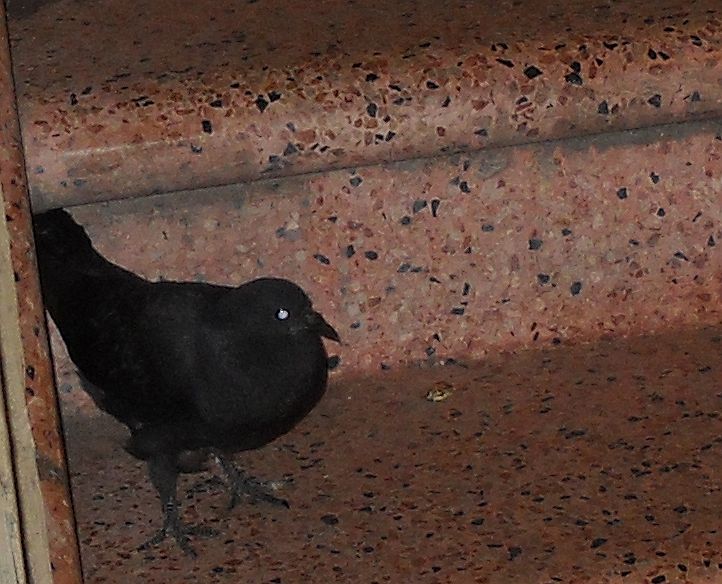 The next morning I was looking for it and has some sunflower seeds to feed it but it was gone. The only clue that it was there was the pictures I took and a few bird droppings on the stairs.