I am still waiting to move into my apartment. There is problems with the ceiling leaking and they cant seem to make it right. Now because of all the leaking and rain we have been having the newly painted ceiling is peeling. They said they fixed it a few days ago so after all dried out they will paint again and I’ll wait to see how it goes before I move. I hope to be in soon but the way things are going maybe I’ll be moving around Christmas time. Such is the life…

I took a few pictures of the Gay Parade here last weekend. I took a video but while I was filming this guy next to me was talking a bit loudly and he said a few choice words. So now I cannot post the video. 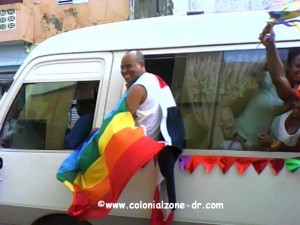 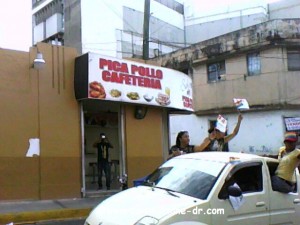 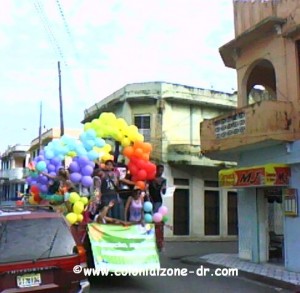 I saw this cat hanging out near some pigeon sat the park. I was waiting for the attack or at least the before attack butt wiggle that cats do when they are ready to pounce. This cat did not even pay attention to the birds eating from a broken, water drenched garbage bag. It was interested in joining in the feast and not interested in any fresh meat. This is not any type of normal cat I ever saw. 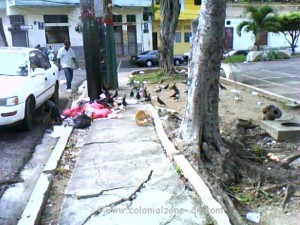 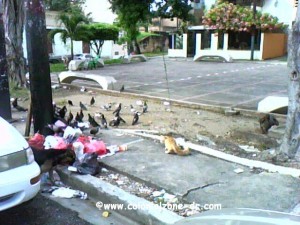 We have been having lots of rain. Torrents of rain. Giant piles of rain. In other words it has been very wet here in DR this last week and seems like it will continue for at least a few more days. Not many people go out when it rains. Its not easy trying to walk the streets when its raining. Even umbrellas don’t help much. When it rains here outside most of the homes here also get rain inside. You need a good mop and broom to try and keep up with water pouring into all the cracks and crevices in the windows and walls. After a storm you can see clothes, mattresses, and other household things outside drying.

I took over 100 pictures trying to catch a lightening bolt and finally I got one. This was over the Colonial Zone. I was safe in my room when I took this with my television unplugged just in case it hit too close. 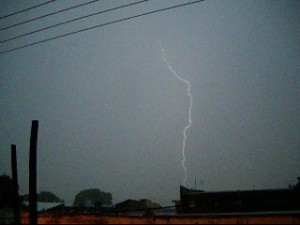 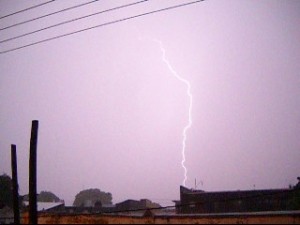 The US Embassy had their 4th of July fireworks in spite of the rainstorm. I took a few pictures out of my window. I caught the last few minutes of the fireworks. I thought it was just another thunder storm and here it was the banging of the celebration. I did not expect them to even have them because of all the rain but they came through. I was planning on going up on the roof and getting a good view but I didn’t want to get drenched or hit by lightening. 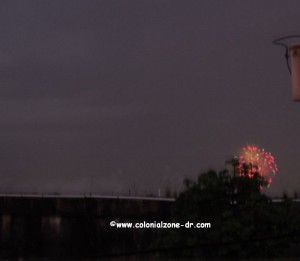