We love taking time to smell the flowers. The Bouganvillea flowers are so pretty.

We were taking a little walk that ended up being a long walk and we ended up walking along La Mella, ending up at Santa Barbara. 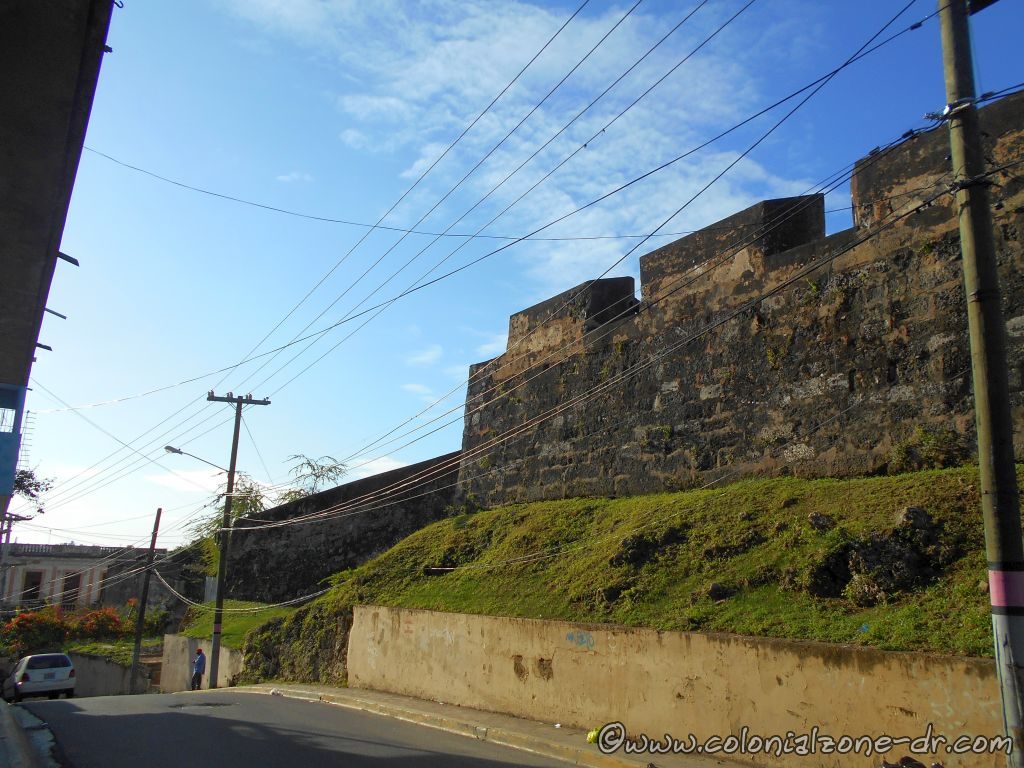 The wall that runs along the outside edge of the Colonial Zone along Ave Mella, blocking off the barrio of Santa Barbara.

There are always some crazy dogs around that area that think they have to protect their territory from us. We don’t want their territory. We have our own to worry about and yet they persist trying to bully us. We pay them no mind, most of the time. 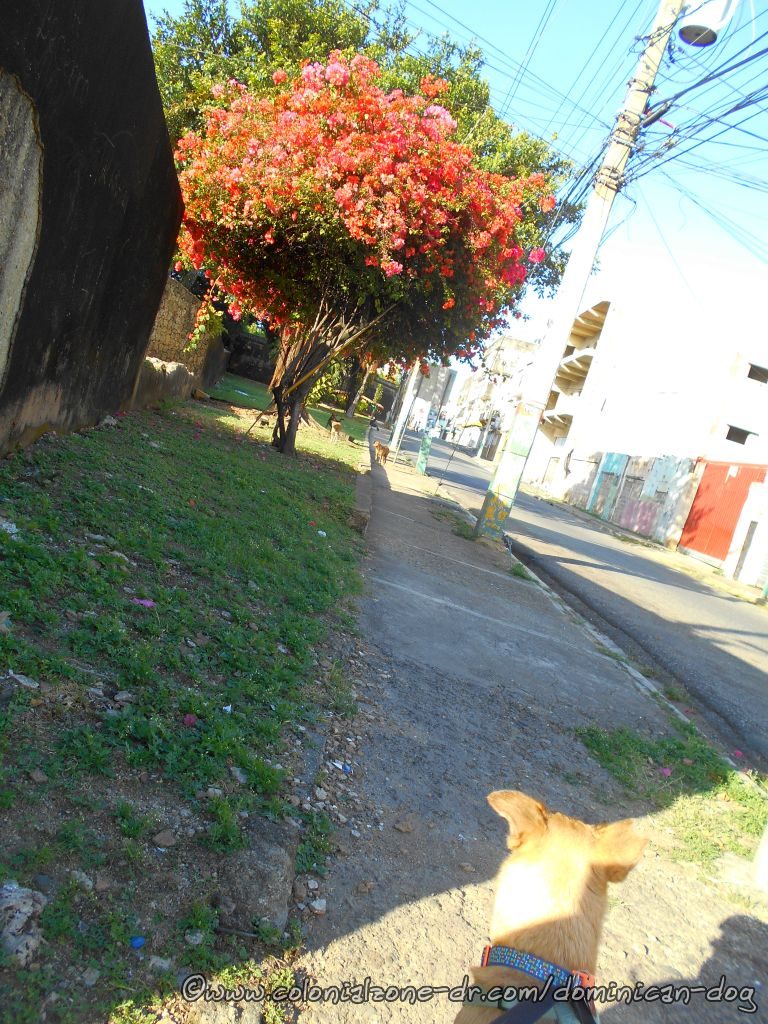 The dogs of Ave. Mella at Santa Barbara defending their territory.

This was funny because they waited until we had passed and were far off before they came and peed in the places we peed and started barking. Do you think they were they afraid of Buenagente?

We love the Bouganvillea tree. It is just so beautiful.

We were under the Bouganvillea along Ave Mella at Meriño, Santa Barbara.

We take time to smell the flowers and also the ground to see if we know any of the dogs that have passed this way before.

We were under the Bouganvillea checking to see if we knew anyone who passed here before us.

It was a good day with lots of good things to smell and lots of new dogs to bark at.

2 thoughts on “Under The Bouganvillea”