Ladies and Gents, May I Introduce Myself? 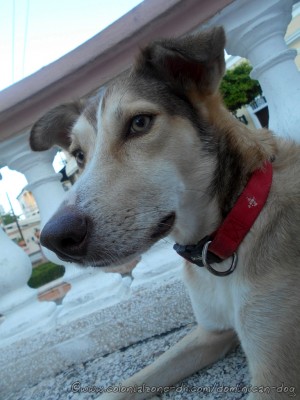 Well, here we are. Thanks to Teli (also called big blabbermouth) I had to re-write my whole intro.

First and foremost, let me introduce myself. I’m Buenagente, at least thats what some people call me. I’ve been living in the Zona Colonial since I can remember.

Now this leads me to a rather embarrassing matter… …since I remember. That’s it, I don’t know how old I am! Now that’s really embarrassing, I know, but I can tell you how that happened.

You know, I’m a street dog or as we are called here so lovingly ‘vira lata’ the common dominican can-turner. Oh, yeah, I’ve turned quite some cans in my day. BUT no more, I’ve decided things need to change around here. Oh, but I’m getting ahead of myself. 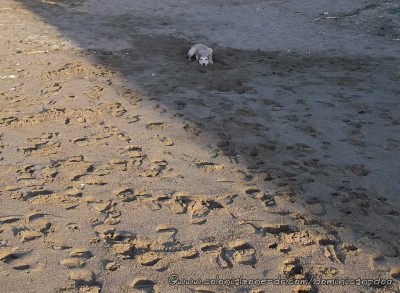 Well back to my topic. ME. So, being born a street dog, I didn’t get much of an education. All I know now I’ve learned over the years and I can tell you when I was young, neither counting nor time-keeping were very high on my list of desirable skills.

Now that’s how it came to be that I have no clear idea about how old I am now. A few months ago I had to stay at the docs (more about that later) and they kept saying I’m around 7 years old (I chose April 1, 2008 as my born date). Well, until I can find out more about my early days, I’ll just stick with that for now. 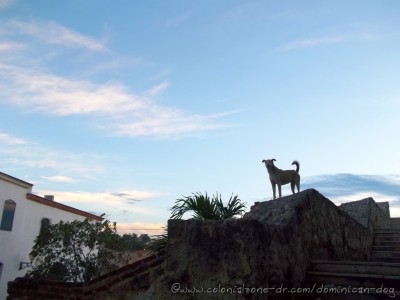 Lets get back to my life story. When I was a young pup I was just after the girls, getting into fights, and chasing the bikes up and down the streets. And it was fun, I can tell you. But then I saw a few of my buddies getting beaten up by bad people and some others got run over. And this made me sad and angry. And life started to suck badly for me. But I really don’t want to go into too much detail because it’s not really much fun. 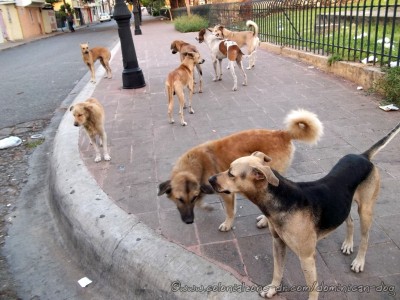 So I decided at some point I needed to change my way of living. Like having a home where I can sleep and knowing what I’ll be eating tomorrow. Nothing fancy, just some security. I’d already outlived almost all the other dogs in the zone and, you know, one doesn’t get younger.

The task were clear, I needed to find a place and I needed to find a steady job. In whatever order, not important, but that was the way to go. I put my head to it and I might tell you without giving too much away, I succeeded. But let me tell you more of my journey that brought me to the point of writing this blog post. 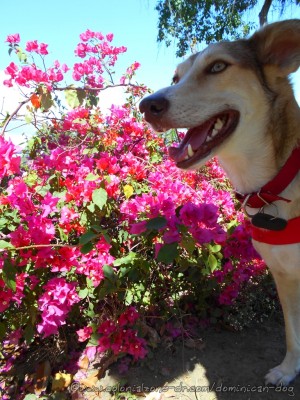 You see, there aren’t a lot of jobs in the colonial zone for a street dog, but I could better my situation a little bit by working with some of the tour guides. The tourists that come here are mostly cool people. They love dogs. Some of them told me they had dogs living in their homes many days of travel away. And they’d take pics of me and give me treats. And being a tour guide slowly got me onto the right track. 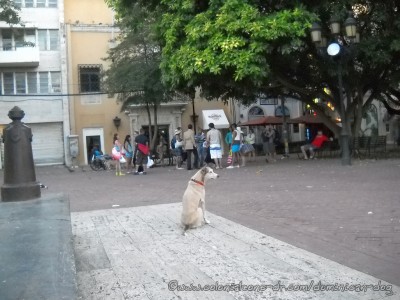 Now, a few years back a cute little boca-negra moved into the zone. Not living in the zone, but moving in with one of the tour-guide humans that I’d sometimes hang with. Oh, you know, classic beauty that girl. I was smitten, but after some time of courting I found out that she didn’t love me back!

I tell you, I was devastated. Wanted to jump of the Malecon. Thought about moving out of the Zone. How could I see her every day and know she’d never be mine.

But then something magic happened, she was always so nice to me and I realized that I love her like my sister and that she had become my best friend. And Janette, Teli’s human, explained to me that Teli had an operation when she was a little pup, she called it sterilization, and that Teli could never have puppies of her own. Strange things these humans do, but then, it’s cool, because Teli never needs to worry about much. I ended up getting sterilized too and it was one of the better decisions I made in my life.

So, long story short, I ended up hanging around their place more and more and at some point one could say I have moved in with Teli and her human. 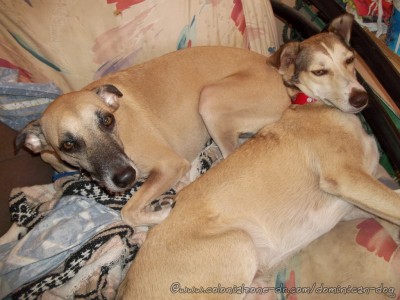 Once I started hanging around Teli’s place a lot, I realized they don’t go so good economically and I felt really awful eating Teli’s food. And that tour guide stuff is fun, right, but it’s nothing reliable and the tourists don’t really pay a lot either. 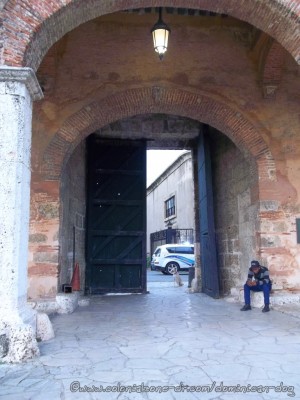 The only solution I saw was getting a real job but, yeah, who’s going to hire a middle-aged street dog for anything that pays? Well, I did ask around and got to know some interesting dogs. Some of them have jobs. And that was where I had to continue my search. 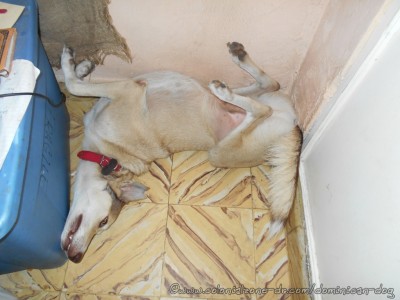 Now, all I can tell you for now is, that I got myself a job!!! Yes, a real job. I’m not allowed to talk about any details yet because there are some projects being set up, but YEAH!! a real job! More details will follow as soon as I get the ok. 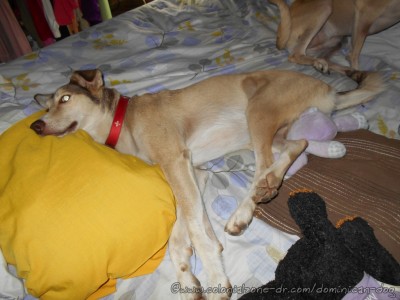 In the meanwhile, we have a new