Neighborhood Feud & Tropical Storm Laura or You Do Not Bring 2 Kitchen Knives To A Machete Fight.

Tropical Storm Laura came through Dominican Republic on August 22, 2020. It hit my house in Santo Domingo Este around 2AM on the 23rd. Strong wind, rain and thunder and lightening. Of course the power went out but I was lucky. Mine returned around 2PM the same day. All in all where I live it was not too bad. Other parts of the Dominican Republic did not fare so well. 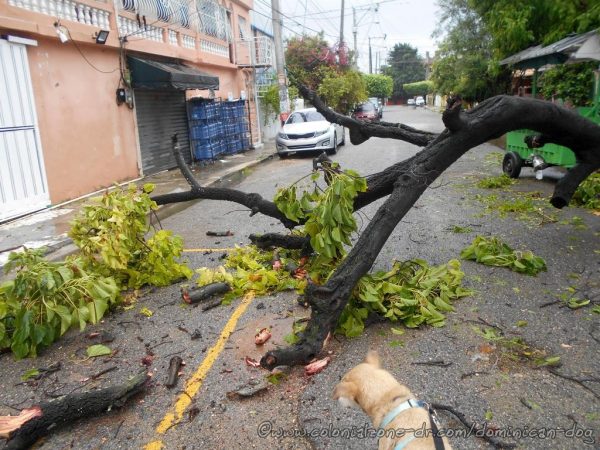 A tree fell in Los Molinos. Buenagente is checking it out. 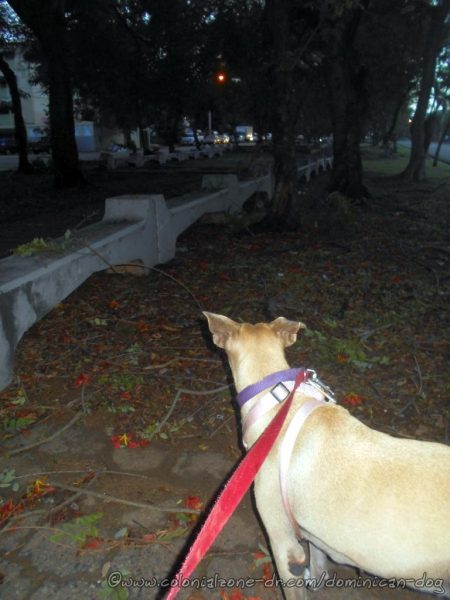 Inteliperra visiting Plaza El Pensador checking out all the trees and branches down the morning after Laura visited.

*Here is a not good or clear little video I took out my window around 2:30AM just seconds before the electricity went out.

Now for the story: You Do Not Bring 2 Kitchen Knives To A Machete Fight

A few of the neighbor men have been having a fight. A serious fight.

The morning before Laura hit I hear yelling outside in the street. A man has a broom handle and is hitting another in the street! Big Guy, the hitter and Skinny, the man receiving the hits were both yelling. Big guy was yelling ladrone (thief) as he was hitting Skinny in the legs with the stick. The stick broke and Big Guy had each half in his hands hitting double fisted now as Skinny was jumping around.

After about 5 minutes Big Guy headed one way and Skinny went the other while Big Guy kept saying words I don’t know and probably don’t really want to know.

The next day, Sunday morning after Laura hit, between the rain and wind, there was more commotion in the street. I went to peek out the window. Big Guy and Skinny were at it again. This time Skinny had what looked like a kitchen cleaver in one hand and a butter knife in the other. Big Guy popped out from around the bend and he pulled out a big machete from his shorts!

There was lots of yelling.

Guys from the Colmado across the street came running over.

It was a neighborhood watch – intervention.

By this time Big Guy swing the machete and hit Skinny across the top of his hand. Skinny did not drop his butter knife as he swung both his knives as I could see a red slash across his hand!

I went for the camera.

The guys from the Colmado and the neighbors were trying to calm the situation. Big Guy was really mad. He was yelling ladrone to Skinny who just stood there. 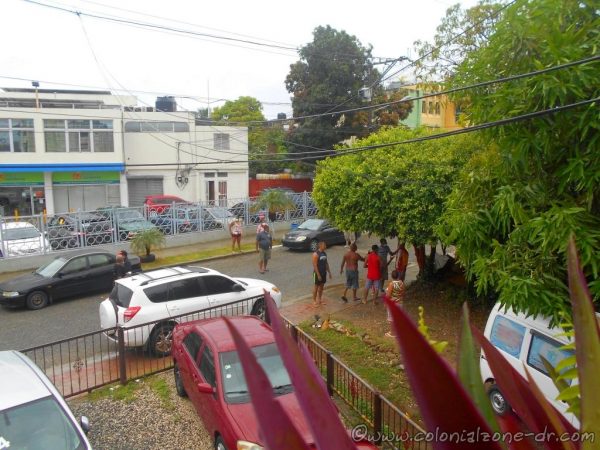 Big Guys cousins were there. Neighbors came running from all directions. Skinny, bleeding, had his hand wrapped in a red cloth (not sure if it was a red cloth or red from blood). He disappeared around the buildings.

Big Guy headed back home yelling as he left.

Everyone else stood and talked for a few seconds. The neighbors went back home and the guys drinking in the Colmado returned to their imbibing. And me, not understanding all, returned to whatever I was doing.