Walking in the morning after the rain taking the dogs, Inteliperra and Buenagente, out for their morning romp. Crossing the street in front of my home was what I thought was a big fat strange looking spider. I got out the trusty ole camera and leaned in for a closer look and a picture. I was wrong. It was not a spider, it was a lone Hermit Crab (Makey in Dominican Spanish and Cangrejo Ermitaño in Spanish).

What I thought was a fat spider was a Hermit Crab – Cangrejo Ermitaño – trying to cross the street.

I figured I would have to do a rescue and help this little hermit crab to get to a safer place where it wouldn’t get hit by a car. So I picked him up and the 4 of us continued on with the walk to the Parque San Souci which is near to the river so he could walk there in peace.

Picture this. Here I am, walking the 2 dogs on leashes in one hand. The other hand was holding the shell of this Makey who was trying to get out of his shell to bite me. We had to walk through a large group of humans waiting to get into the Hospital at the Plan de Asistencia Social de la Presidencia (PASP). 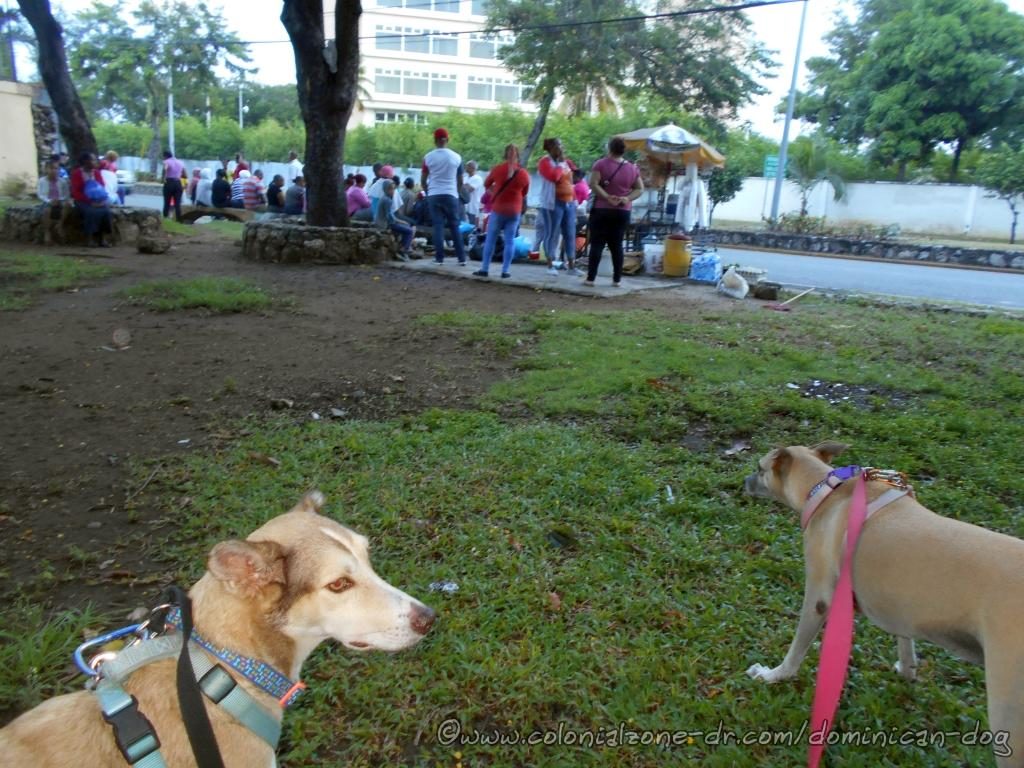 Usually, when we pass there people are getting up to run away from the dogs while others are smiling. Some people are saying (in Spanish) “Ohh dogs!” “They are dangerous!” and “They have teeth!”. Others are saying “How beautiful”, “God bless” and “How fat”.

Just as we were getting ready to enter the crowd the stinking crab decided it was time to bite me! He latched on to my pointer finger and squeezed with, what I am assuming, all his might. I yelped. People were all around. Dogs trying to get through the crowd. Me yelping “ouch, ouch!” and laughing with a crab stuck to my finger.

A Hermit Crab strolling along on my street.

Someone picked up a paper cup laying on the ground and took the crab off my finger, ever so gently, and placed it into the cup. He was laughing and so were others all circling me. Someone said, “That Makey would be dead if it bit me like that”. A lady grabbed my finger to make sure it was ok. I just kept laughing.

It was a comical moment. My question for the day is, “Why did the Hermit Crab cross the street?” Answer “So he could bite the silly Gringa and still be saved.” lol.

All 4 of us, me, Buenagente, Inteliperra and Hermit, made it to the park. I dumped that mean vicious but cute little hermit crab onto the ground where it was damp. Away from harm. He popped out of his shell and scurried into a hidey hole under a walkway.

Mission accomplished. Life is good. Hermit Crab safe. Dogs continuing on with their morning walk. Me, with a sore finger, happy that I helped out a little creature and make people laugh in the meantime.