In my neighborhood we have many free-roaming chickens. I really don’t know who the owners are or where they call their home, but they are very well kept and pretty.

The Rooster struts around all day and starts his crowing early in the morning. It is a call and response type thing, he crows then another rooster in the distance crows and another joins in. Sometimes they even have synchronized crowing, but that is another story.

Mr. Rooster has a flock of females that follow him around. If one starts screaming you can see him running down the street, his bright shiny black tail feathers swaying, coming to her defense. 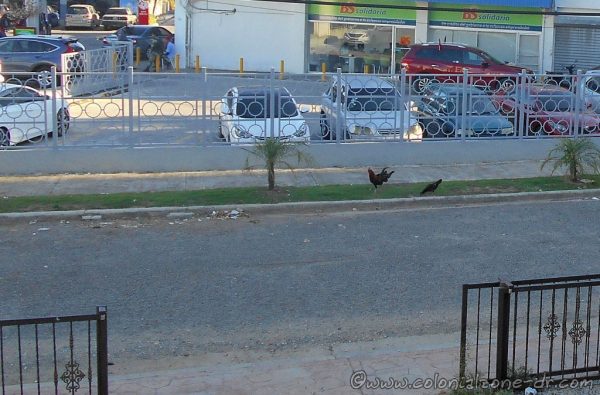 Mr. Rooster of Los Molinos and one of his girls.

He is as machismo as a rooster can be, typical Dominican male..lol 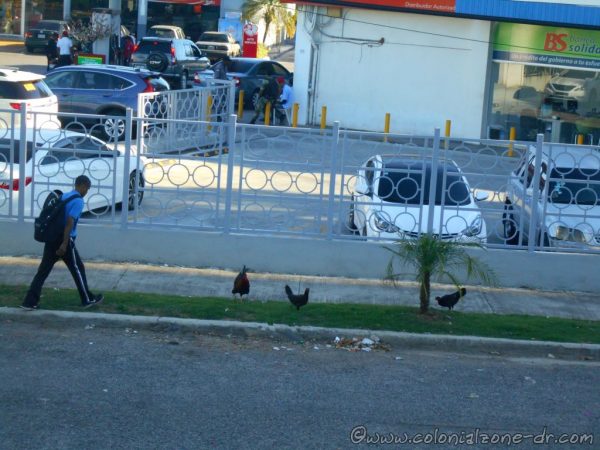 Mr. Rooster of Los Molinos and his girls.

A few days ago there was some serious chicken squawking across the street. The dogs and I went to the balcony to see what was going on. There she was, one of the hens in Mr. Roosters harem, swinging on a wire high in the sky!

Mr. Rooster and the girls came running and were standing watching Miss Swinger on the wire. The hens were running around under Miss Swinger and squawking while Mr. Rooster just stood there looking up. They were attracting a crowd of both humans and chickens alike watching the swinging chicken. 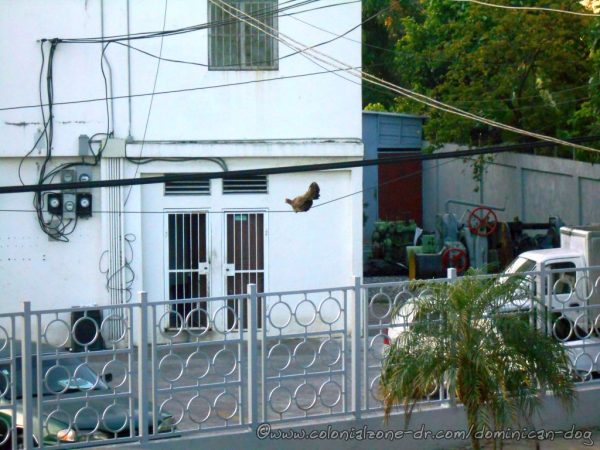 Miss Swinger. The hen swinging on a wire.

Finally, after about 10 minutes of all the squawking, me thinking I had to get the ladder out to rescue the poor distressed thing, Miss Swinger just jumped down and strolled away.

I guess she knew what she was doing. She wanted to have a bit of fun and get some attention from Mr. Rooster and the girls. She succeeded.