I was walking the dogs as usual this morning. We left the apartment around 5AM so I could walk without sweating to death which didn’t work. I had a good sweat going before I even got to the street.

Today we ended up at the Fuerte and Iglesia Santa Barbara. They have taken down the blocking walls where they were doing work to restore the old church so we could walk around the church completely. 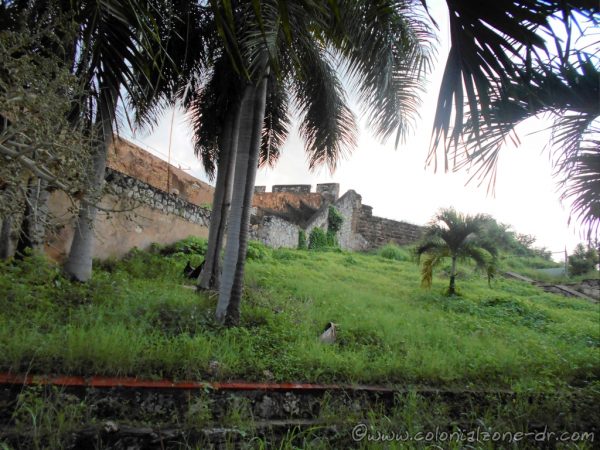 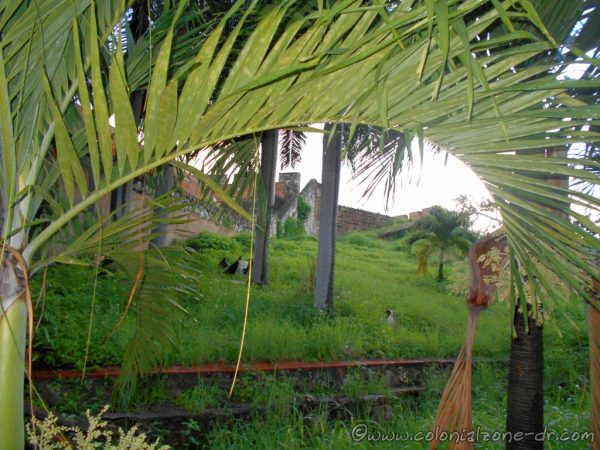 OK. I was taking pics with the dogs close by. A man that was watching me from afar approached me. He didn’t get too close, which was wise, as my dogs don’t like people they don’t know getting too close to their mom.

The guy was looking at me like he wanted something. At first I thought maybe he was mute. Then he started with the world-wide known hand motion of stroking his penis. I frowned and said “what”? Then he said the word very quietly..the bad one..(if your sensitive cover the eyes and pass over this word) “singar” (means to have sex but more derogatory, like the big F word) was his question?

I looked around to see if he was speaking to someone else (the dogs were standing on either side of me). Nope, he was talking to me. I laughed. I could not help it. 5:30 in the morning and I, me, the old Gringa, is getting solicited! Imagine that!

I gave him the ole back and forth no finger gesture. I said “no, pero muchas gracias por la oferta” (Thanks very much for the offer) while walking away, getting out from behind the church. I didn’t go fast, just kept walking my regular pace with the dogs at my side. I could feel the guy watching me. Then he walked back into the weeds and was gone.

I was laughing out loud to myself as I hit the street. I saw a friend and shared what had just happened. He got a little laugh about it also. 5:30 in the morning and I got solicited! I sure hope the man was able to his needs met by some willing human..lol.

Now is time for the obligatory picture of my kids, Teli and Buena. They were strolling through the Plaza Reloj de Sol towards the Panteón Nacional on Calle las Damas. 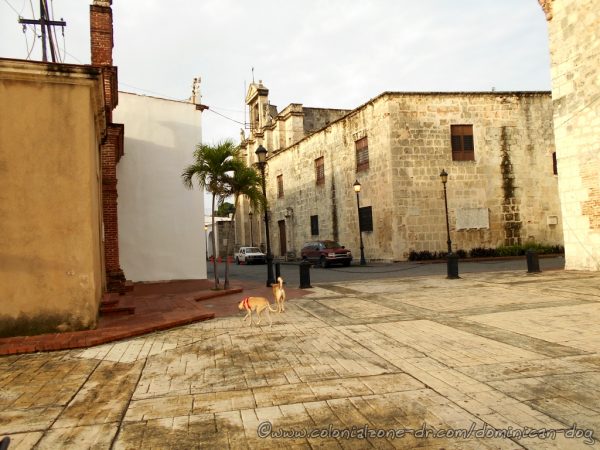 The Dominican Dogs in the Plaza Reloj de Sol