I usually don´t get into the Carnival much these days. I hate sweaty humans all mashing and grinding into me. I am always worried about getting hit by a vejiga (one of the hard bladder ball hitty things the Diablo Cojuelos carry around) and having to get a 3rd back operation without any insurance (I did have insurance but the leader of the group, Miss D. Gunter, canceled mine when I got sick..be cautious). My second Dominican family and great friends got VIP tickets from CLARO and invited me to go with them. VIP it much safer for this old Gringas aching back, so I took a deep breath and said yes, I would go. I am so happy with my decision.

A friend and Rita came and got me at 10AM and we headed out. About 20 minutes into the trip we realized the tickets were back home. We had to turn around and get them. There were a few tense minutes where some coños and other words were spoken. Then there were smiles and a kiss and all was OK.

After getting the tickets and getting back on our way next stop was Jarabacoa for lunch.

I so love Jarabacoa. The sweet country air and the views are spectacular. 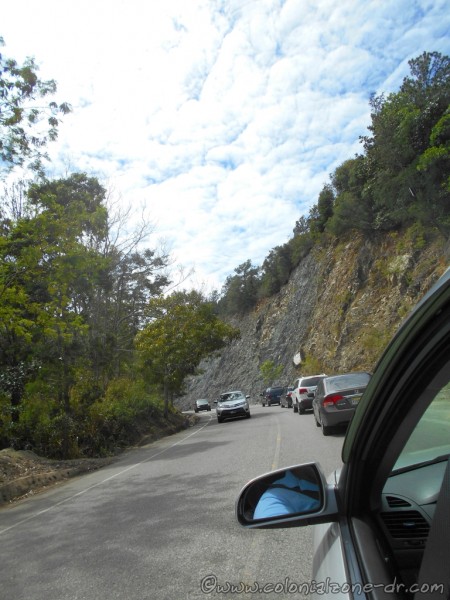 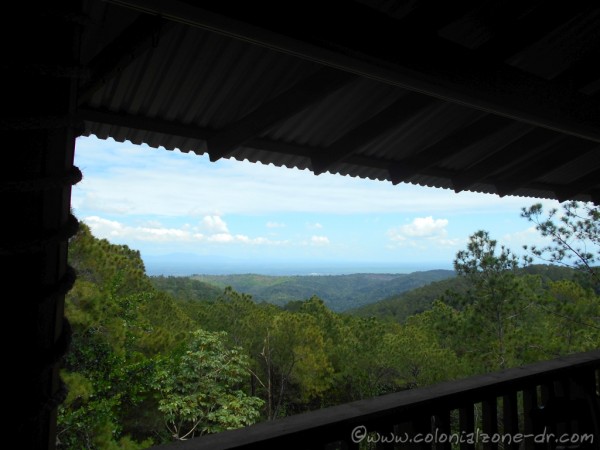 View from the restaurant

The restaurant was one of those famous for Costillas (pork ribs) cooked on a fogón (outdoor barbecue grill). Do NOT touch those nice domed ovens. Those babies were red hot and emanating heat. Of course, we got the ribs and all the fixin’s (slang for all the assorted dishes
that would go along dinner).

Fogón at the entrance of the restaurant 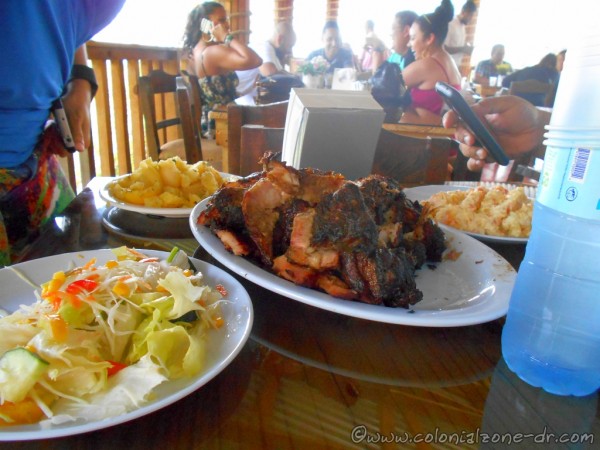 It was heavenly. I also did a very American thing and took the left overs home. Some for me and some for the dogs. Dominicans don’t really do the leftover thing, but me, oh yea, I do leftovers. They were so yummy. Teil and Buena loved them too.

Then! We were off to Carnaval Vegano with full and content tummies. 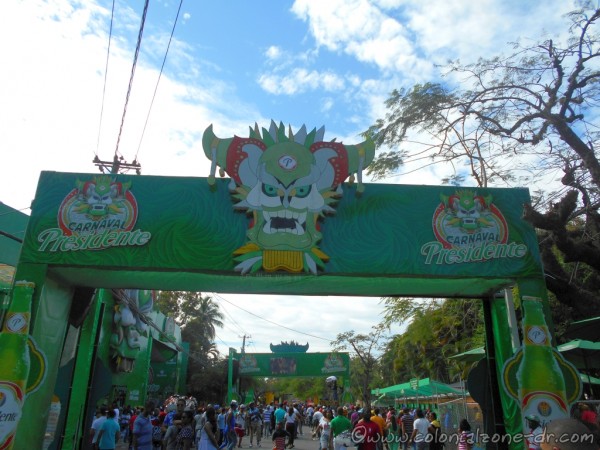 We got the car parked and made it inside the CLARO pavilion with ease. We got into our positions, the perfect spots for prime viewing of all the craziness below.

The music was deafening. People woohooing and screaming. Lights flashing. Drinks were free so all had plenty of liquids (until they ran out later in the day). It was a party!

The music and people went into frenzy mode when the masked creatures were ready to come out of their cueva (cave). This is when the action really starts. 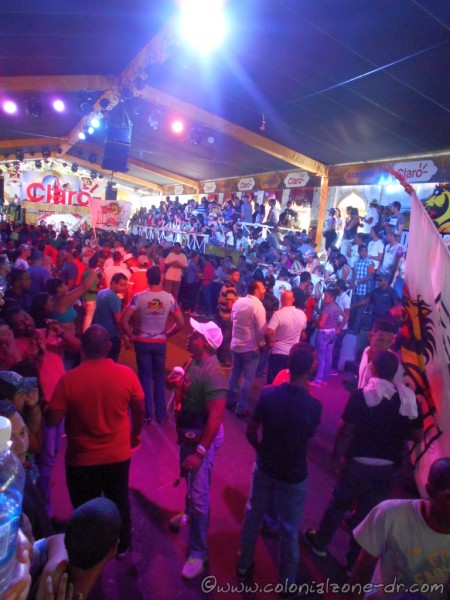 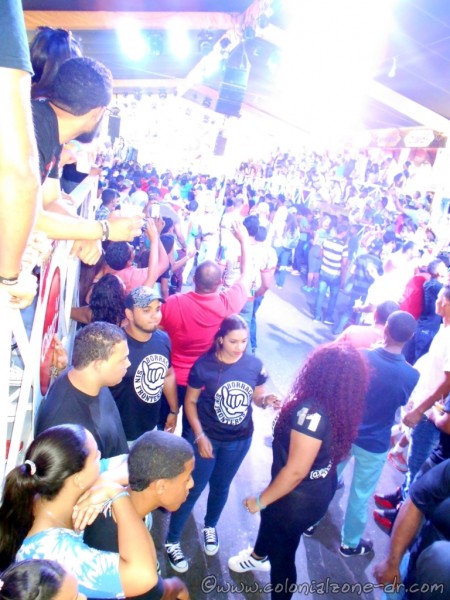 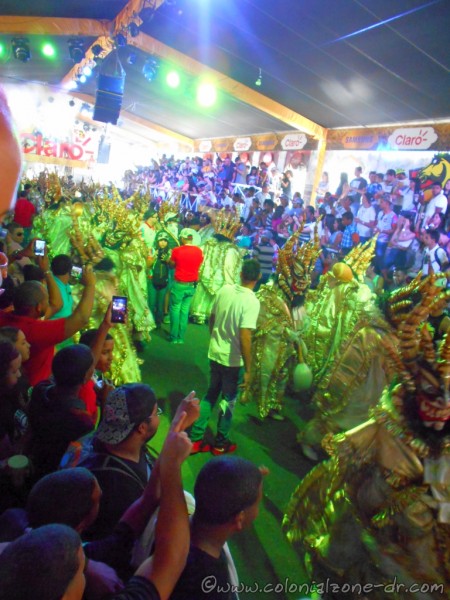 Los Broncos coming out of the cueva 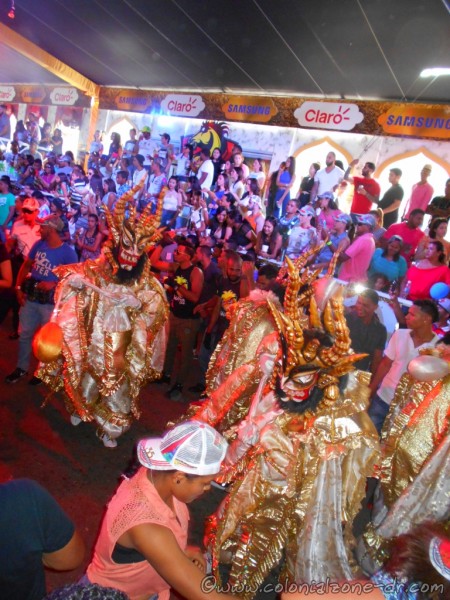 I decided to go outside to see what was happening. I didn’t stray far from the entrance to the pavilion where I was because I didn’t want to get into the crowds of humans and take a chance with my old gal buttox. This is what I saw. 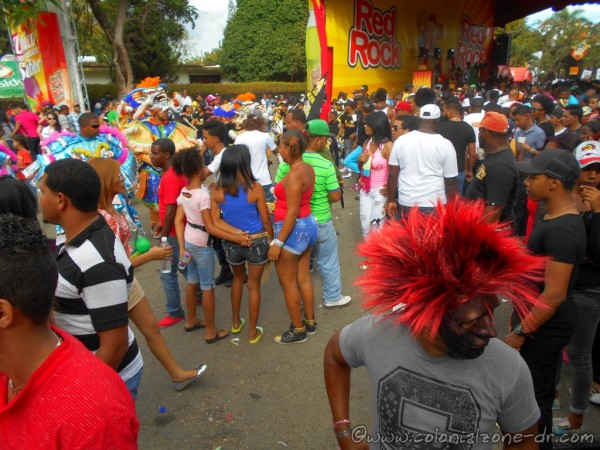 A sea of swirling humanity. 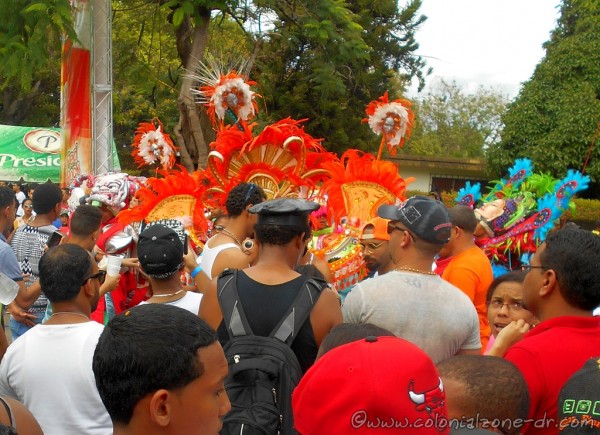 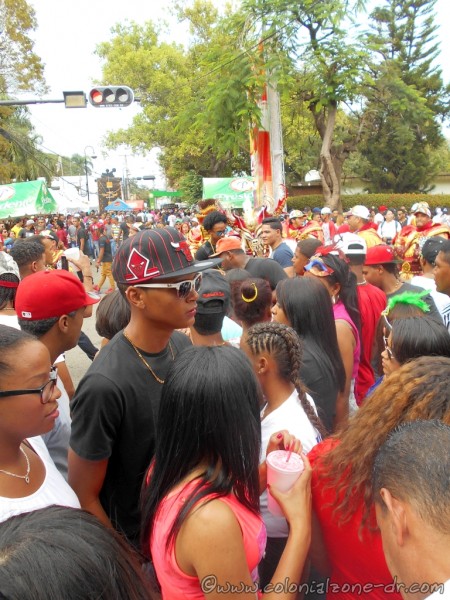 There were colorful humans. 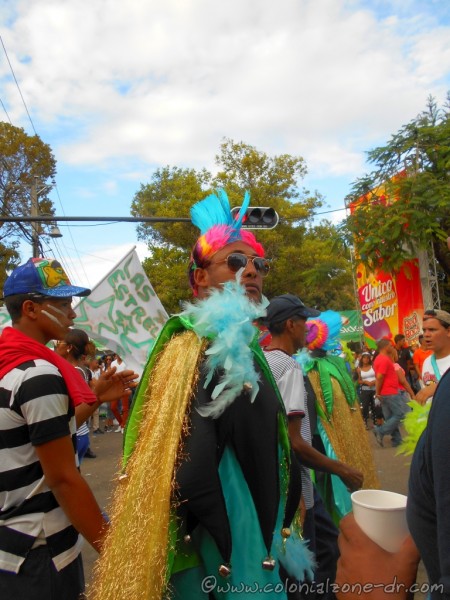 There were hugging humans. 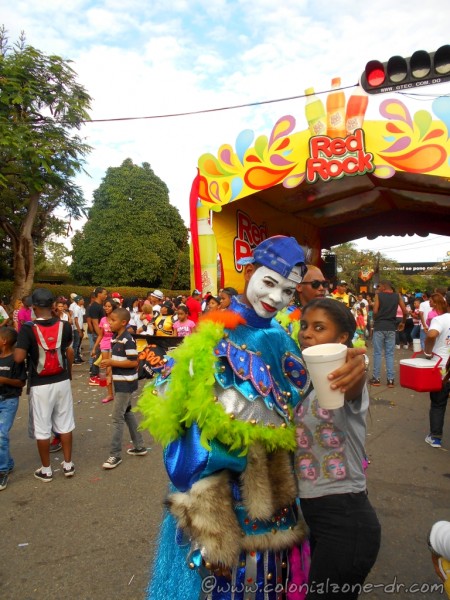 There were fast moving creatures. 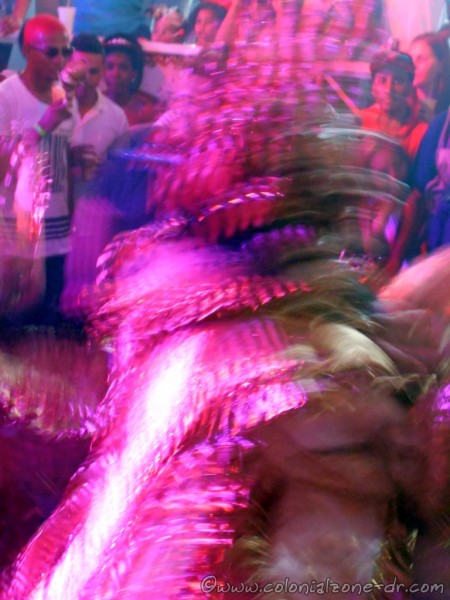 There were cute half human half diablo thingys. 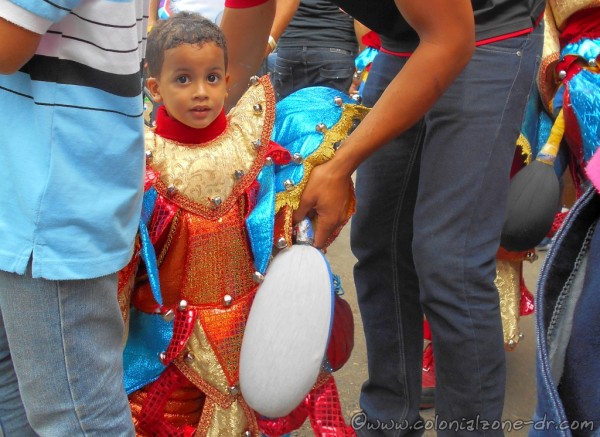 There were cute half human half diablo thingys

There were dirty little mudmen boys strolling around. 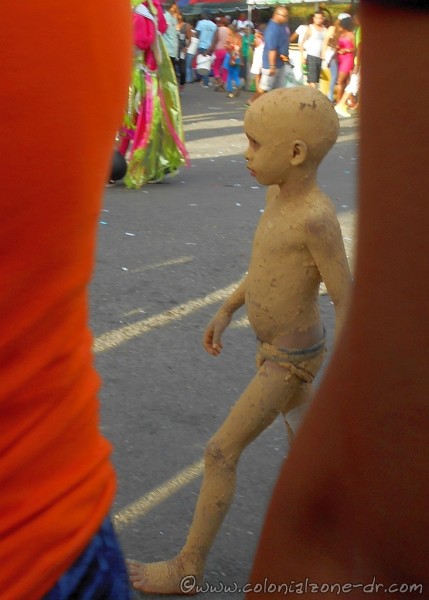 There were dirty little mudmen boys

This is this years mask of Los Broncos. 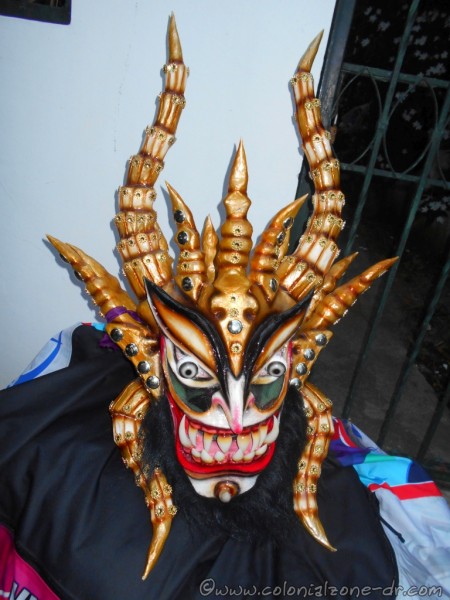 This is this years mask of Los Broncos

It was a great day. Thanks Rita and friend for inviting me. 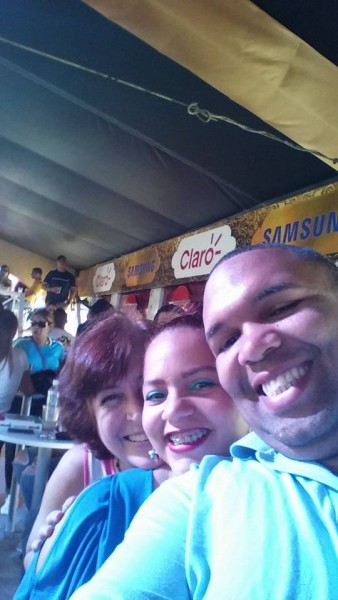 For information about the Carnaval Dominicano, history, creature explanations, pictures, videos and more.