I finally went across the street and visited the new Colonial Gate 4D Cinema located on Padre Billini and Calle Isabel la Católica. I watched the construction in progress wondering exactly what was being built on the corner. 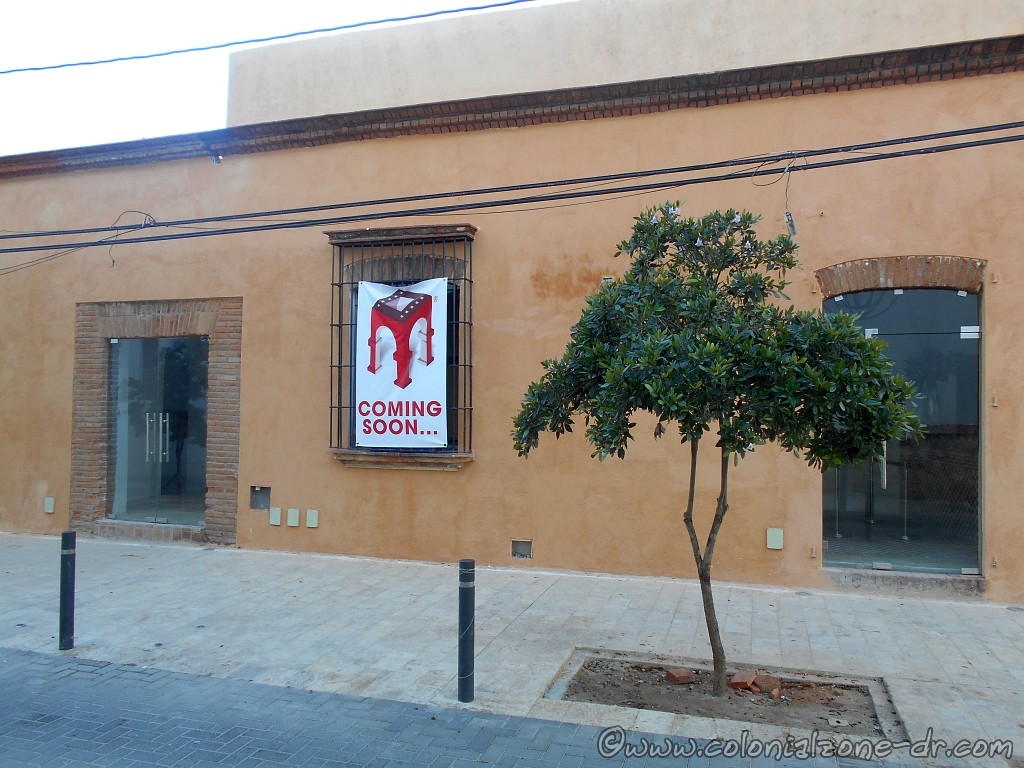 The front of The Colonial Gate 4D Cinema still under construction.

Then when they opened the doors I made an announcement on the Colonial Zone News Blog – “Colonial Gate 4D Cinema” when they started their soft opening but never made the effort to visit. Until yesterday. I am so glad I visited. The entire experience was jaw-dropping, entertaining, educational and enjoyable.

When I walked into the place the employees were very friendly and welcoming. The dog I watch out for from the street, Beza, so wanted to come inside with me. They had the front door open to let in some fresh air because the electricity had been out all day because of some line work being done on their electrical circuit. They finally had to close the door because Beza was getting very persistent in her desire to go in and see the show too. 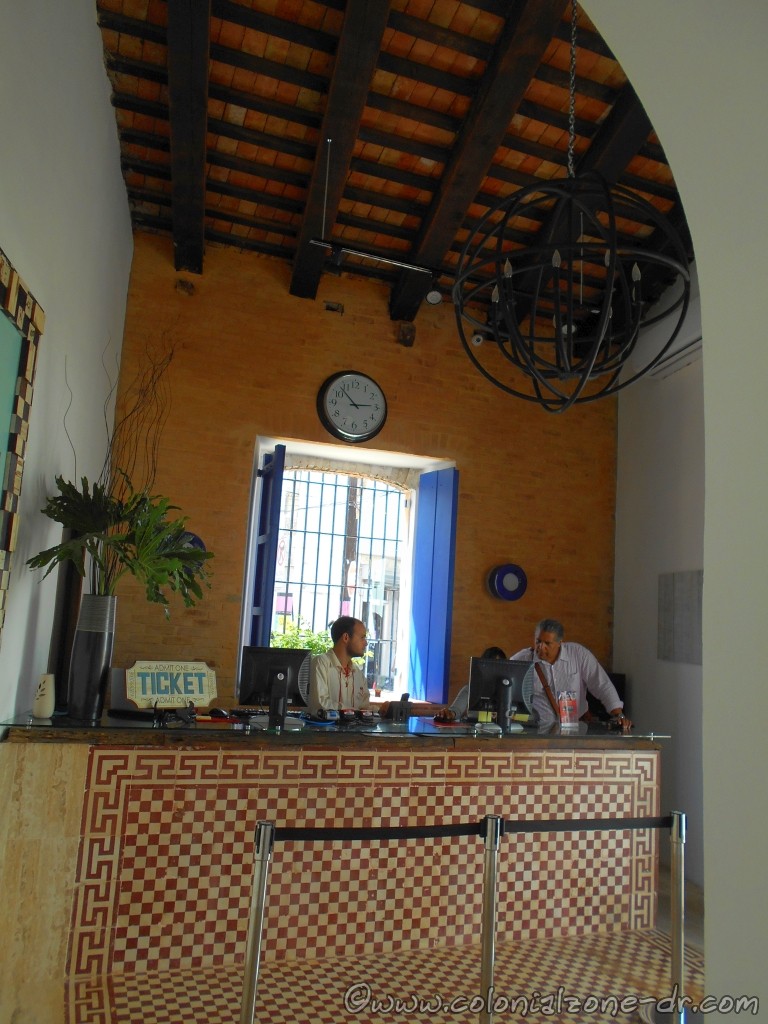 The interior is really beautiful. There is some very unique art work adorning the walls and ceiling There are some interesting wooden pieces designed by an artist from Berlin, Hannah Parr. The chandelier in the front room is majestic and I love the old wooden canoe hanging from the ceiling. 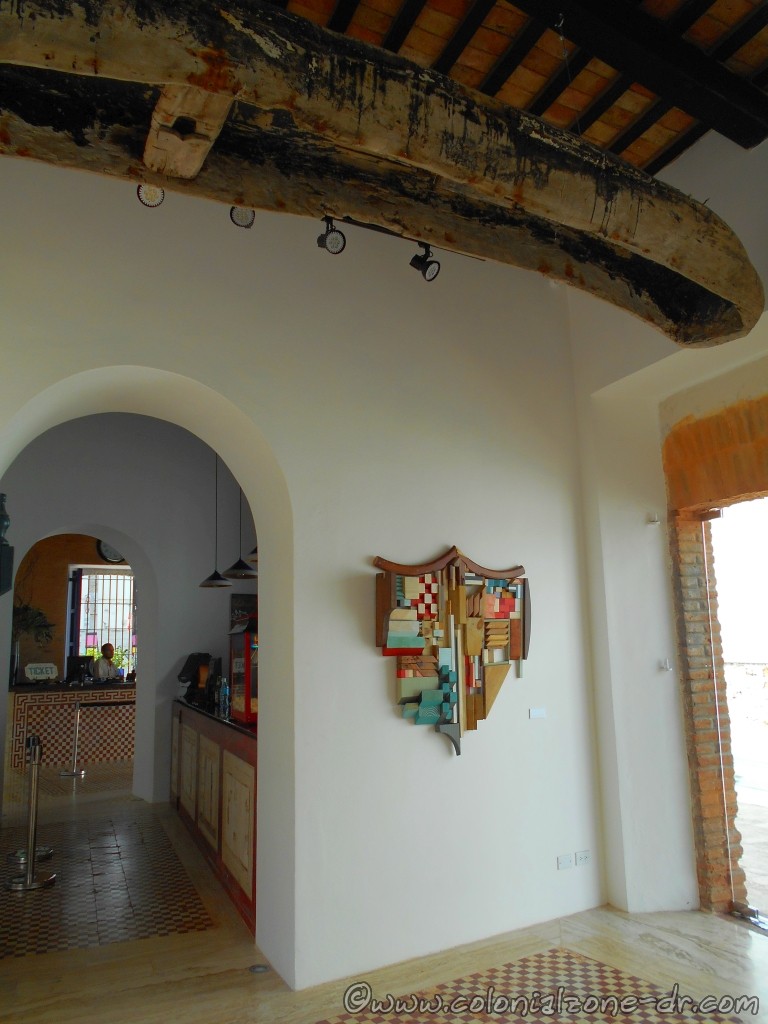 There is a small gift shop with some hand-crafted works of art. I like the old-style wooden tops. 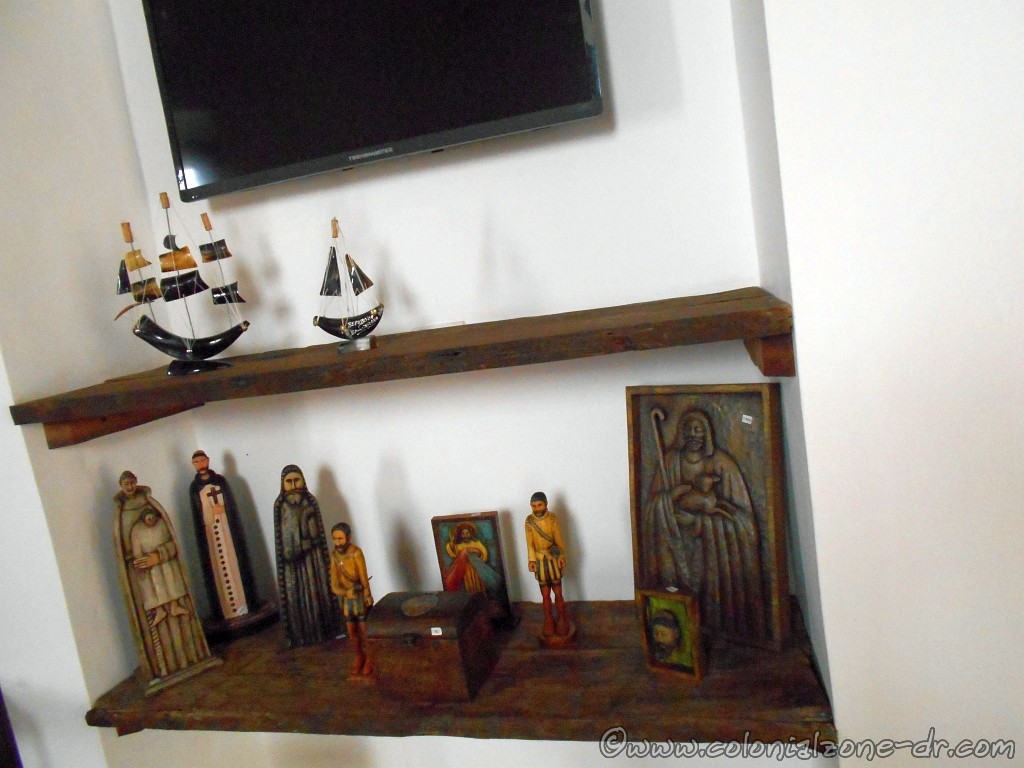 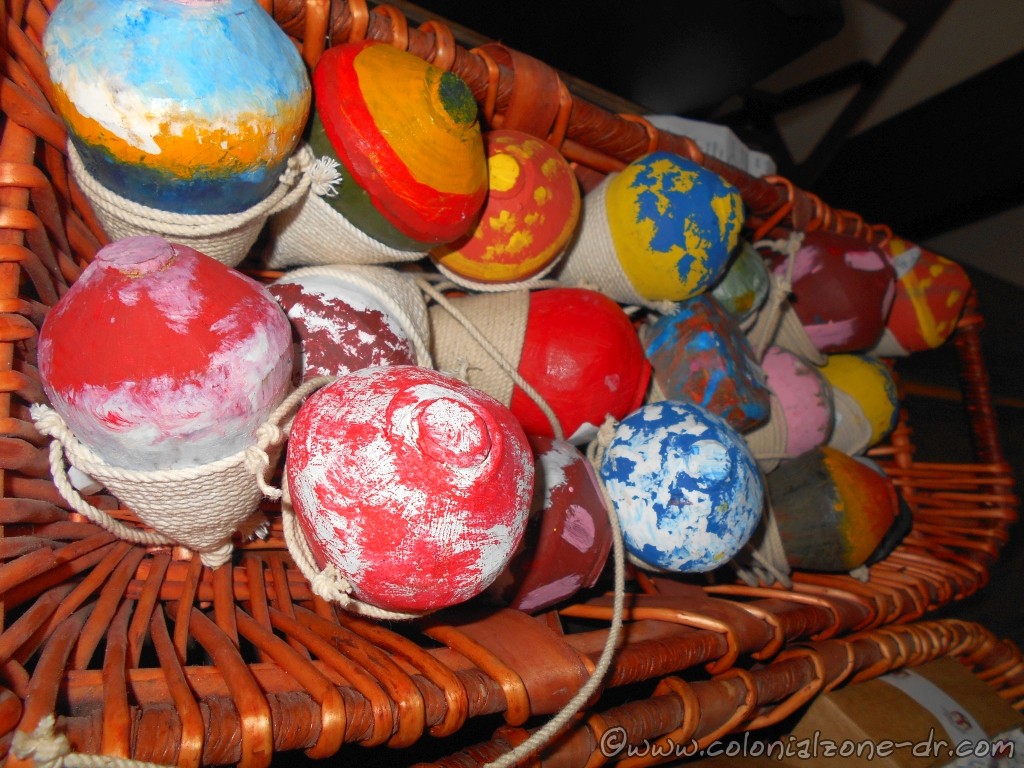 They have a nice little snack bar selling beverages, nachos, popcorn and more. I could not image holding onto a beverage and snack while experiencing the film so if you want a snack I recommend eating it out on the interior patio. The patio is a place I would love to just sit and hang out for a few hours. I love the back wall all in wood. 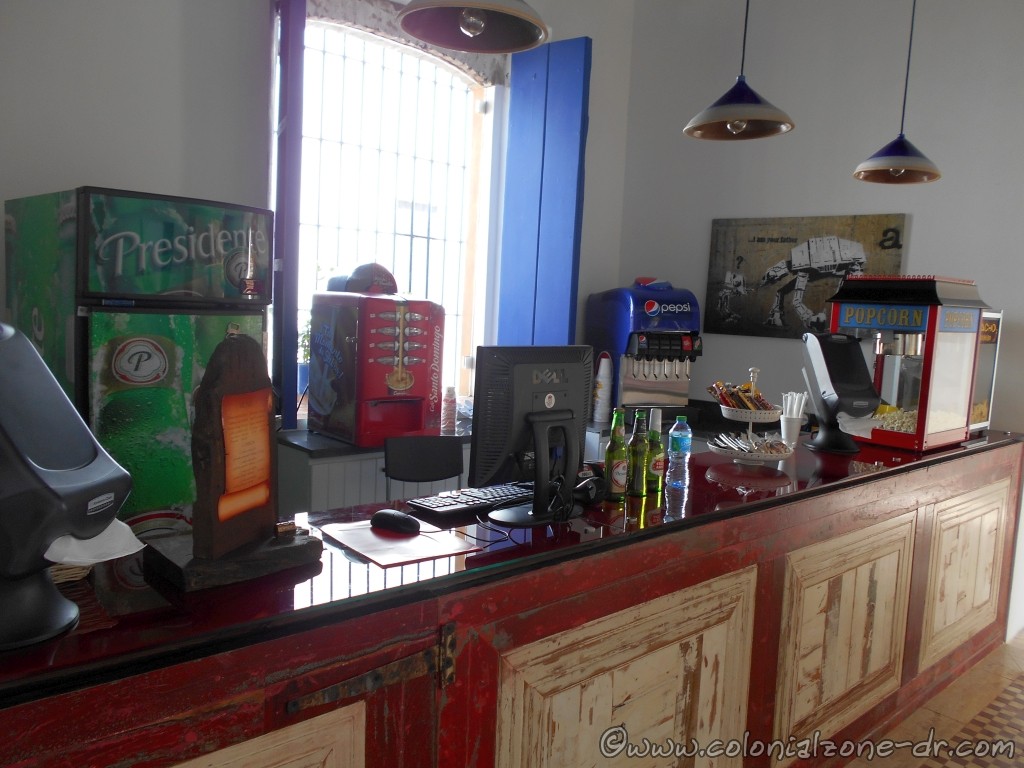 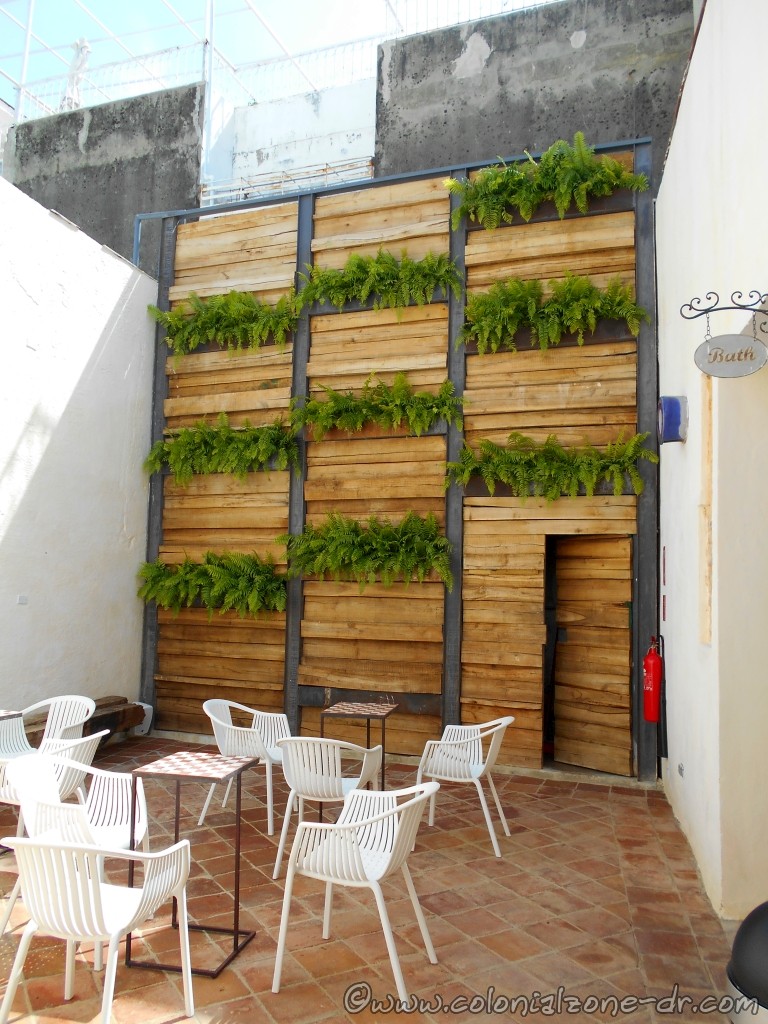 When it was movie time one of the..I do not know exactly what to call her…hostesses maybe? Anyhow, Anna came and escorted me into one of the 2 theaters handing me a pair of 3-D glasses on the way in.

The theater is decorated in a dark purple and the seats are really comfortable. They can make the language of the entire show the same or there are headsets at each chair in case people want to hear the movie in one of the 9 different languages available. The temperature inside is just right, not too hot and not too cold (jeez..that sounds like Goldilocks and the 3 Bears..lol). 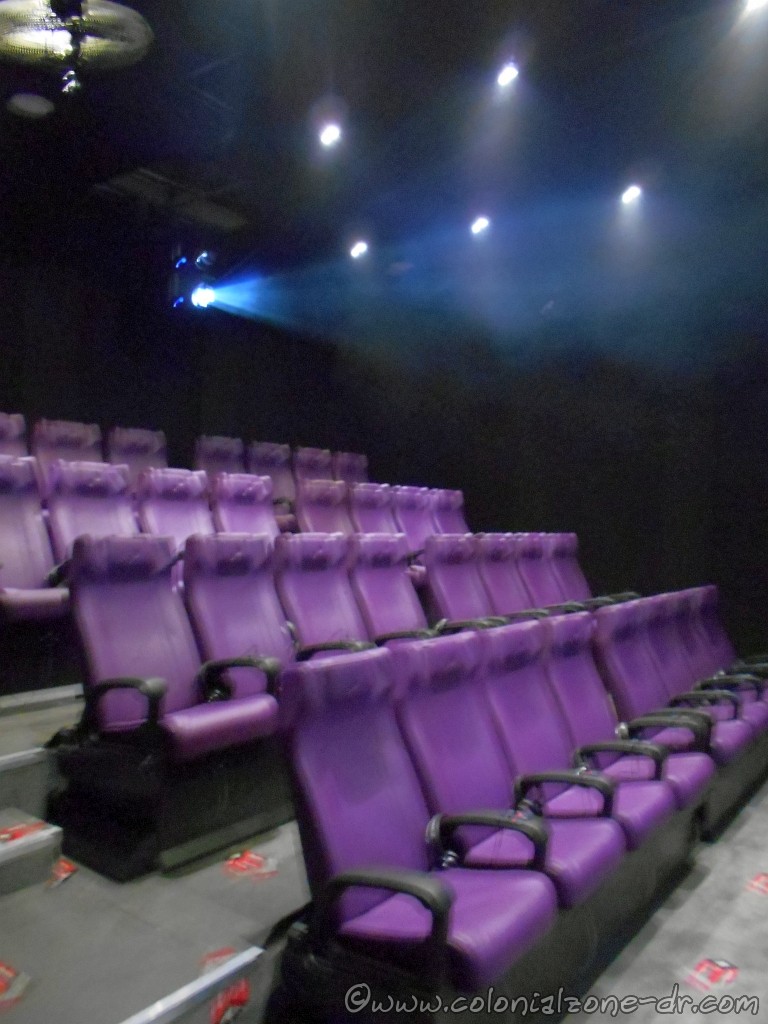 I take my seat in the 3rd row as Anna suggested. I got comfortable, all ready for my adventure. Anna asked me if I knew any of the history about the original Santo Domingo settlement, which I did know much of the history because of the research I did writing my web site. She explained a little about the background of the show and the basic story of Sir Francis Drake (some history of Sir Francis Drake). Then, right before the lights go down, Anna always says “Enjoy the movie. Have a good ride and I’ll see you at the end of the journey”. Then off went the lights. I was ready.

The movie is called “La Batalla de Santo Domingo¨ / “The Battle of Santo Domingo”. It is about the invasion of corsair Sir Francis Drake into the walled city of Santo Domingo in 1586. About how he held the country hostage until he got the cash and riches he asked for, which by the way, he never got all he asked for. The animated show tells the history of the colony and shows how the original settlement looked, which I loved. It shows how the colonists never lost heart even after Drake destroyed much of the city. They stayed, rebuilt and eventually thrived. 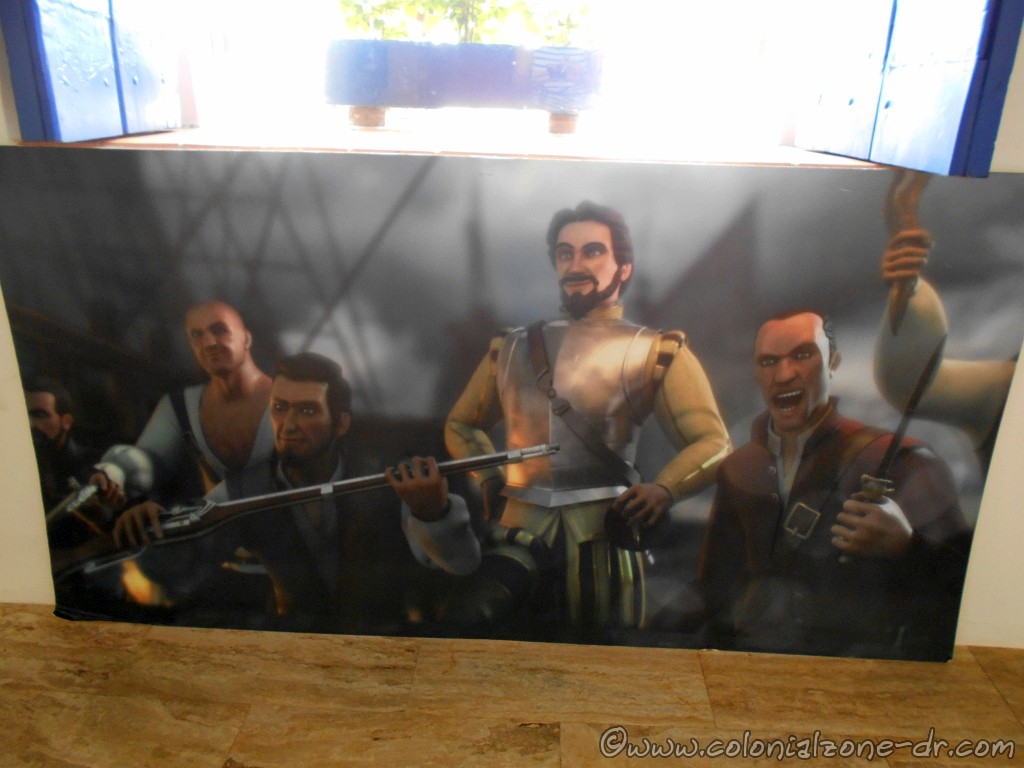 Sir Francis Drake and his crew

The movie, or should I say the ride, started. My jaw dropped and I think for most of the movie it stayed dropped. I was astonished. The cannon fired and the cannon ball whizzed right past my head! When the cannon balls hit their mark it felt like my chair was exploding as it rumbled with the aftershock. The chairs rolled with each wave and when the seawater splashed I felt the spray as if I was standing on the ships deck. It was a full on attack of the Santo Domingo colony and I was in the crux of the battle. I even felt something brush along my feet (my first thought was that Beza, the dog, got inside and what I felt was her wagging tail), my hair blew as something exploded near me. The smells of battle, the smoke, the sounds were all so real. Then when the marauders came onto shore the scent of flowers was overwhelming. In fact the entire experience was, for lack of a better term, a WOW-WEE!

I have to say, from the moment I entered the door to the time I left the building everyone was very friendly and helpful. It seemed like the employees were happy to be there and enjoyed sharing this experience with all.

I did ask Cristobal, the board president, about why they decided to make this type of theater here in the Colonial Zone. He explained that since this is the original seat of the New World it was the perfect place to develop this project. He wants the tourists and locals alike to know about the beginnings of our city, the oldest in the Americas. He said that once a person sees this show they will have a better appreciation of the history when they walk the streets of our city.

I think this should be on the list of must-sees for anyone visiting the Colonial City. After they see this they will understand and enjoy the Zona Colonials rich history much much more.

Check out the reviews for The Colonial Gate 4D Cinema on TripAdvisor.

*Note – if you have an unhappy back you might want to opt to stand or maybe ask for a chair that does not move quite as much.