You would think after living here for over 13 years that I would speak perfect Spanish – WRONG. You might think that I could speak very good Spanish – WRONG. Are you asking if I speak just a little..or un chin..well, most of the time.

I speak Spanish MACHUCAO! Machuca. All mashed or beaten up. Yup, that is how I speakie mí Español.

OK. now on with the story.
I had some left over beans so I figured I would make a big pot of chili and freeze it in single servings. I did not have any green peppers to add to my leftover mix so I had to call the Colmado to deliver some. I am sometimes just too lazy to walk down the road a few blocks.

Here is where I messed up. I should have looked up the work on the computer first but I never thought of it. When I have to change my brain from English to Spanish it usually takes me a few sentences, at least, to start speaking in Spanish.

I ordered what I needed and started to do the cooking. The guy came with the bag about 10 minutes later. I paid and opened my bag.

All I ordered was there except NO PEPPERS. In their place was 4 hugh cucumbers. I did not order cucs. Then it hit me! I did the English word first then the Spanish word I thought was right. I said Peppers then said Ají (I am not even sure if that is the correct word). But I guess the guy had selective hearing and he heard only the word peppers and it sounded like pepino (cucumber) so thats what I got. 4 big honkin’ cucumbers. 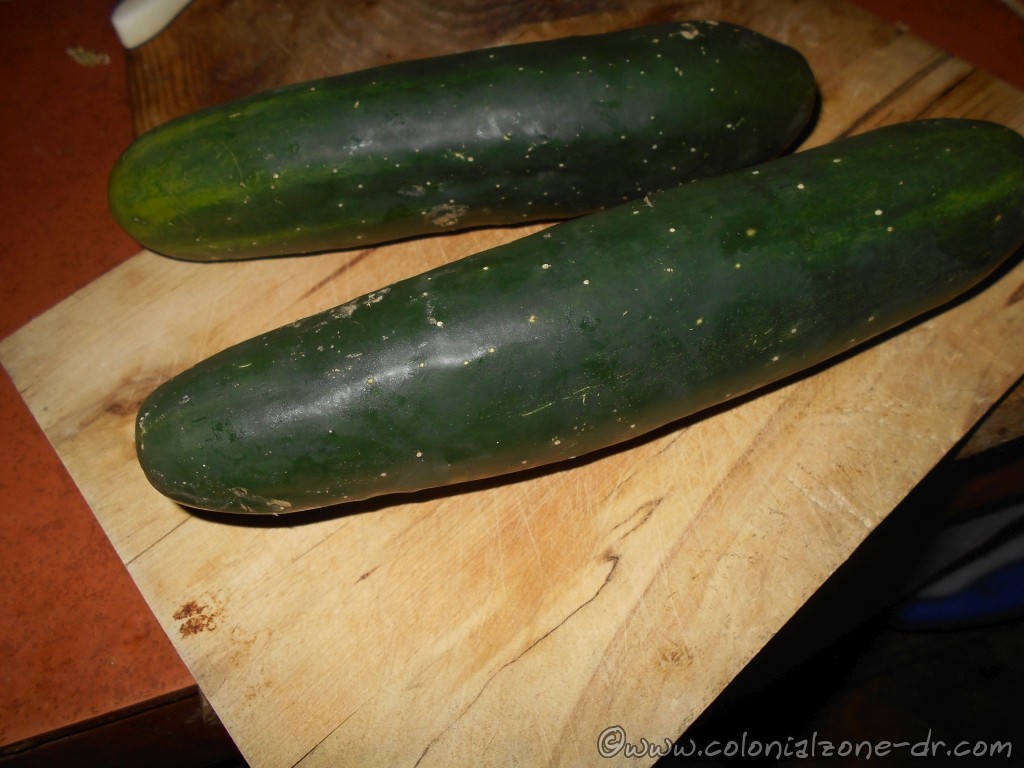 What can one do with so many cucs? I can make a salad. Some veggie dipping sauce. A cucumber sandwich. But jeez, I cannot eat all those cucumbers.

I hate food to go to waste so I decided to try something new. I make juice or batida (a fruit blender drink made with milk or carnation) with fruits and veggies I have in the fridge. Usually some fruit, maybe a carrot or some broccoli if I have it. Whatever seems like it might be good gets added to the mix. So I figured I might as well throw some cucumber in and see what happened. It couldn’t hurt.

Yesterday I did papaya and cucumber with milk and ice. Not bad. Today I had some left overs so I did papaya, cucumber, a few pieces of watermelon and a half a frozen banana with some plain yogurt and ice in the blender. Not too bad at all. 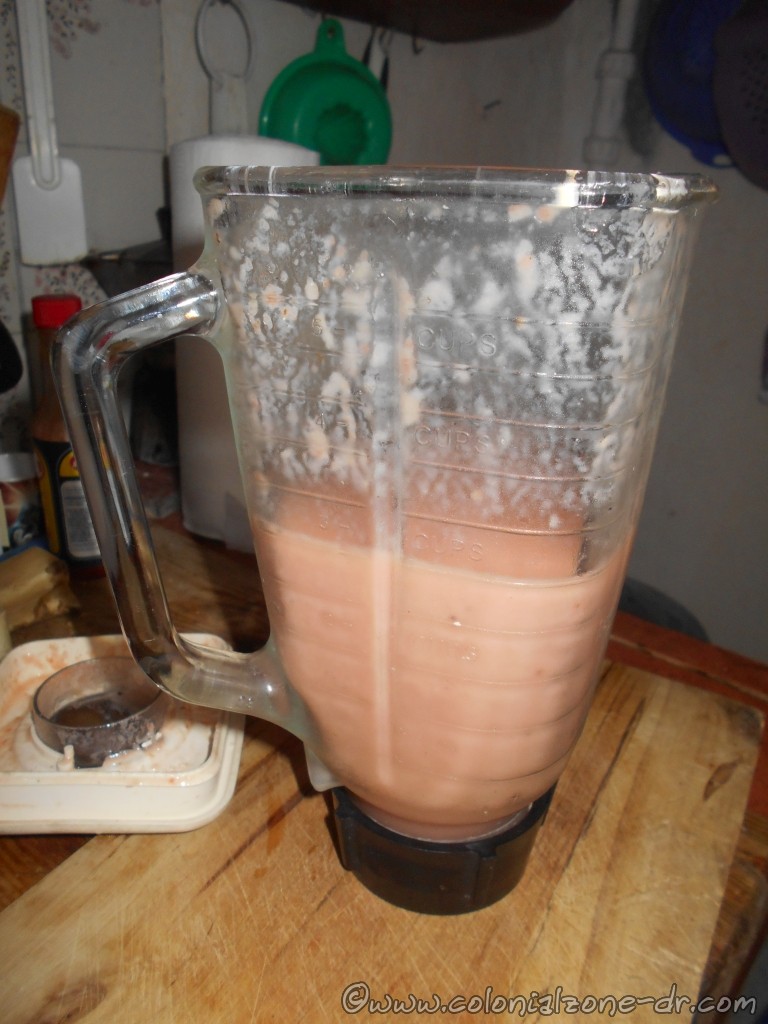 Oh, I also got a booboo this morning. Taking the morning romp with the dogs they were running and I was not paying attention while I was talking to some friends and BAM! 3 dogs ran right into me. 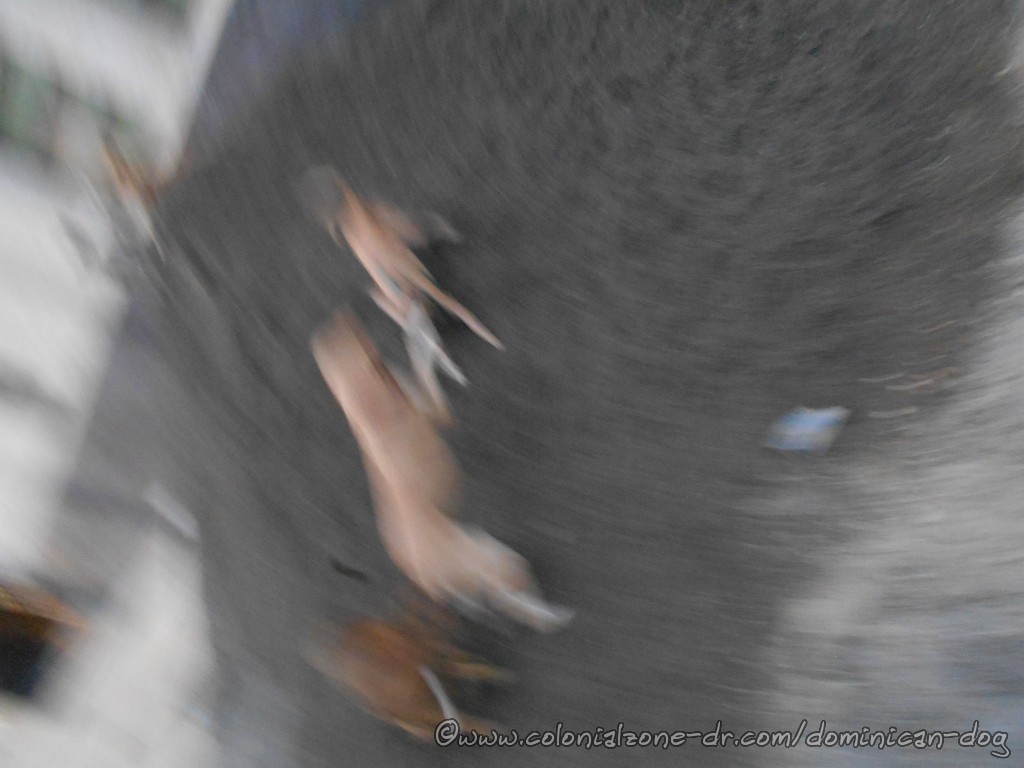 How I felt when I fell down. Teli, Buena, Zippy, Julio, Beza and Fuzzy

I fell down in the street that is only dirt as it is under construction and I skinned my knee.

4 guys came running to pick me up. I was covered in dirt and had a nice (or not so nice depending on how you see it) scrape on the side of my knee and the dogs did not even pay any attention to my fall. They jumped right over me as I was brushing myself off trying to get up and making sure all body parts were in tact. 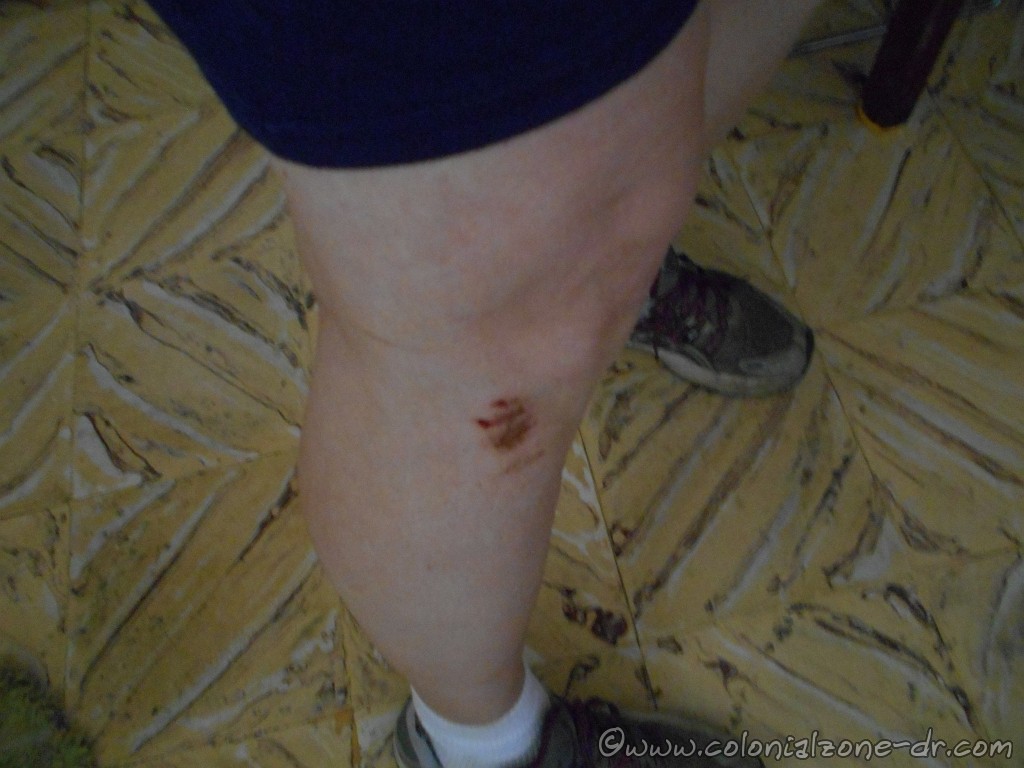 I bet that tomorrow my body will be a little sore from the slamming into the road that it did. But at least I have cucumbers and a good cold blended drink to ease this old gals aching body.

One thought on “My Bad Spanish”