I decided to take the dogs to the beach today. We headed down the hill to Playita Montecino. They fixed the bridge crossing the Malecon which is great because I just cannot cross that road when it has traffic. The cars go too fast and they frighten me. I keep thinking what happens if I make a run for it and trip and fall, which I do often it seems, then I would be bloody deceased or at least have a new tire tattoo somewhere in my ole body. I never used to think of tripping and falling when crossing a street until lately. Guess that happens when you get old ehh? LOL

We went a few days ago to the beach around 5AM and many of the local street dogs were there. Bruiser and his Harem, Ojo (she only has 1 eye, Mia and Lady who is very pregnant (they live at the Ruinas del Monasterio de San Francisco). Julio showed up too. 7 dogs in all. What fun they had. 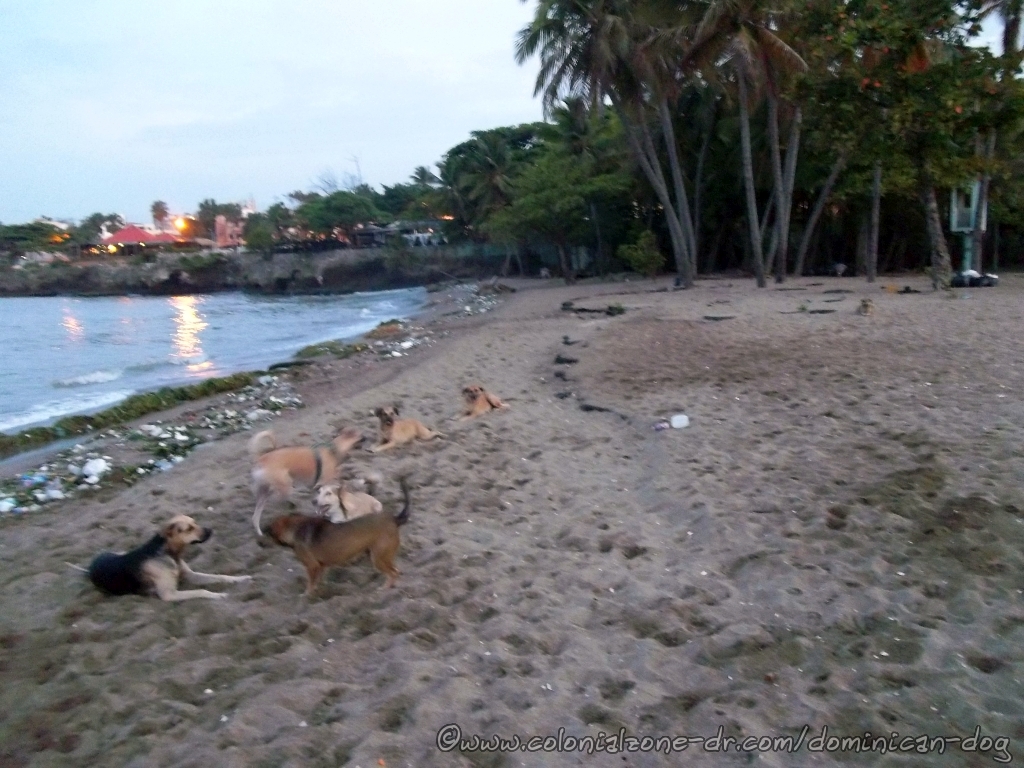 Teli and Buenagente were so happy when they saw all their friends there. They had a great time running around and romping. Me, I was thinking how I was going to get all these dogs across the Malecon in one piece. Imagining all sorts of nasty bad scenarios in my head.

I made sure we left the beach early before the traffic got bad. They all followed me. Bruiser led his girls. I was ready to get the help of a Guachiman (watchman) to help me stop traffic so all could cross safely. Thank goodness when we got there there was an opening in the traffic where we could all cross without us having to play traffic cops. I could breathe easier now.

This morning Buenagente was outside waiting because he was out partying all night and never came in. He does this a few times a week but he is always there in the morning waiting for his morning walk and then breakfast and time to sleep in the house to recuperate after a long night out.

We headed to Playita Montecino. We cannot go into the Fortaleza Ozama. The director does not like dogs inside. Teli hates this and puts up a fight every time we pass the entrance gate to the fort. She loves it there where she can run freely. But, there is nothing I can do, we cannot go in there, at least for a while.

We crossed the bridge. Got to the beach. I let the dogs go free so they could run. They were having a great time chasing each other and playing dog style. Until..

I saw Teli go down and start rolling. Buenagente ran over and joined in. I went running. My run is not that fast these days but for me it was a run. They found some nasty, stinky, repulsive putrid thing and were bathing in it. From the tip of their noses, down the back and onto their tails. They were covered in a white nasty slime that stunk like..well..like a rotten fish rolled in chicken guts then dunked into a vat of baby poo all steeped in the hot sun for a week or so. They were so content rolling as I tried to get them away, covering the nastiness only to have them return and re-roll when I thought they forgot about it. 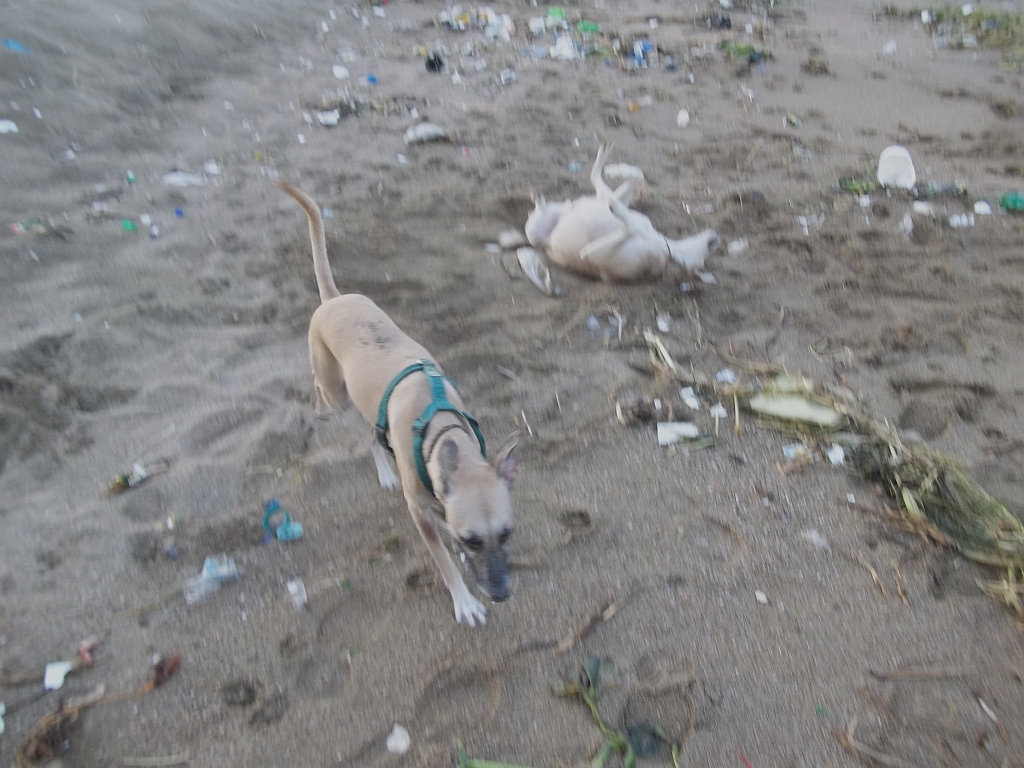 I had to get them home and get then bathed fast. As we were walking you could almost see the smell rolling off their bodies as we walked. Thank goodness they were down wind from me. But I got some on my hands and it stunk BAD. I was gagging and could not even cover my face because both my hands were tainted with the putrid stench.

I got the kids home. I let Teli in the house and had to make Buenagente wait outside until I bathed Teli then he could get his bath. We head right for the shower and Teli got her bath.

I went out to get Buenagente and he was outside in his sot on the sidewalk. I called him. He would not even look at me. I went down to the street to get him. When I got close he ran from me. I went back to the door and he returned to his spot. He was mad at me! He would not respond to whistles, food or my smiles. He either knew he was next for a bath or e was angry because I closed him out while I bathed Teli.

So, Buenagente is outside in the street spreading his stench to all his haunts. He thinks he is going to be the tour guide like always but just wait until he gets close and they get a whiff of him. I hope he gets back here soon so I can bathe him. The longer that smell is on him the harder it will be to wash it off. As it is right now, Teli is going to need another bath this time with some baking soda because i can still smell the nasty on her.