I have been reading about the free New York City Condoms (“The New York City Health Department gives away 38 million NYC Condoms a year in an effort to stop the spread of sexually transmitted diseases and limit unplanned pregnancies”) that made their way to Dominican stores. These free condoms are being sold in some Dominican stores and pharmacies at about half the price of the regular condom brands. I really did not pay attention much because it did not effect me in any way…until….

Yesterday when Teli, Buenagente, Zippy and I returned from the morning walk something caught my eye. It was in the street directly in front of the door to the building where I live. It was a shiny package and just looked like something good. I am not beyond seeing something good in the street or trash and confiscating it. So, I picked it up. My eyes are not in the best shape and reading little print without some reading glasses is impossible unless my arm grew 3X’s as long as it is. I did recognize, from ancient memory, that it looked like condoms.

I got the kids in, fed and watered them. I put on my glasses and checked out my find. There it was NYC written on the package. It was the famous NYC Condoms and they came right to my door! 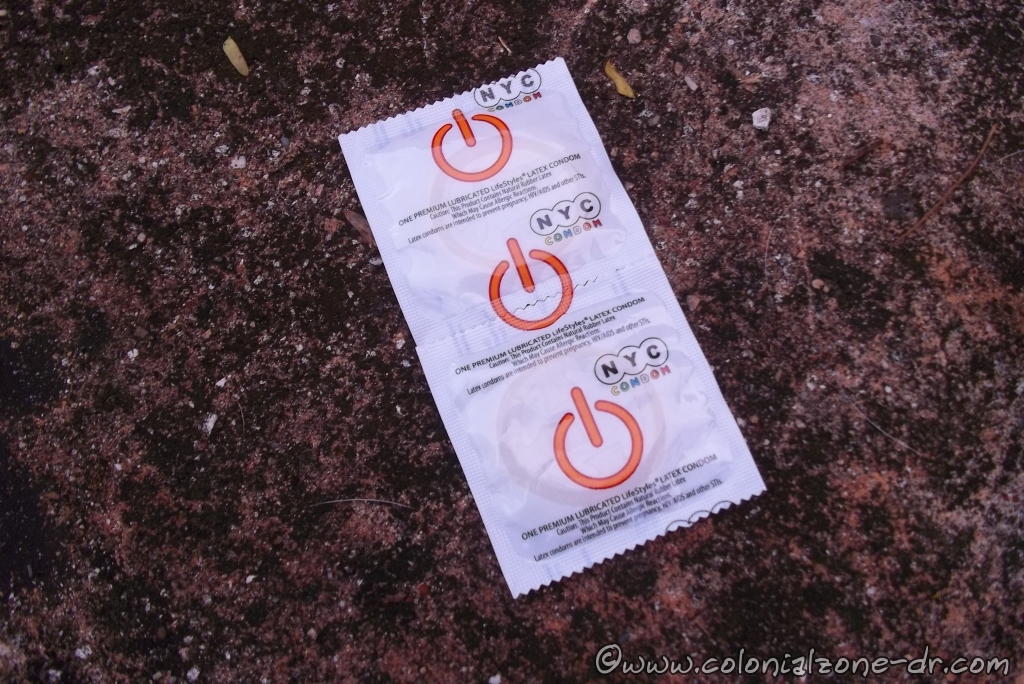 NYC Condoms at my door

Now we all know how these condoms came to be in Dominican Republic. They jumped in a yola (a small to medium sized fishing type boat also used to transport illegal immigrants off the islands) and distributed themselves throughout the country by laying in the streets at everyone’s doors. They brought themselves here!

Maybe next time I find some condoms in front of my door they will be the new King Sized version of the NYC Condom just in case you know. wink.wink..nudge..nudge.