Today I had to run out to the Pharmacy to get antibiotics for Buenagente because he is supposed to get his teeth operated on Saturday. I left him outside because I had already left him and Teli in the house when I had to go out a little earlier and I still do not trust him to be in the house alone for an extended period of time.

So anyhow, I had let him out and there he was in the entrance to the building waiting for me when I went out. There was nothing I could do. He had to follow me all happy with his tail held high.

He went into the Pharmacy with me and while I was waiting he went into the little gambling place behind. They knew him there already. Then there was an elderly lady with a gauze bandage around her arm. He ran to her and was licking her exposed fingers. She was afraid at first but then she fell in love with him.

After the pharmacy I had to get a few things on the Conde at the Despensa (its called the Bravo Express but to me it will always be the Despensa). I told Buena to stay outside with some people sitting around the front.

I went in to pick up a few needed things. Eggs, bread, dog bones hot sauce and veggies. My staples.

I left the basket there and walked him back to the door where the store manager was standing saying that Buena just ran past him and he did not know what to do.

This happened 4 times and each time there was Buenagente coming to find me while I was shopping. His tail was held high and he was all proud of himself by finding me in the aisles. I was laughing inside but i could not let the managers see me thinking it was a funny thing seeing good ole Buena going shopping.

Finally, I got him to lay outside in the shade across the street. He decided to stay laying next to an old fried of mine, King, who said he would try and keep Buenagente there with him.

I finished my shopping which should have taken 15 minutes bu turned into a 1/2 hour because of all the Buenagente happenings.

I came outside with my bags and good ole Buenagente was laying there starring at the door. When he saw me he came running and he walked with me back home.

I need to get one of those dog back packs so he can help me carry some groceries next time. He can work for his bones.

Is not he just a cutie? 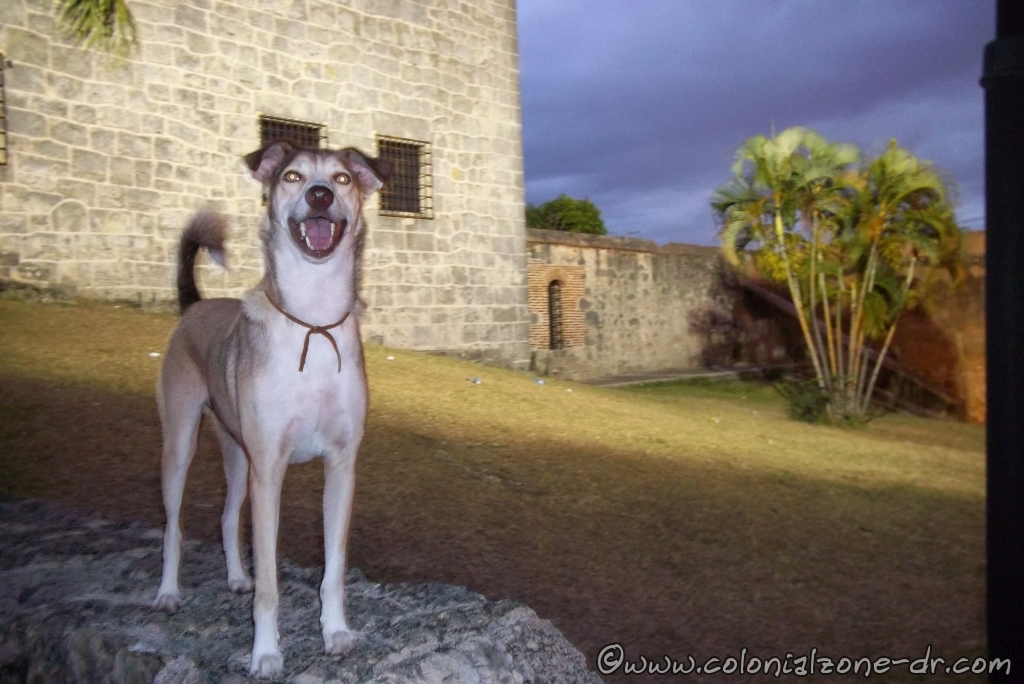 One thought on “Buenagente Follows”