If you did not realize it is Carnival time again in DR. Carnival is big fun and is one of the biggest festivals held yearly the entire month of February ending with the big parade on the Malecon in Santo Domingo the first Sunday in March. (More information about Carnaval Dominicano)

When I first moved here I went to all the carnival activities. Now I like watching it from afar. I am not into the crowds and crazy humans all surrounding me. I do enjoy the party but from a distance.

Last night I was in the house and heard a bit of a ruckus out side. There is always noise because of the new bar across the street. But this was different.

So I grabbed the camera and went to the window. 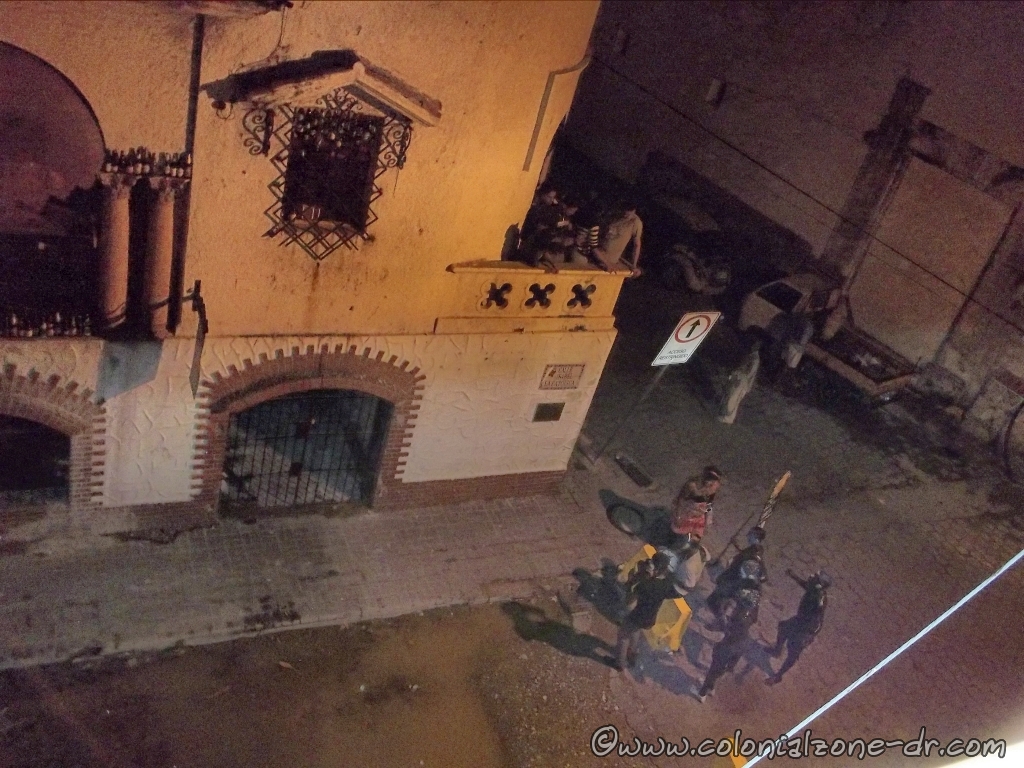 “Dime Algo” Los Tiznaos/ The Stained Ones dancing and singing

They must have some camera detecting xray eyes because I was on the 3rd floor taking pictures and they saw me through the venetian windows and had their hands out begging. This is what these Carnvial Characters do. You do not give money there is the chance they will touch you and get their nasty oiliness on you.

I was very generous and dropped down $5 pesos.lol. I saw some of the people on the balcony of the bar dropping paper monies down to them, especially after the large bottomed woman did a dance for them, so I did not feel bad as they made some good monies on that corner.

I do love Carnival!

3 thoughts on “Dime Algo – Views From My Balcony”