My old fan just keeps going and going. I probably have had it for at least 5 years or more. After a few years the nut thingy that holds the safety cage on got stuck and I fought with it to get it off but it just did not budge.

I asked friends to try and see if they could move it. Finally one did it in. I had to cut the plastic nut ring because the metal cage would not stay up and the blade of the fan hit the cage.

This made my fan turn into the Death Fan. One day I was trying to get the blade to not wiggle and it hit my thumb. Right where the nail bed is. The fan blade broke off as it dug into my poor thumb.

It was really nasty. It cut right where the cuticle start and into my nail. As it healed and the nail grew out the nail was all messed up because it was cut half way through. I ad to keep cutting the old nail off as the new one grew in. I probably should have just went to the doctor and had him take off the nail but nooo.. I don’t like doctors so I suffered.

I had a blade I saved from an old dead fan and replaced the broken blade. If the stupid nut from the old dead fan would have fit I would have saved a big booboo, but no luck. It didn’t. So the fan sits in the living room surrounded by whatever I can surround it with to keep the dogs and myself away from the blade.

When Teli starts playing with her friends in the house I have to turn off the fan because i don’t want to take a chance of them getting too close and having their tails or ears caught in the death blade. 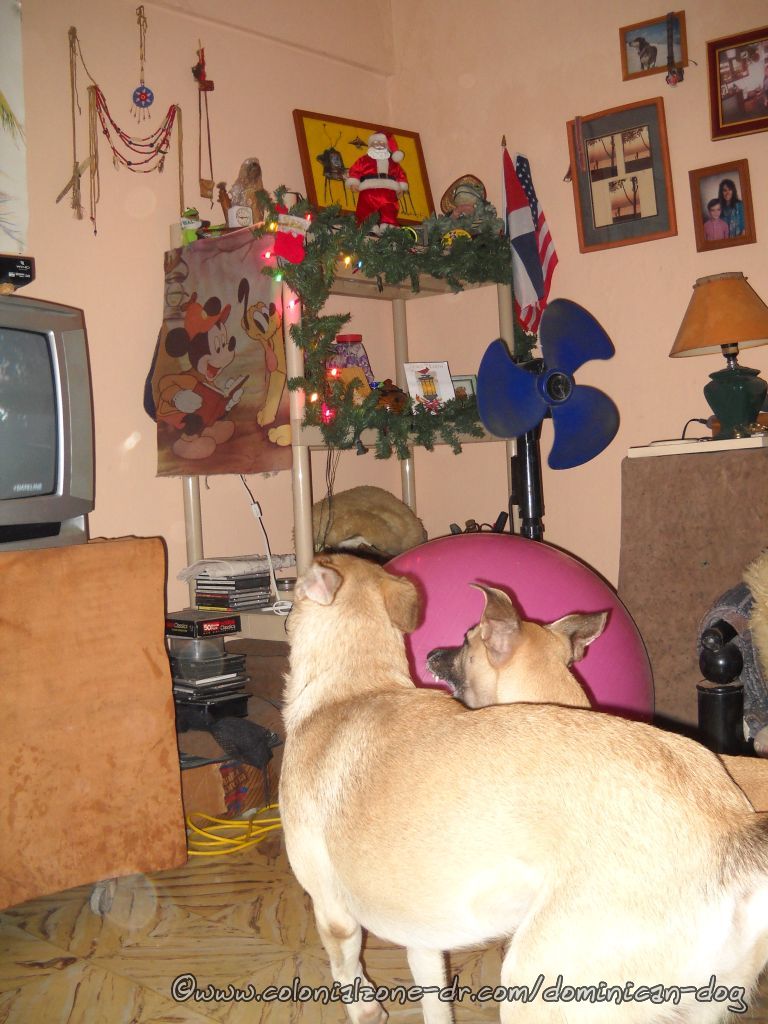 Teli and Buenagente playing with the Death Fan in the background

I did buy new nuts at a Hardware store 2 times but they didn’t fit. Dumb, stupid, dumb me, I never though to save the old cut-off nut to find a replacement.

One day walking on Playita Montecinos in the morning romp with the “kids” (the kids are the dogs) what to my eyes did appear but a fan nut laying in the sand. I picked it up hoping it would fit my death fan. My cut finger was all healed by this time but holding that nut in my hand my thumb had phantom aches just thinking about its booboo.

I got home and went right away to the fan. Took off the blade and Waahhllaaah! It fit. I was so excited I did the happy dance with Teli. 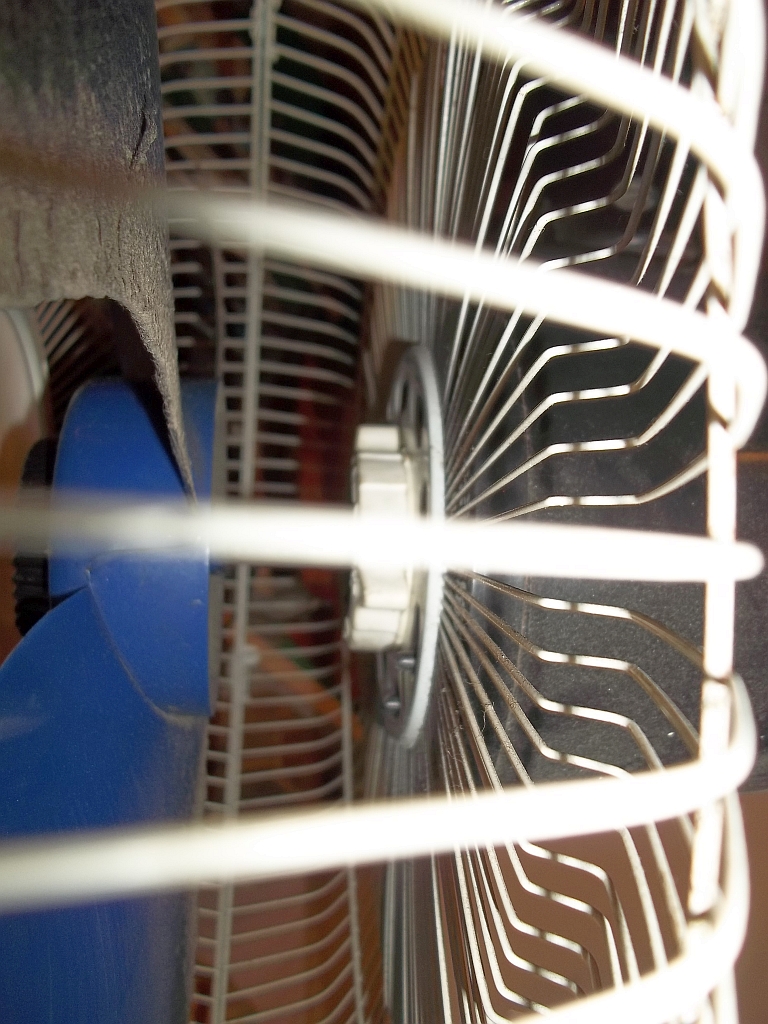 The little white nut that caused all the trouble

I got the ladder. Climbed up to the storage spot where the protection cage was hiding all dust covered. Brought that baby down, ave it a bath and repaired the Death Fan. 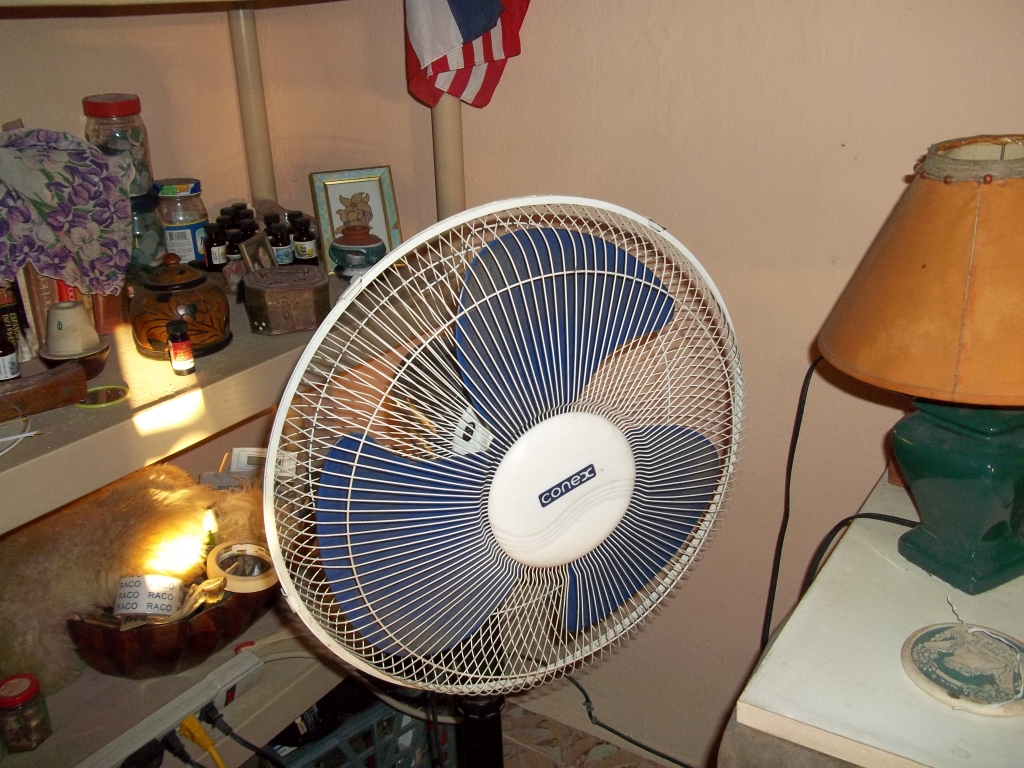 The Death Fan all fixed and ready to do its job

I am content. The Death Fan is ready to do what it was meant to do. Fan me safely.

Another good find in the beach junk that plagues the shores of Santo Domingo.