I was just getting ready to go and make some lunch when all this yelling and police sirens came up into my abode from the street.

There were at least 6 motorbikes with police and at least 5 police vehicles speeding down the road. Every police person in the area was standing in the street along with all the money change guys and many of the neighbors. All yelling and making a ruckus.

It took a little bit for my camera to turn on but these are the pictures I got out my window. 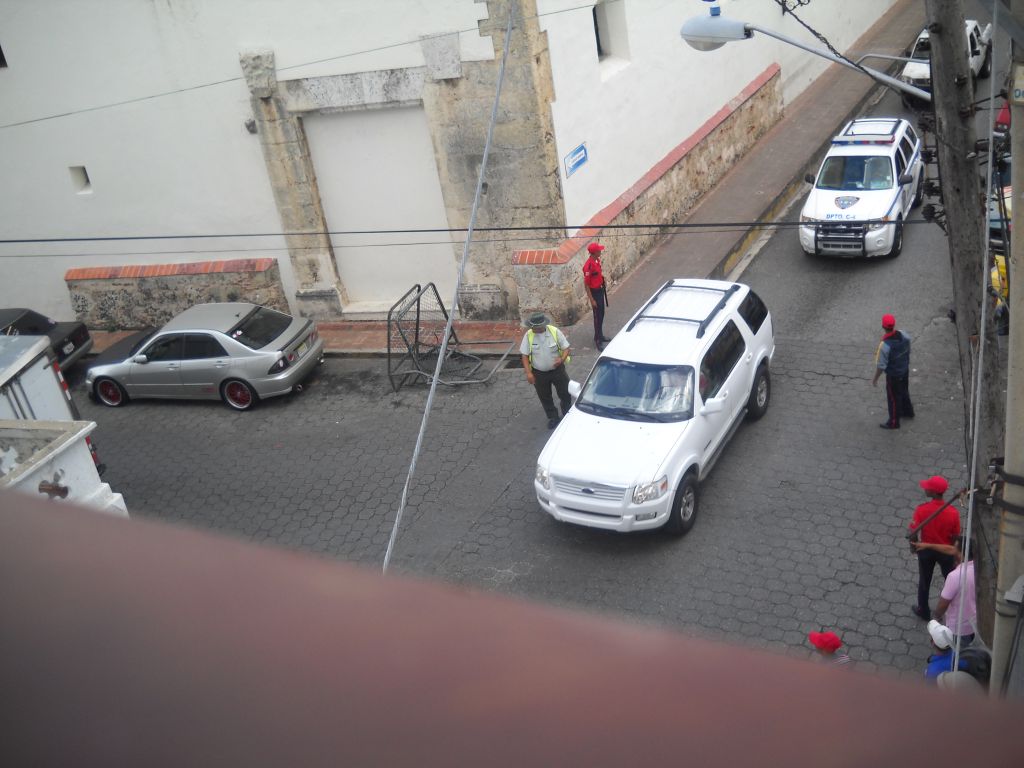 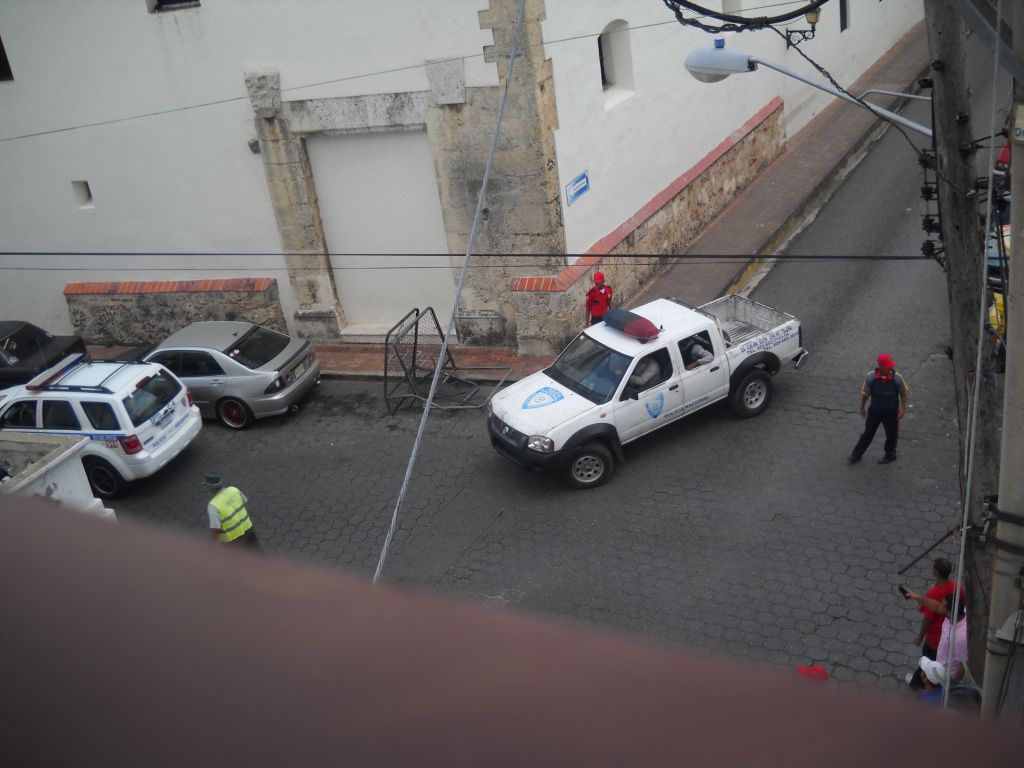 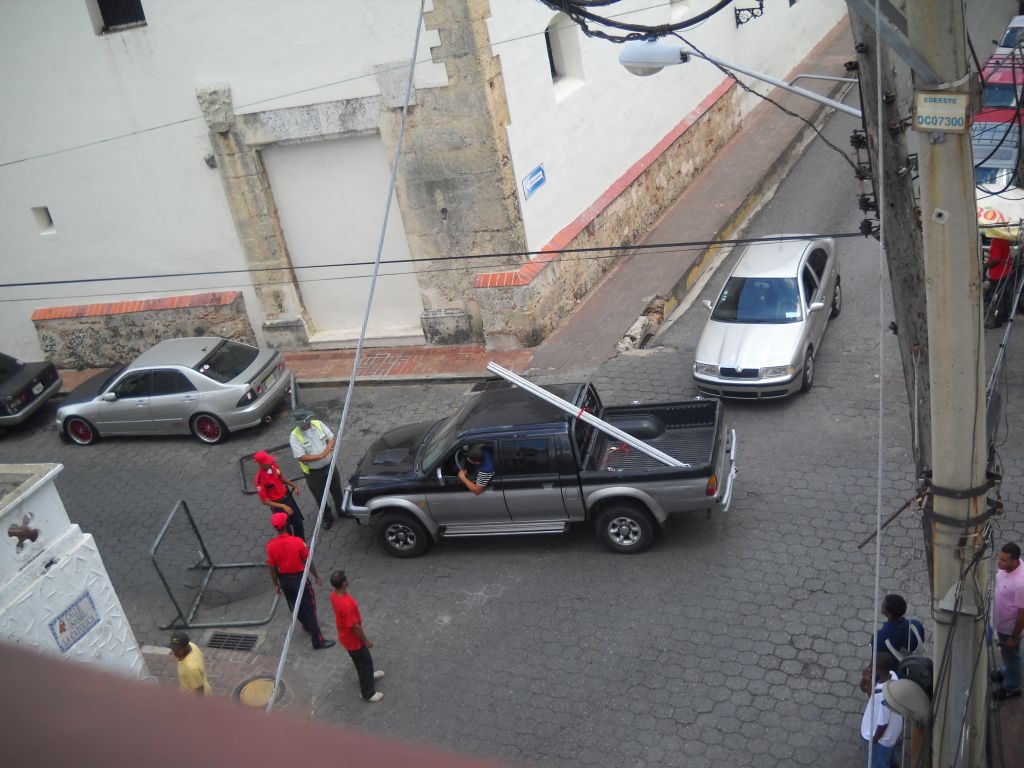 There was still lots of commotion so I decided to be a Dominican and go to the street with my neighbors and see what was happening because I could not see down Padre Billini to Calle las Damas from my balcony vantage point.

They said a thief was caught. I asked why did it take so many police to catch a ladrone. Then I got the story. Men (I did not get the answer as to how many men there were) robbed a Colmado, from what they said, in La Altagracia, but not really sure. The police caught them and brought them here. They were in a white truck and all the police were escorting them to the station at the Fortelaza Ozama. I still did not understand why they had to have so many police and then block off the street where they all were with the thieves and their truck. 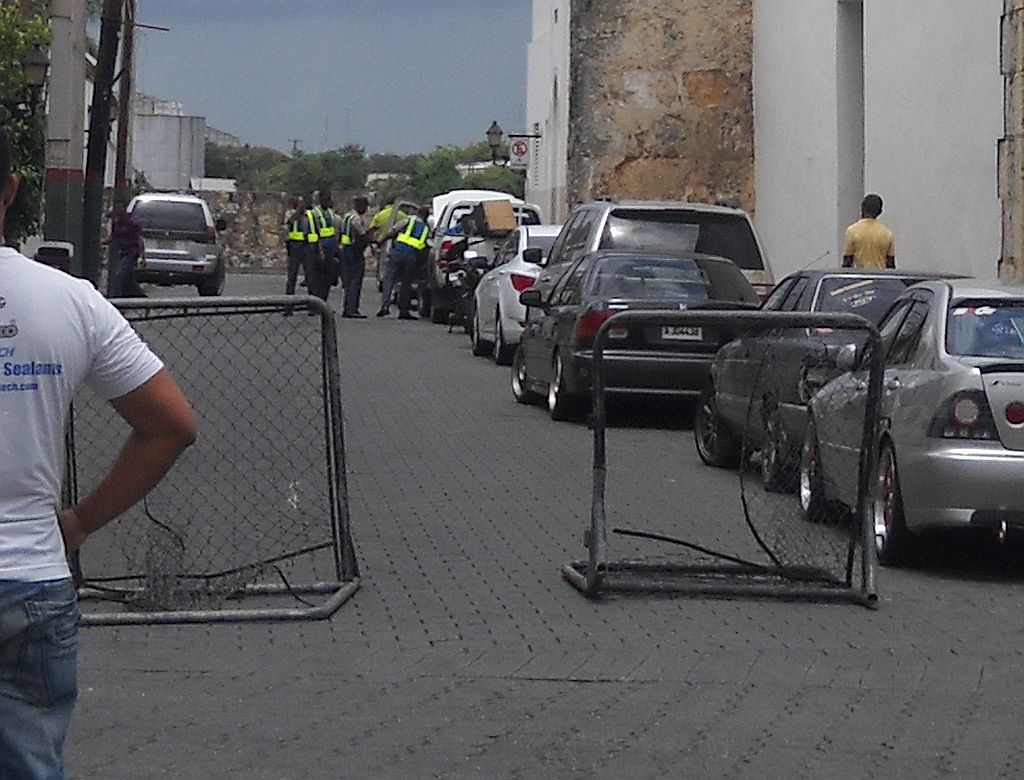 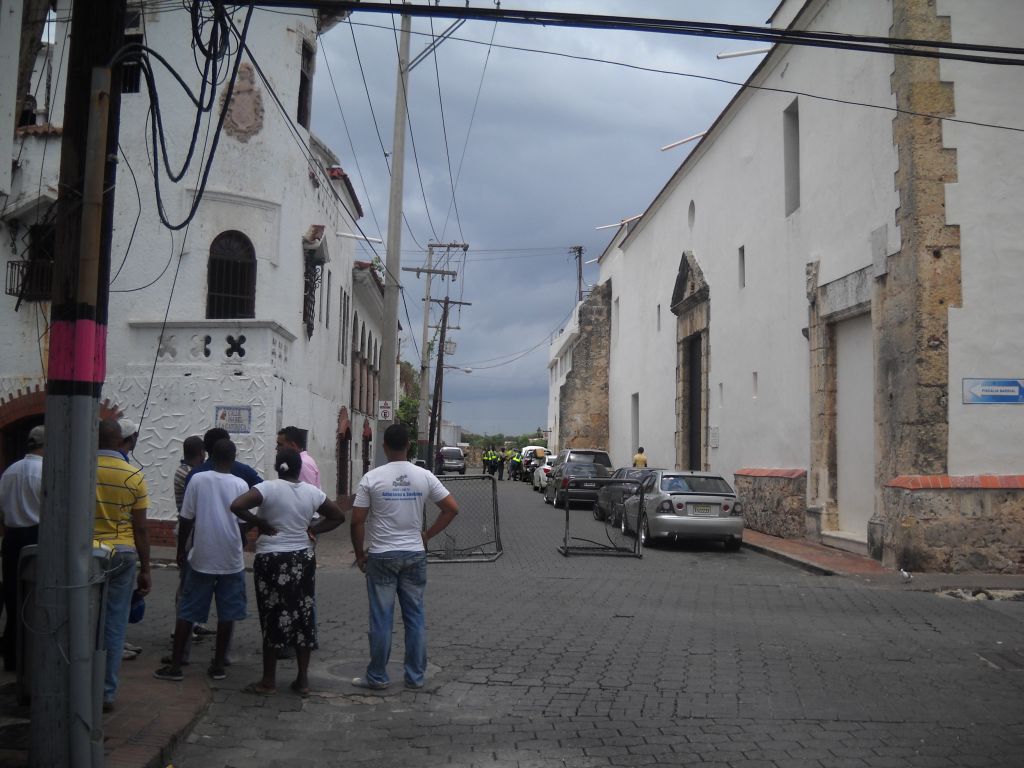 Then it was explained to me that these bad guys were very dangerous and had weapons. The police had the guys outside of the truck, not sure what they were doing to them, I did not really want to stand around and gape at them.

So here I am back at my puter sharing the action. On the spot reporting from the Dominican Gringa. Many of the neighbors are still on the corner looking down the street and discussing the event amongst themselves. Teli, my brave dog, is hiding under her favorite shelf in the bedroom.