I woke up a little late this morning so I could not take Teli out to her normal run-around place. I decided to take the advice of the morning dog group and visit the beach behind Montecion near the port this morning for a change in the morning romp.

Teli really does not like change so it was a bit of a trauma for her to take a right instead of going straight, her normal morning routine. We hit the stairs at Calle las Damas all the while she is looking at me asking “Where are we going mommy?”.

I decided to cross the bridge at the port instead of trying to walk across the road with all the traffic. I made a mistake. I ended up having to carry Teli as she was afraid of the open sides on the stairs. I did not want to take the chance that she would slip out of her collar and run into the traffic so it was best to just carry her. I realized this was a mistake half way up the long…long stairway. I am not in good shape anymore. In my younger days I could have made it up all those stairs, no problem. I need to remember that I am not living in my younger days anymore which from time to time I seem forget. 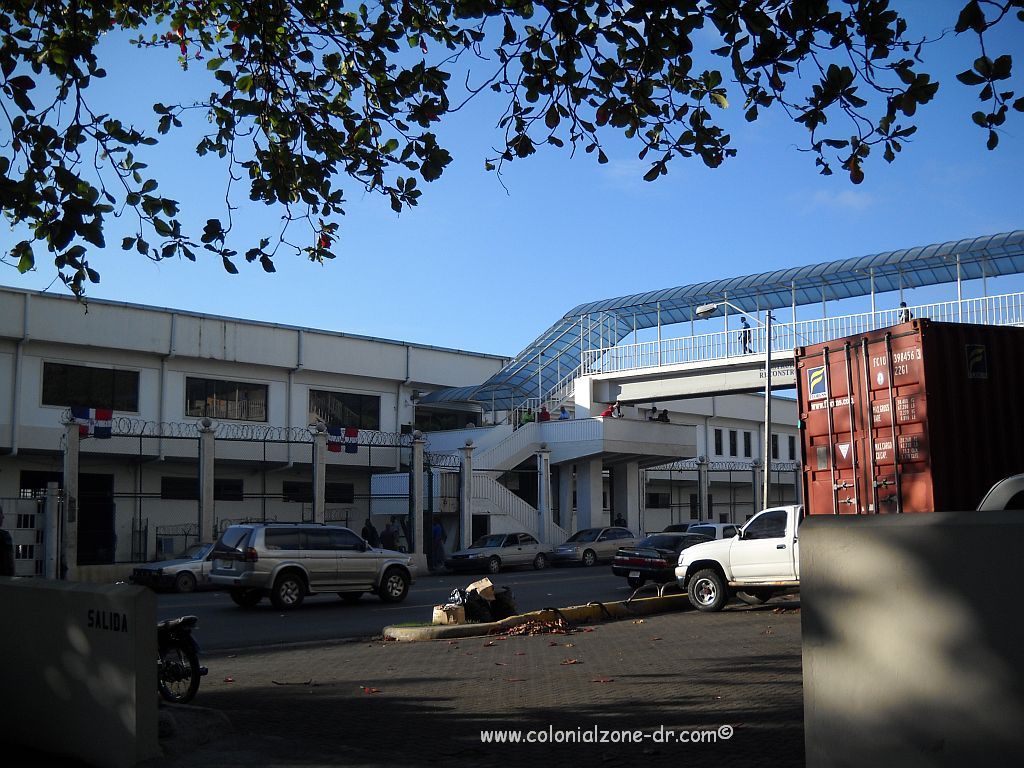 Walk-way over Malecon to the Port.

I tried to put her down on the top but she was afraid of the open railing which I knew she would be. I just did not want to take a chance of her getting frightened and bolting so I carried her across the top and down the first flight of stairs. That was it for me. She had to walk the rest of the way.

We entered Montecions Plaza and she was doing fine. I was having the problem remembering the last time we were there when Teli jumped out the 2 1/2 floor window. (This is the story – Taking the Jump From Montecinos). Then Blanco and his dad came across the street and Teli was content. Her friend was there to play with her.

We made it to the beach and she and Blanco were romping having a good ole time. Chasing and dodging each other like they love to do. 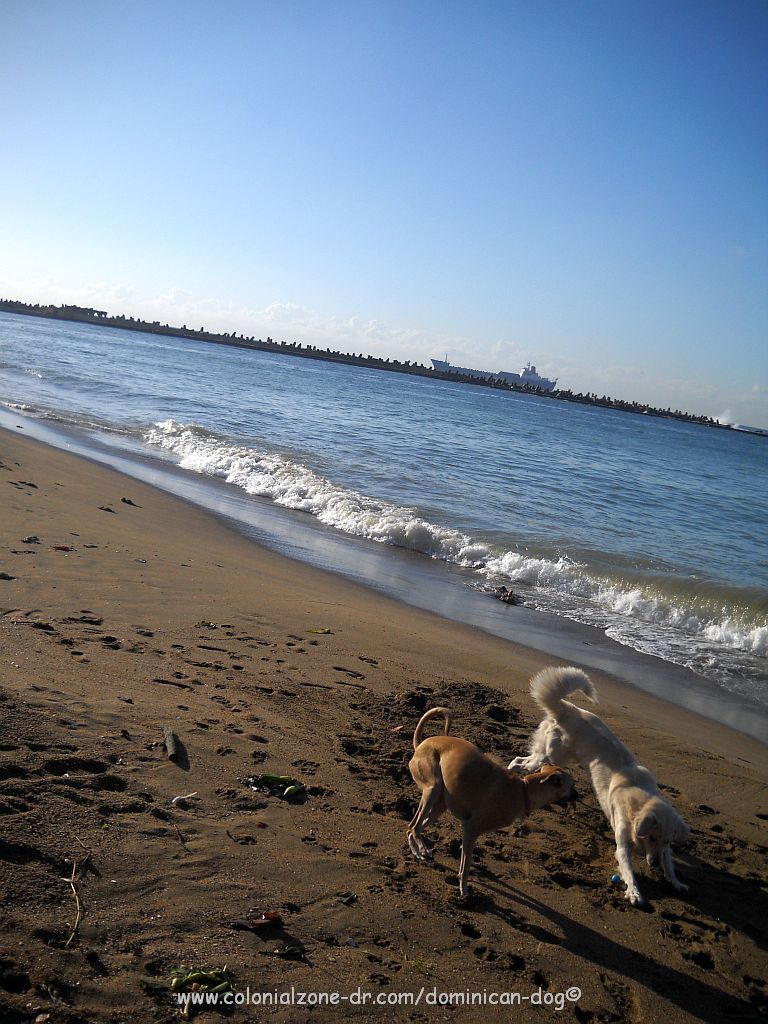 Teli and Blanco romping on the Montecinos Beach

Then Telis other friend Lula came. The three dogs were having a great time running around in the sand. Playing like they love to do.

Finally, they were starting to were out a bit. Taking a lay-down break here and there. 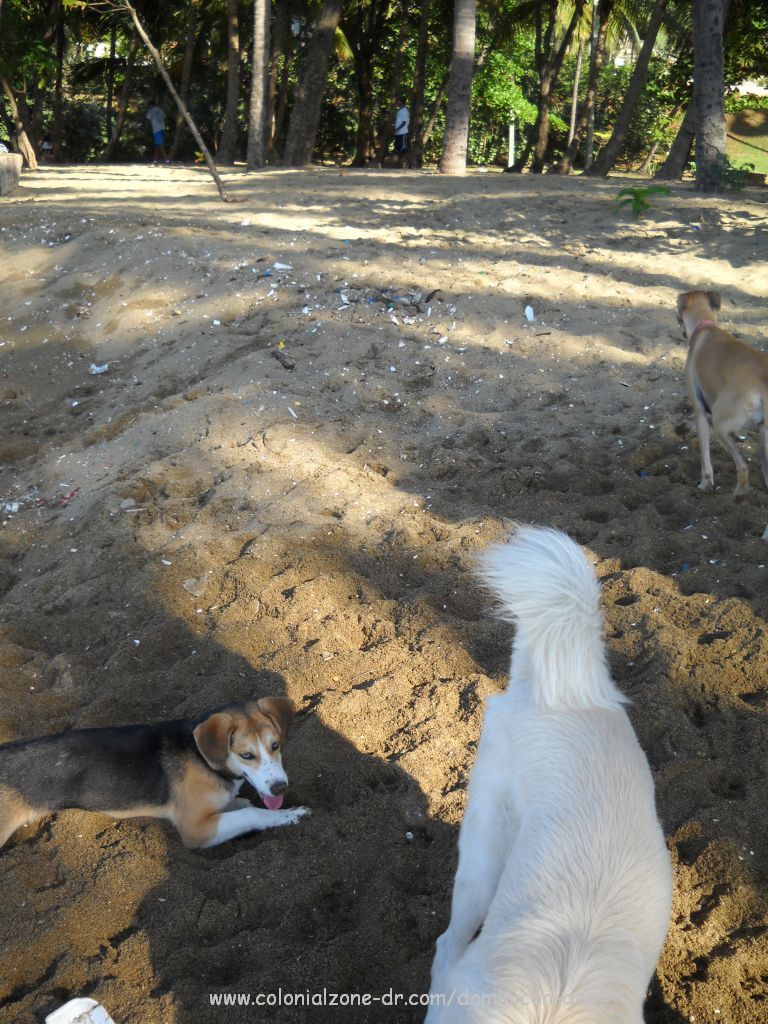 The dogs were slowing down a bit

I was trying to get Teli to get a little wet in the sea. She wasn’t going for it. Teli was fast at getting out of the way of the wave, I was not. So I got wet. Just my feets and shoes.

I was done after the shoes got wet and went over to the group to share my wet foot story and WAM!! The dogs that I thought were tired were still romping and Blanco crashed right into me! Normally I am aware where the dogs are because Blanco is known for her haphazard crashes, but I was so into my wet feet I was not paying attention.

Stupid me. Down I went on my butt! I am so happy it was soft sand and not pavement. It would have been a big owwie if it was cement but it was just a tiny owwie instead. I even got a scrape where the dog hit me. 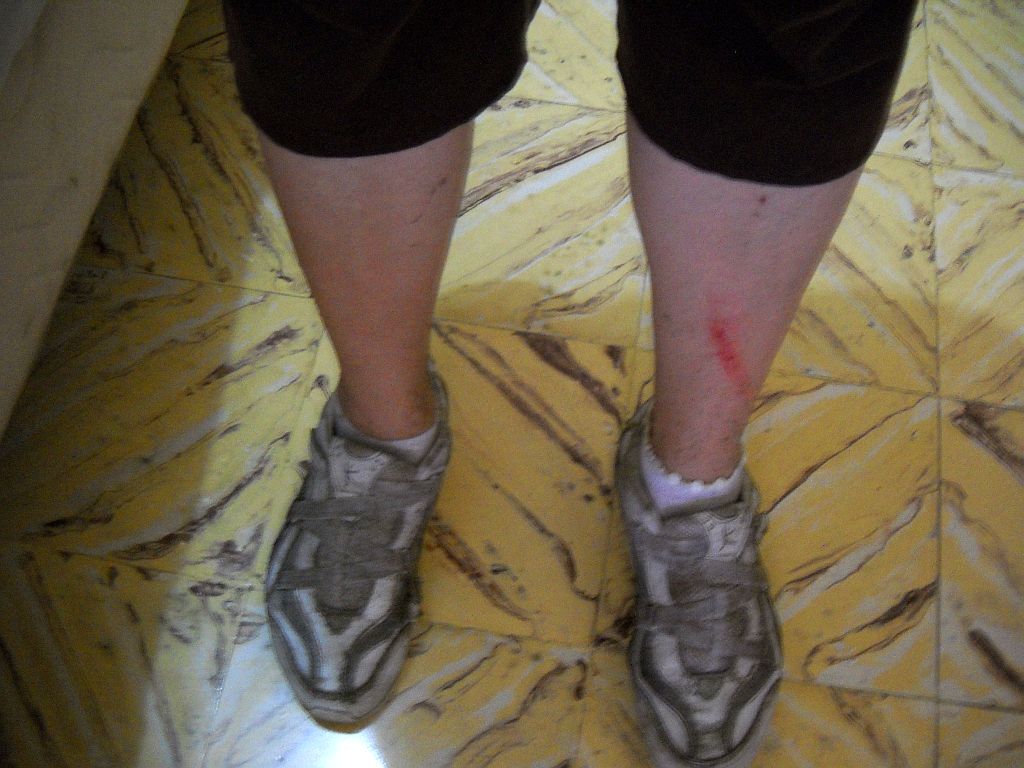 I was sitting on the sand with wet shoes, sand all over me, a booboo shin and laughing as the friends pulled me to my feet. I was a bit sandy but all was fine. I will probably be a little sore tomorrow from the fall and more sore from carrying my chicken dog up all those stairs. My poor old back cannot handle alot these days.

Now the thought..Last time Teli and I were at that beach Teli jumped out the window and fell 2 1/2 stories to the, thank goodness, the soft dirt below and only had a few scratches and was sore. This time we went to the same area I fell down and got a little boobo on my leg. Maybe that place should not be blesses with our presence any more. The Booboo Beach does not seem to like us much.