A few weeks ago the big trucks came and the electric company put in a new pole and new electric lines. It was all good until I realized that the lines were passing directly in front of my window. It looks like if we get a big gust of wind or a big storm that the lines will be up against my windows. I can just image me being fried in my apartment when the lines tough my metal shuttered windows. But such is the life here in DR. And I still love it. 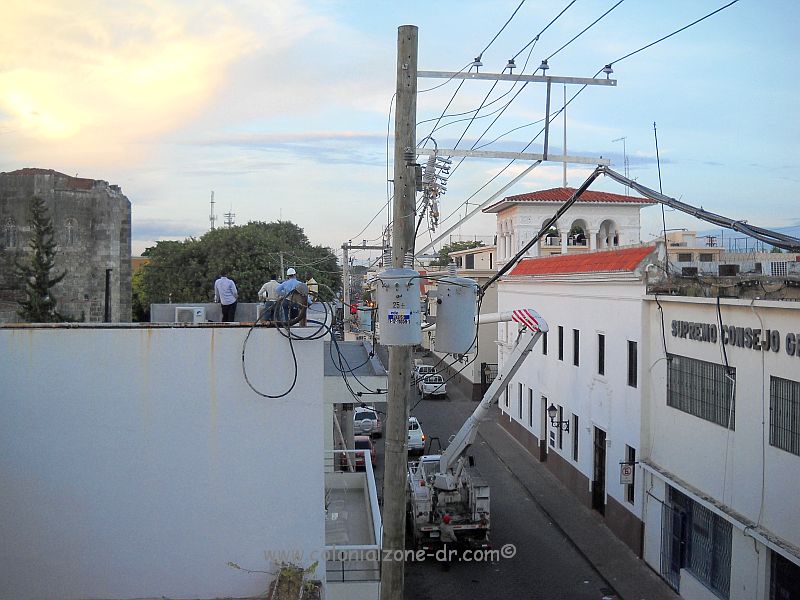 Putting up the pole and lines

While they were putting up the lines I was watching in amazement just waiting for the bucket truck guy to hit a line. But he was really good at controlling that bucket. I can always remember my dad who worked for a tree cutting company saying, “I hate bucket trucks”. Every time we would see a bucket truck he would say that. After a while we all would say the same when we saw a bucket truck. Now, when I saw these guys in their bucket truck, it made me laugh sitting here in my apartment with Teli thinking about my dad hating bucket trucks. 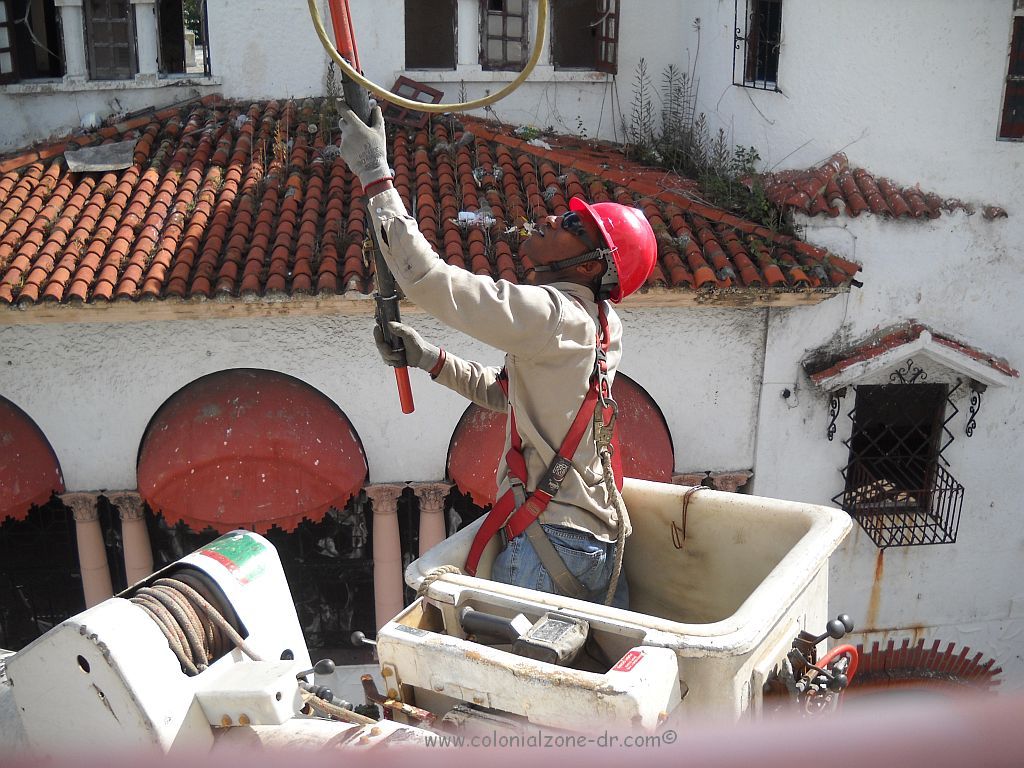 Finally they were all finished and the electric lines appeared in front of my window. 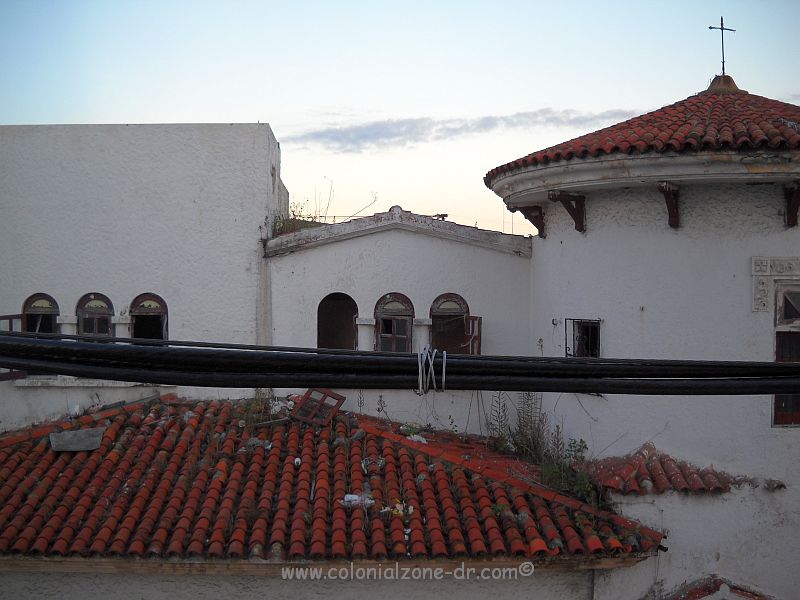 Power lines out my window

Now, a few weeks later the local pigeons found everywhere in the Colonial Zone, like to sit on the line and coo their little bird hearts out. Before they had to park themselves across the street on the rooftop and I could not see their beady little red eyes looking at me. Well, now those rats with wings can sit really close.

I catch them looking at me while I am working at the computer (there is 1 out there right now as I am writing this). You know how you can feel it when someone is watching you? It is a very strange feeling it when you know you are in your home alone. Now when I get the feeling of being watched I can look out the window and see the birds, sometimes there is a row of them, at least 5 gawking at me in one window! That means 10 beady red bird eyes peering at me. They all seem to be bobbing their little nasty feathered heads in sync to get a good peek at me through the window. They perk up their heads when Teli comes into the room and usually fly away. They get really perky if I whistle then they disperse after that as well. That makes me feel like my whistler is not very good. 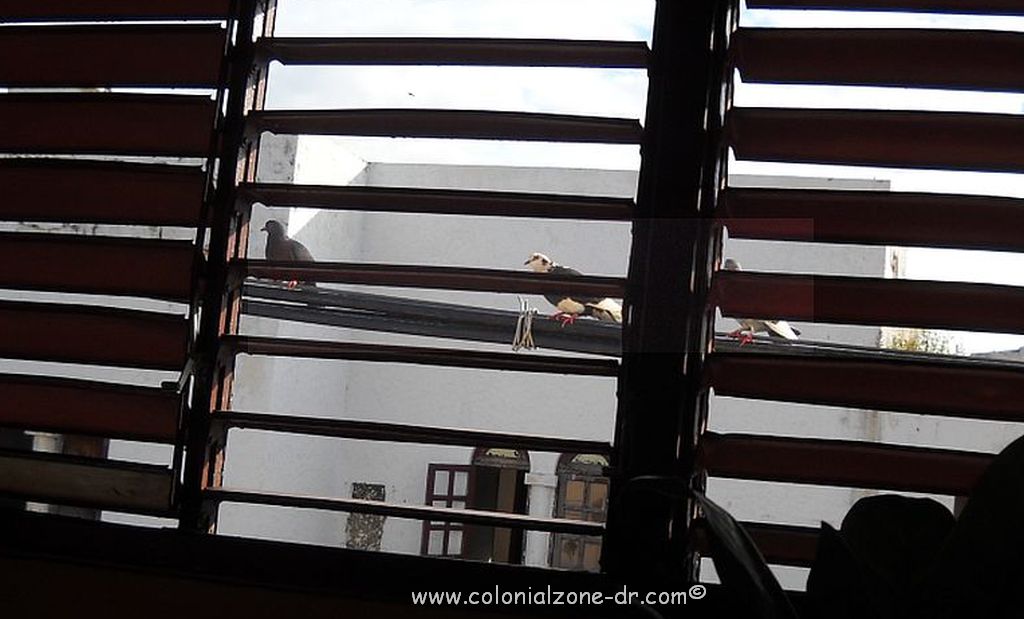 Sometimes I can’t tell if they are observing me or checking out the television behind me. I will have to record hawks catching birds and play it when the pigeons start looking at me. I will see what they do then. Maybe it will teach them a lesson not to peak into peoples’ windows. Their mothers did not teach them very well at all.