Most mornings I take my baby girl Teli, The Dominican Dog, out for a walk. She loves her morning walks before the streets get noisy and full of cars and humans. We usually run into other neighbors taking their dogs for walks also. We meet up many mornings and talk, catching up on what’s happening around the neighborhood. We discuss family, dogs, neighbors, all the good neighborhood gossip and information. The dogs enjoy themselves playing and romping around while the parents share.

History – About 5 days before this on the morning walk on Calle las Damas the big black metal balls they have buried in the cement at the end of the street was ripped out of its mooring and bent. These balls are placed around the Colonial Zone blocking vehicle access to different areas, especially where roads were changed into pedestrian walkways. This large heavy ball was lying in a bunch of broken bricks and cement on its side looking a bit sad. There were bricks strewn all the way to the stairs of Las Damas/ Escaleras de las Damas. I thought someone hit the barricade, maybe the breaks gave out on the car, or maybe the city tore it out for some strange reason. It seems that I was very wrong. 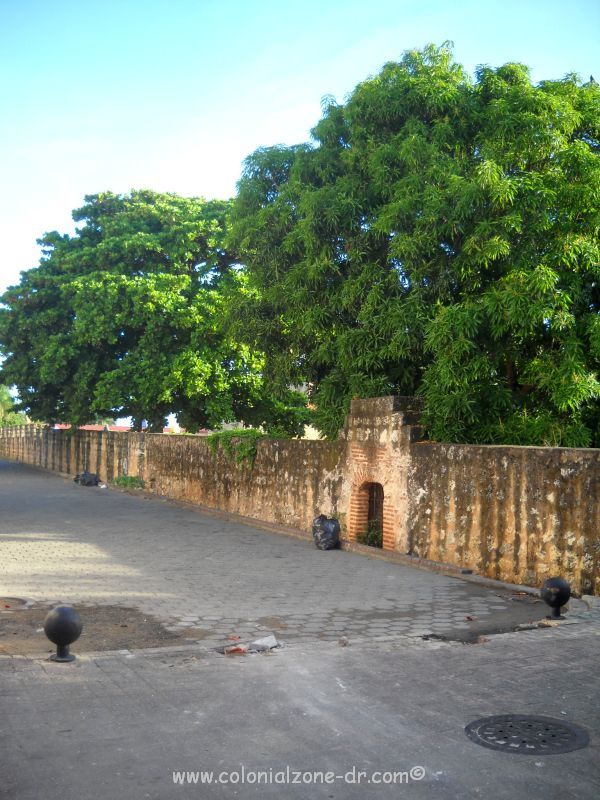 The neighbor, Cesar, told me this story about what he says happened. 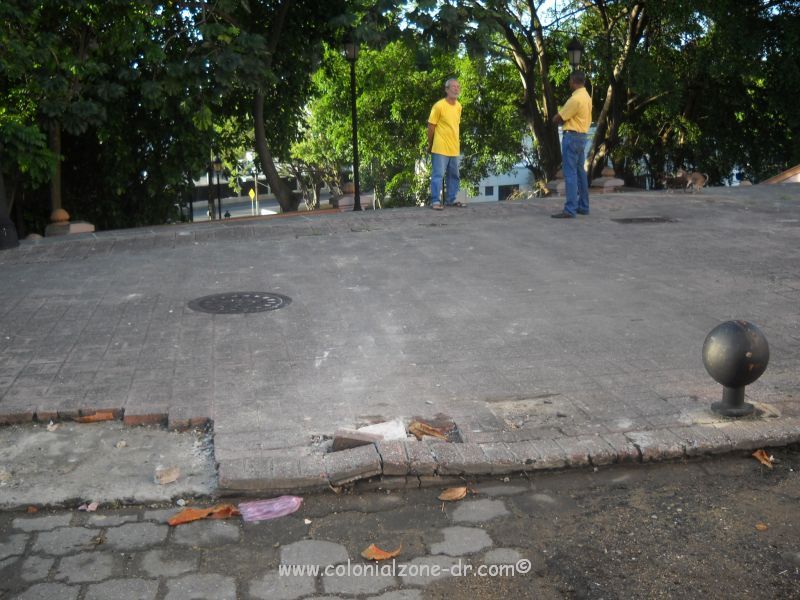 Discussing the event at the top of the stairs

Late one night someone, well really, some vehicle, smashed into the guardian sphere. They tore it out of the ground, and proceed to drive across the park to the stairs. Then the vehicle proceeded to descend the stairs to Avenida George Washington far below. 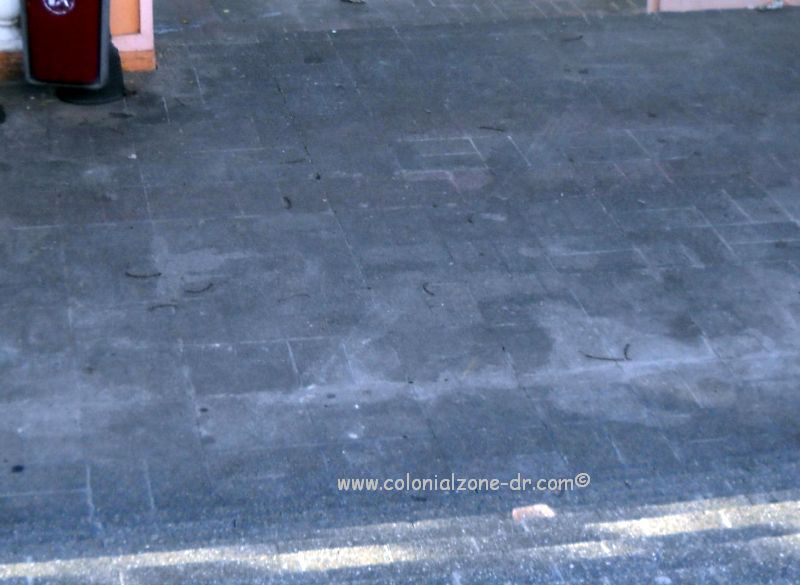 Cesar pointed out the tire marks that were almost washed away after a few hard rains we had. They could still be seen. He also pointed out a few places on the stairs where the end pieces were broken or cracked. At the last turn on the last landing before hitting flat land again the cement railing is broken. He said that the car smash into it and broke the cement. Then it continued on down to the Malecon and drove away, he supposes. 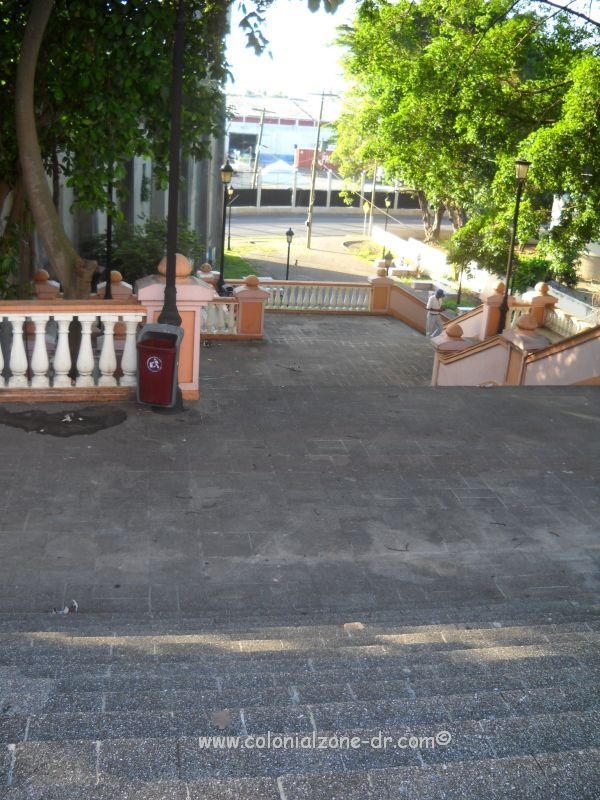 And on down the stairs went the vehicle

It had to be some big well-built vehicle to take out the metal ball and keep going. Then there had to be some mighty good steering going on to make the twists and turns needed to make it to the bottom of the stairs alive. Then to continue on, accessing the highway. Traveling on their merry way down the Malecon without detection or problems. I did not see any oil spill or glass broken. Maybe it was a semi-ghost vehicle carrying one very talented driver (it is Halloween month you know). That, or the driver was drunk and incredibly lucky.

I wish I could have seen this happen. Weird wild stuff for sure…