I was cooking my lunch about 3:20PM when there was a dull crash sound outside in the street on the corner of Padre Billini and Isabel la Catolica. I did not go look at first but Teli came running into the kitchen. She stood at the door, looked at me, then turned and ran back to the living room. I decided I best follow.

I went to look out the window and there in the street was a young police man just laying there face down with all the money changer guys, the taxi guy, the parking guy, anther police man and a few people I did not recognize who ended up being the owners of the car the motorbike-riding helmet-less policeman crashed into.

The policeman was laying face down in the street. He was trying to get up it seemed. The guys there held his elbows and lifted him to his feet. He could not stand so they laid him back down face first. He didn’t seem to have any strength in his legs. 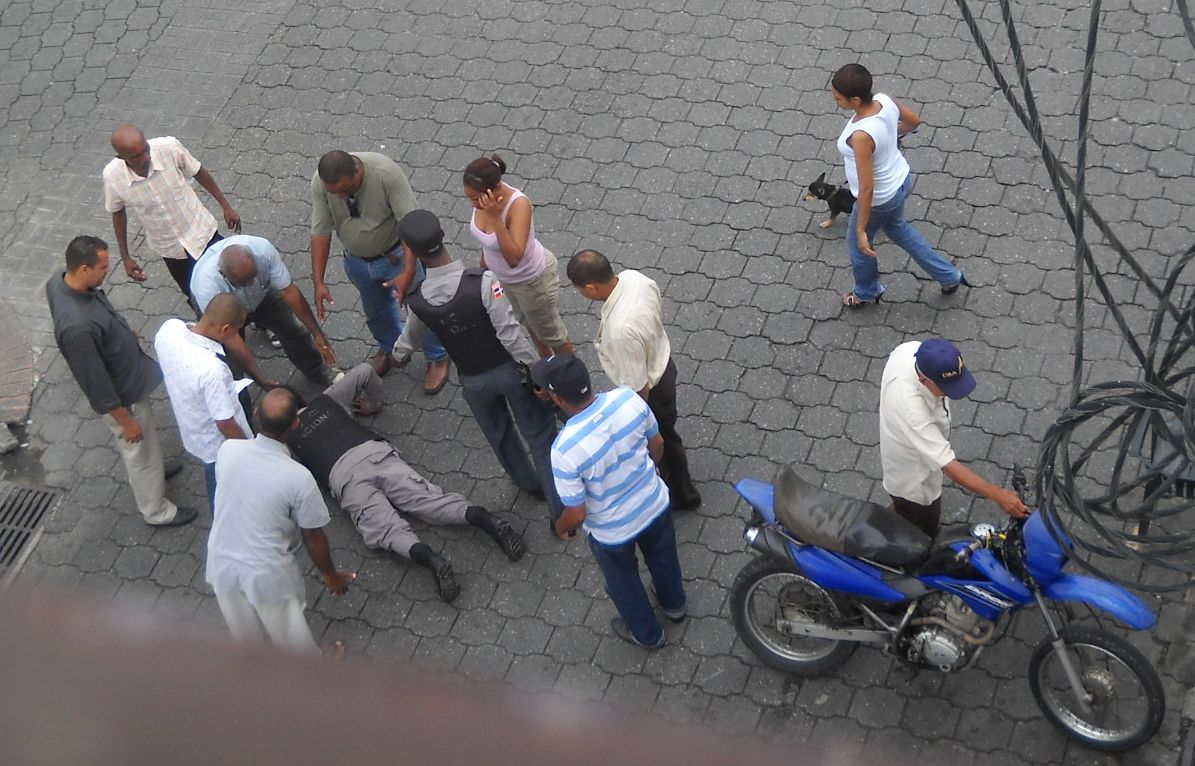 Police laying in the street

I was yelling in my head for noone to move the guy. It looked like he could have a back or neck injury. But here when there is a crash and someone is hurt they usually always just pick the person up and place them in the back of whatever vehicle is around and transport to the hospital.

This is what they did here. Four men, each holding an appendage, carried the guy, still face down to the waiting car. It was the car the motorbike riding policeman hit. The policeman was holding his head up but nothing else seemed to be moving. 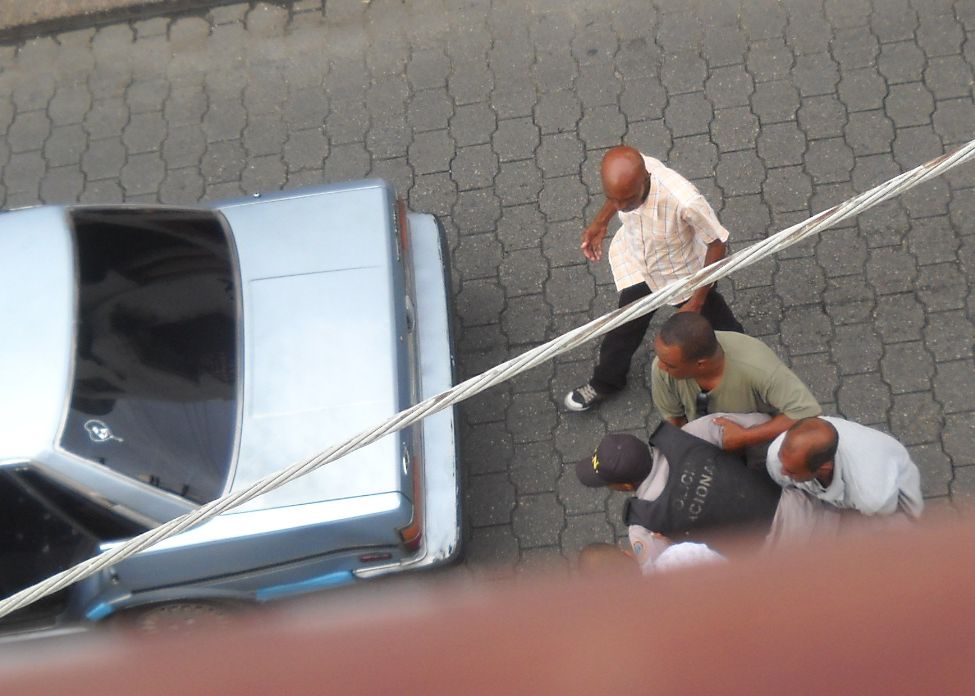 Carrying the injured man to the waiting car 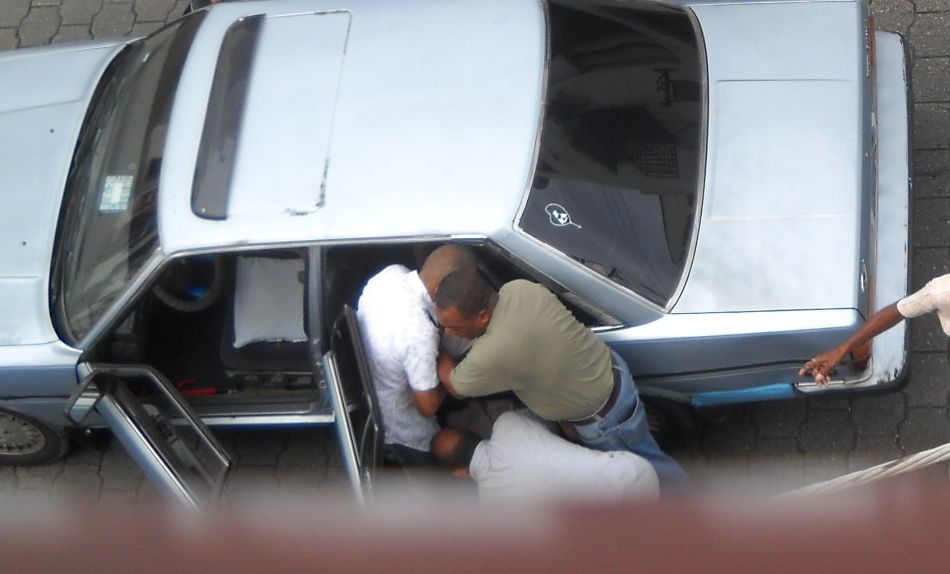 Pushing the injured man into the car

Then the drivers got into the car with people yelling out where the nearest hospital was. Someone should have gone with them to show them where the hospital was but noone did. The other police just stood there like he might have been a bit dazed holding his gun.
Where the red circle is is where I think the policeman on the bike hit the window head on. It is cracked. 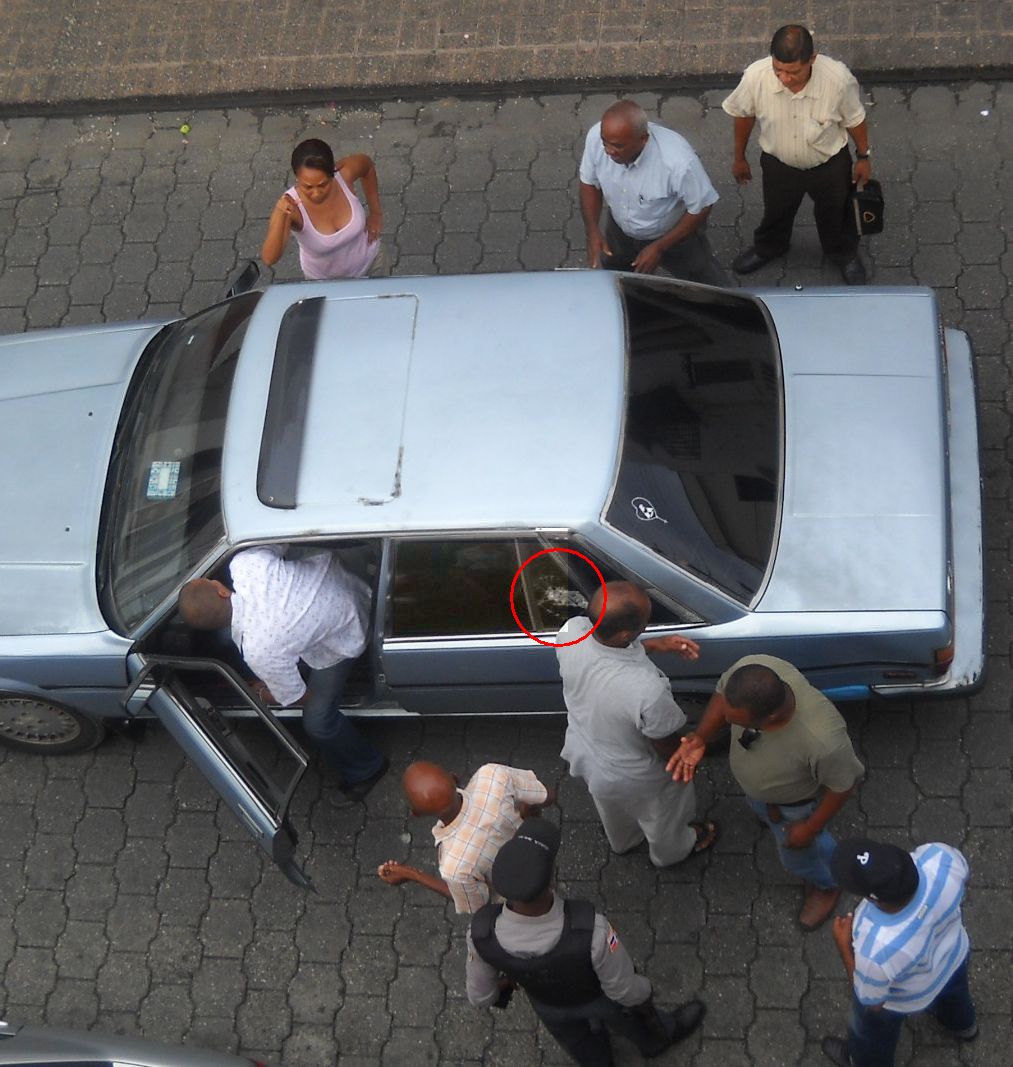 Policeman loaded into the car with cracked side window and on way to hospital. 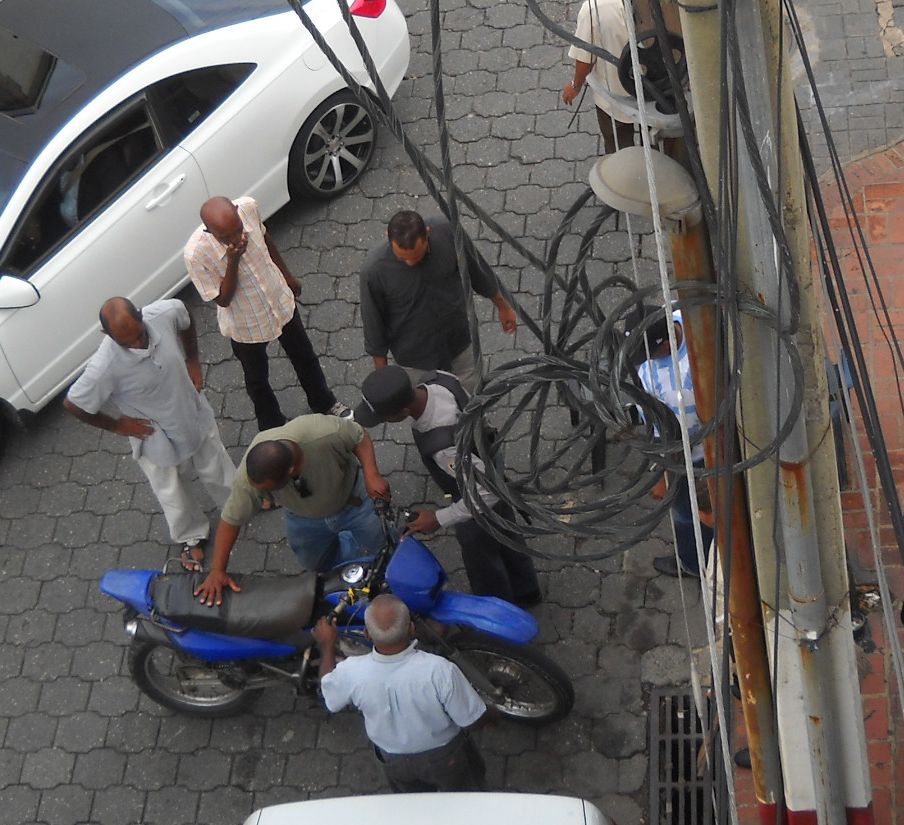 Then all the guys had to stand and discuss what happened. From what I picked up the policeman, again I saw NOT wearing a helmet, braked fast as he did not stop going through the intersection which is the normal thing here. He flew off the bike and went head first into the window of the car. The car was not going fast. The policeman riding in the back just went down with the bike and did not get hurt bad. The driving policeman ended up face first in the middle of the street. Things like this happen here often because noone stopps at street corners and people do not wear helmets.

I hope the man is OK. I feel so bad. There was no police taking a report. There was no ambulance. There was no back or neck board. I felt sick watching it all happen and still do not feel that great. I will try and find out how the young policeman is later today.

I was going to have this posted right after the accident but nooo… As I was uploading the pictures the electricity went out for the second time today so I ad to wait to post this breaking news for an hour after the fact when the electric came back on. I think they are working on fixing the stuff after the Hurricane Isaac past us by.