I read in the newspaper yesterday and today about how they are going to do all sorts of improvements in the Colonial Zone. (read the Colonial Zone News for information about these new ideas) This is mostly a good thing as, in my opinion, we do need more police on duty in the streets. They have many now but they usually stop foot duty around 9PM then it is only police in cars, trucks and motorcycles. I don’t understand why they do not have police in the streets, standing around at night, when the most criminal stuff happens. But then I do not understand many things here in DR and in the entire world for that matter.

The security cameras are also a good thing except for those humans doing things that they do not want others to see like picking up the opposite sex when they have a spouse at home. This could be interesting, especially if these camera are made public for anyone to view. I would for sure tune in to see who is doing what in the street.

They are saying that they are going to put all the utility lines underground. I think this happened on another street here and they forgot where they put the lines and had to tear up the street a second time to find them, but then I could be wrong about this. the only problem that I have about underground lines is what will the tourists take pictures of? At least 10 tourists each day here on Calle Isabel la Católica take pictures of the crazy electric and phone lines. I know when I was a tourist many years ago I took pictures of these wild wires in the streets. Will this make the Zone less interesting to those humans that are wowed by the uniqueness of the place? 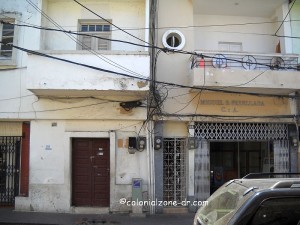 I do think they need to make the horse cart drivers feed their horses. This to me is a terrible thing to see these skinny, rib-sticking-out horses pulling carts. They also need to make sure that all the roads and parks have lights that work for more security.

I also am for the business being open late night like they used to be. So many businesses have suffered because of the curfew they placed on them. And the museums and such open until maybe 8 or 9PM would be a good thing also as long as there is security around.

These are my opinions.