>I finally got to try out the new highway and visit Samana.
The new highway from Santo Domingo to Samana made the trip really fast but it just seemed to me that the road could have been designed a little better. When they cut through the hills in Los Haitises National Park, in my opinion, they should have cut the hills at an angel. When you drive through they are straight up and down leaving lots of room for them to slide into the road (which did happen after the tormenta Fay went through. But all in all the road was a real relief as it cut the driving time way down making the trip much easier when visiting the other side of the island.We even caught a rainbow on the return trip. 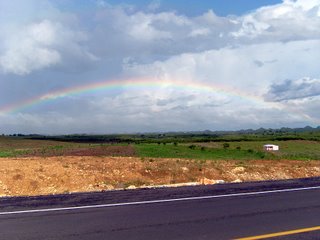 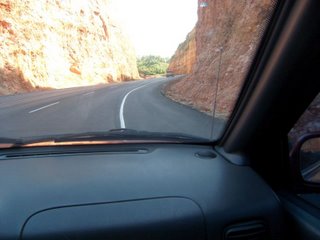 My friend Xiomara, her daughter Jana and I went for a 5 day trip. When we got to Samana it was nothing like I expected. It was too touristy. It was beautiful but it lost its Dominican flair. There were very little Colmados which is a very important thing for me when I travel.
We drove around a while, not knowing that the storm Fay was on top of us. there was an interesting dirt road so we took it. It ended up at some local type beach bar called on Playa Padel called Rincon d’ Julio. There were no cars only motorbikes and then later about 12 horses (and their riders). It was one of the highlights of the trip. We were enjoying and talking. A man took Jana for a little ride on a horse. But during this time the waves were starting to get little white caps and the wind was picking up. The second time a big stack of Presidente beer cases fell over is when they said they were closing because of the storm (“What storm?” we stupidly asked). So we all had to get out of there. 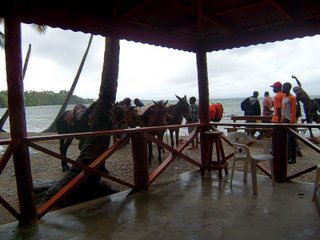 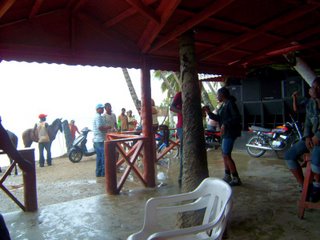 We went to our hotel, the cheapest we could find, and took a nap while the worst of the storm passed. when we woke the rains turned to drizzle and it was past. We had no TV to see what happened so we just went out for a bit.
There weren’t many people out as Dominicans don’t usually go out when it’s raining but we had a good time. When we got back to the hotel we found that we were locked out and Jana was locked in. We banged on the door and no one came. So we had to figure out someway to get in. There was a window,,ahhh. We could climb through. It was just wide enough for the big butts to fit through. The problem was all the trees in front. We had to really squirm to get through the trees, work our way into the window. Then Jana had to push the sofa up to the window so we could drop onto. We were laughing all the time and when it was over we were quite muddy as was the floor and wall (we had to hold onto the wall to pull ourselves in) of the hotel. All this time onnoe from the hotel came to see what was going on. But we got to sleep in our little beds.
Next day Xiomara drove to Las Terrenas so Jana could ride a horse with some guy they rented horses from a few years ago. The entire place changed. The horse guy was gone and in his place was a hotel. there were hotels everywhere. Very few Dominican places existed. It was all touristy. We were disappointed so we left for Cabrera and then on to Rio San Juan.
We got a great hotel along the sea called Bahia Blanca, which I would refer to anyone traveling. Not too expensive, clean, nice owners (Lise Pineau) and staff and it’s got a nice little beach. Their phone number is 809-589-2563 and 2562. We ended up staying there 2 nights.We hung out at the beach then were headig to another beach when we took a wrong turn onto some dirt road. We decided to keep going and see where the road took us. We drove for 2 1/2 hours on this road all through little farms, lots of cows and farm animals. Great little houses and some nice farms also. It was another highlight of the trip. 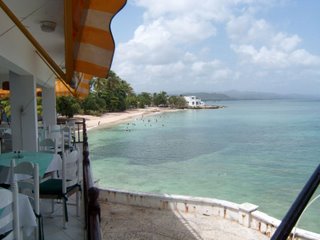 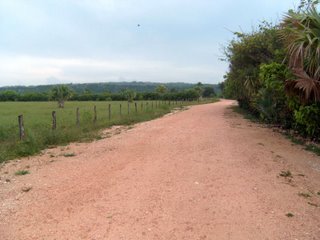 Finally we ended up at the beach (can’t remember it’s name) and had a well deserved swim. I think we were the only white skinned people there, which is the type of places we were looking for. We swam around a bit, talked to some people then went back to the hotel to rest for our night out.
We went to some little bar in Rio San Juan. It was packed full. People dancing and enjoying. Xiomara took Jana back to the hotel to sleep and she was to return. I waited and waited. Danced a few dances, sat with some other people and she never returned. Finally it was time to go and I didn’t have all the money to pay the bill so the guys I was sitting with paid. I was getting ready to walk back to the hotel when Xiomara showed up. She laid down with Jana for a little bit and fell asleep. she gave the guys their money, we all had a good laugh and we went back to the hotel to sleep.
Next day we left for home stopping and checking out different stuff on the way. It was a great trip. I love seeing my new country. Discovering new things and meeting new people. All while having some good laughs and a few cold beers. Life couldn’t be better. 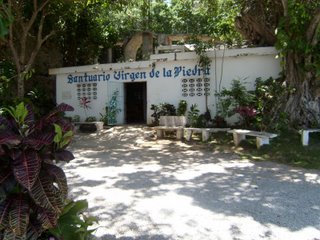 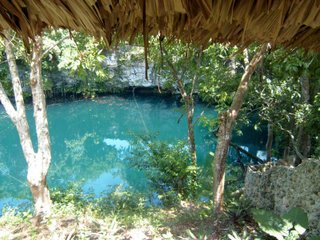 One thought on “Going to Samana and Back”