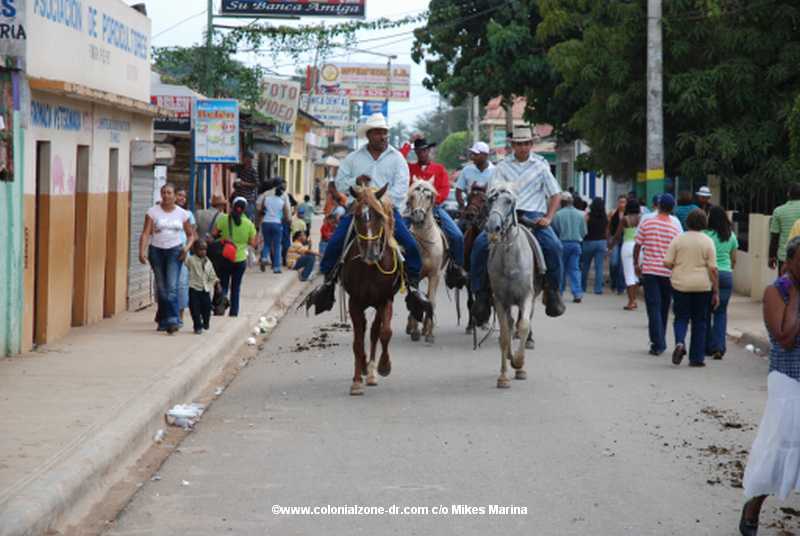 I was standing outside on the deck drinking my morning cup of coffee. Doing my morning talk to God. Off in the distance. Down in the valley. In the morning mist. I heard a horse whinny. Loud and long. Further off in the distance another horse responded with the same whinny in a different distinct pitch. Then the closer horse did a few of those bbhhh-sounding things they do while shaking their heads. These small sounds made me miss Dominican Republic. (This picture is part of our Bayaguana-Festival of the Bulls collection here)

This sound when I was young, I hated the horse sounds. Those sounds were reminding me that I had to go and feed my horse, Blaze. No matter the weather it had to be done. First thing in the morning. No important if the water pump was frozen and I had to carry water. No matter if I wasn’t feeling that great. The horse had to be fed and let out of the shed.

Ahhh. Those sounds in Dominican Republic. They were such relaxing sounds. When there were no cars in the street in the early morning hours. When all was quite and still. I could hear a horse coming close in the distance. The distinctive clip clop of the hooves on the pavement. It was sort of a lonely sound. Like a lost soul trying to find its way. Yet it was also a soothing sound. Relaxing. So steady and constant. Just the clip clop. Getting closer then passing by and disappearing in the distance.

This picture is part of the Dominican people collection here.