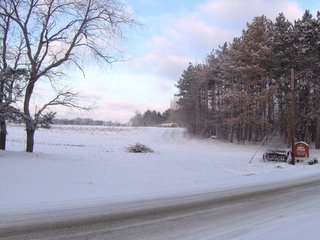 This picture is what it looked like out the front of my parents home this morning. It’s beautiful to see but I truly wish I was only looking at this foto instead of seeing it in real life. But I’m still in USA so I have to make the best of it.

Yesterday was Independence Day in Dominican Republic. I kept feeling like it was holiday here in USA and had to keep reminding myself that the mail was coming and there were no parades on the TV.

I remember my first Military parade I saw in DR. I really didn’t understand that it was their Independence Day, Doesn’t everyone in the world all celebrate Independence Day on July 4th (this is I guess what I thought because the problem was I never really thought about it before)? Well, I came out of my little world and discovered that every country had their own Independence Day, imagine that!

My Friend Leandro took me to the Malecon to see the parade. It was interesting. There were all these men, looking very proper and handsome in their respective military uniforms. Have to admit, a man in uniform always looks good. There were so many different uniforms. I remember thinking (and I still do) “Why does such a small island need so many army guys?” But I guess for that day every military man that could be at the parade was. So it looked like there were tons. It seemed to me that half the island was military!

All these brand new turquoise/off blue cars and motorcycles were blowing their sirens and riding around (I found out later that they were showing off all the new police vehicles). All around was an electric feeling in the crowd. Everyone was so excited. People were cheering and laughing and it was so festive. I was taken up by the moment and felt that this was MY country and that all these people were MY military people. It was a feeling like I felt like I was home. Hard to explain. It was a bit emotional. I don’t know why but it was. I can be silly in this way sometimes.

The second Independence Day parade I went to was when I was living in Colonial Zone. Me and Sniffy (the blind wonder dog) went to see the parade. She loved to be in the center of things. And she thought she was the princess. She loved all the attention a cute dog gets, with her bandana around her neck we were off to face the crowds.

I had my camera that year and got a lot of good pictures that can be seen on my World is Round Tourist Pictures page. I remember there was some sergeant looking guy. He was marching on the outside of the other marchers so he was some higher up guy. He was yelling at the crowd and everyone was laughing and yelling back at him. I had no idea what anyone was saying buy I knew what ever it was it was funny.

There were so many different colors and types of uniforms. I really have no idea who was who but they were all pretty to look at.

The best part of the parade was the people watching. There was these 3 men dressed as women, butt ugly women too! jejej They were dancing around acting all fagot like. They were so funny. Malcons on the Malecon! I took a picture of them and they loved that. Sniffy liked them also. Who knows if she would have felt the same about them if she had eyes to see them. They were very hard on the eyes!

I love to meet new people and I started talking to a group of people. Me and this guy ended up going to a colmado to have a few beers. He was a nice young guy. I took a picture of him and Sniffy. They were eating Chicharones together sitting in the Colmado. They both had hugh smiles on their faces! Teeth showing! Sniffy was having a good time eating her Chicherones, drinking a funda de auga out of a plastic glass and being the center of attention.

We finally made it home after dark. Tired and happy. I talked to so many people. Sniffy got so much attention and she talked to people too! It was a good day.