Buena is not buena at all when it comes to cats. Buenagente completely despises and detests cats. He sees one and goes crazy. If the cat runs there is a problem. If the cat stands its ground and looks intimidating Buena usually barks a while then moves on.

I usually don’t pay attention to cats but when Buena goes after one I just cant help but go along with the attack. We are family and have to stick together you know.

After the morning romp we were hanging out in Parque Colón while momma had a coffee. Buena chased a cat up the tree. He would not stop barking at the poor kitty.

Can you see the little black and white cat sitting in the Y of the tree watching Buena? 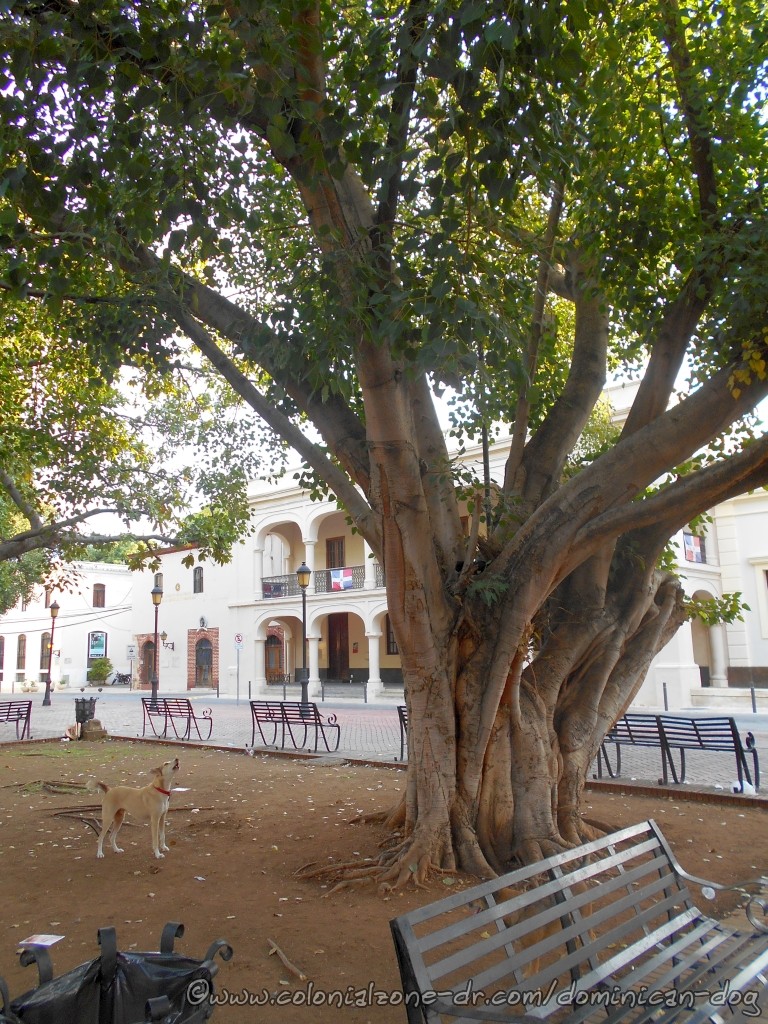 Buenagente has the cat in the tree

After about 5 minutes Buena lost interest and went back to doing Buena stuff. The cat thought it was in the clear. It made a wild dash to the safety of the Cathedral gates.


Buena didn’t see it run but I sure did. I was barking for Buena to get over here and see! Feliz was there and not phased by anything. He doesn’t care anything about cats. 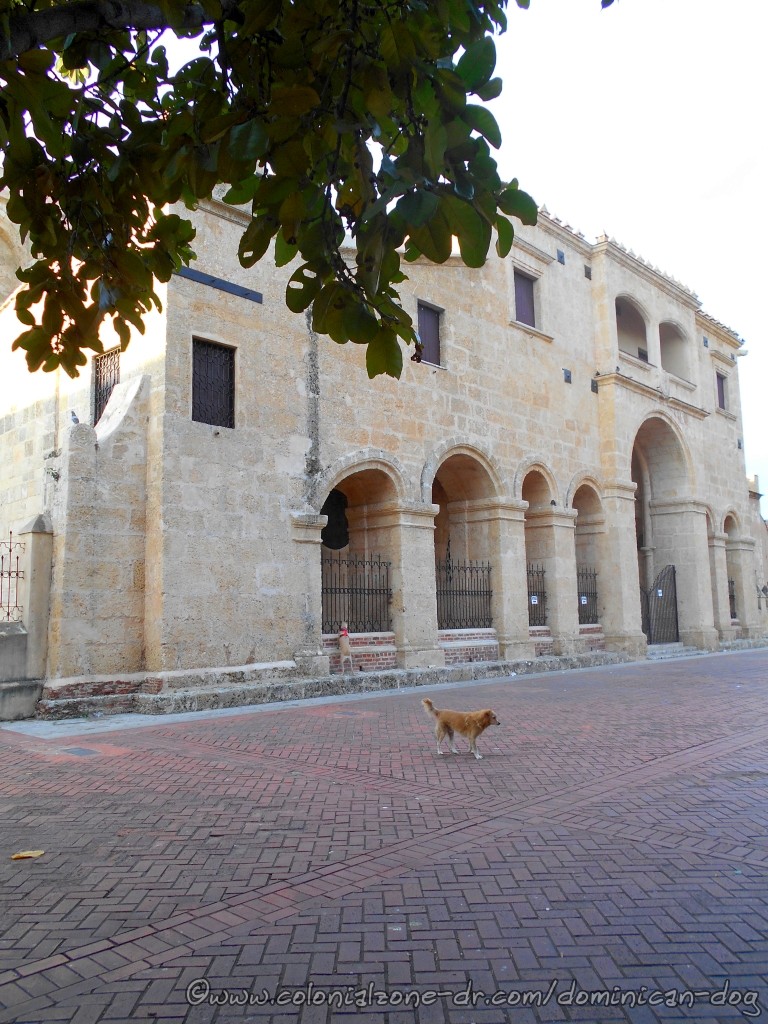 Buena came running. He was barking for that cat to come out which is really stupid. That cat won’t come out with him barking like a big dummy.

I was on guard duty. Pacing back and forth being vigilant, waiting for the cat to come back. Still Feliz was not involved, he just watched from afar. 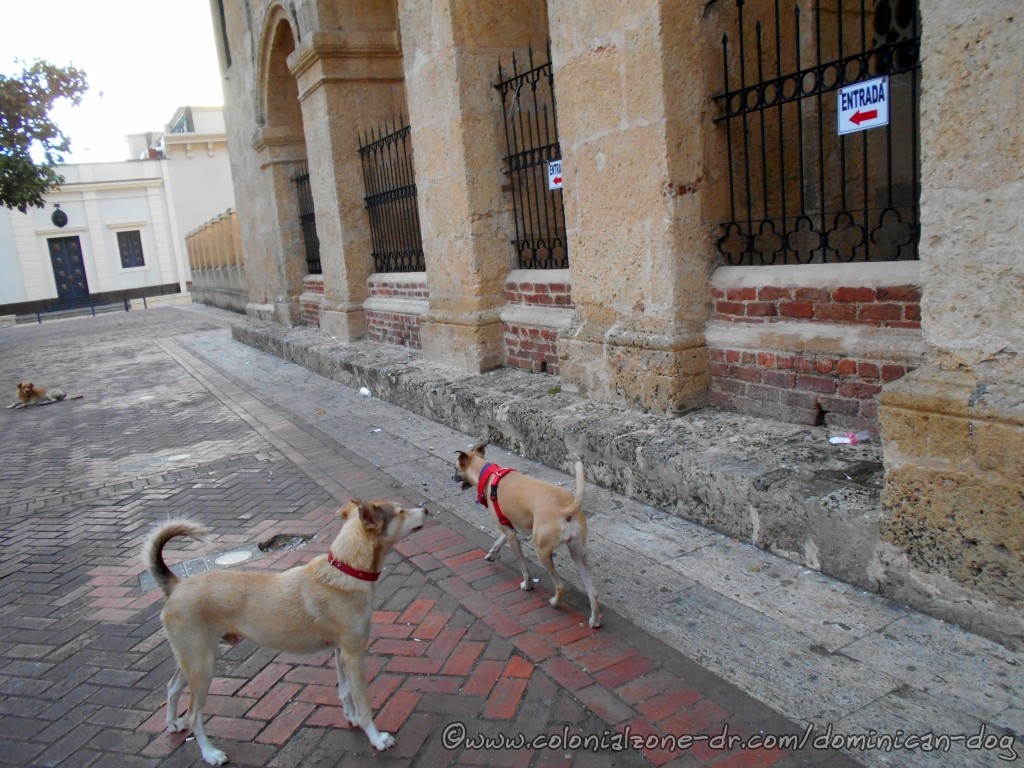 Buena barking for the cat, Teli on sentry duty and Feliz not paying attention.

Well, that cat didn’t come out from the safety of the gates and we could not get inside. We finally lost interest and moved on to other stuff. That darn cat outsmarted us again.