Mom and I were taking a little walk down Calle el Conde on Sunday. As I have said before I really do not like the Conde during the week because there are just way too many people. Sunday is the day I can walk and feel ok. Except this Sunday.

Anyhow, we ran into our friend Andres. He sells stuff on the street. He is usually always there smiling at everyone. Andres had all the different sized mamajuana bottles lined up on display with all the paintings set up in the back. Most are the brightly colored paintings you see everywhere that are mass produced. My mom told me that she always checks out his shoes. He usually has some unique shoes on. I smelled them but they were not that special to me. 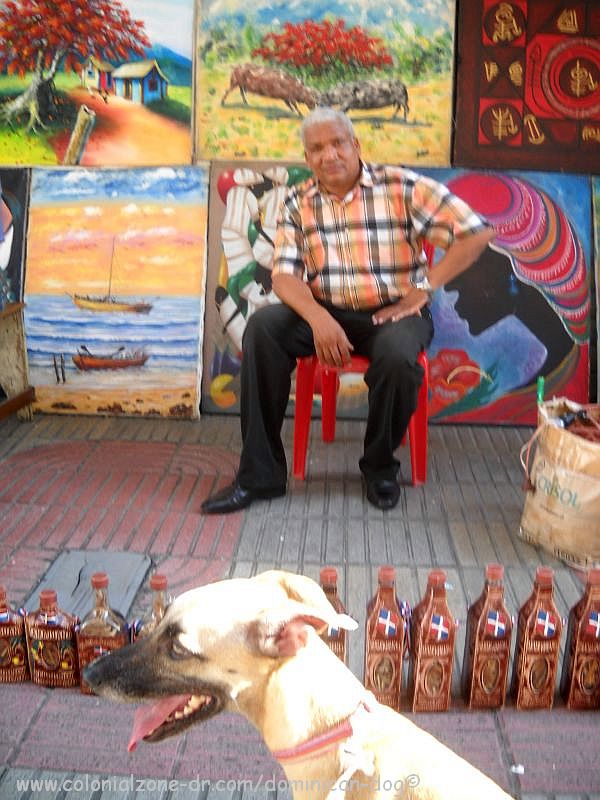 (By the way, I do not drink mamajuana. I am not old enough to drink yet)

We stopped and talked to Andres for a little bit. We told him we might meet him later. Mom said she was not sure because she did not know how I would behave with all the people in the street for a big festival that was going on. I still get nervous when there is too much happening around me. 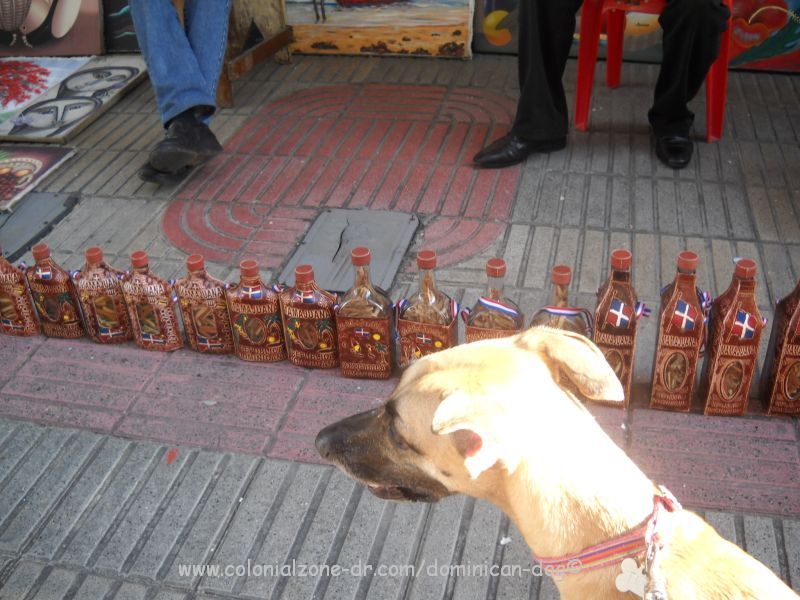 Mamajuana all in a row

I was getting a little nervous just standing there. So we decided to head out. More and more people were coming around. So mom and I got off the Conde and continued our walk.

The streets were so full of people, noise, cars and chaos in general. All the humans were getting ready for the last day of the Colonial Fest. Mom decided it was best for us to just go home.

On the way back home we passed by my friends that work in the bakery. I do enjoy the smell of that place. They are always happy to see me. I like them. 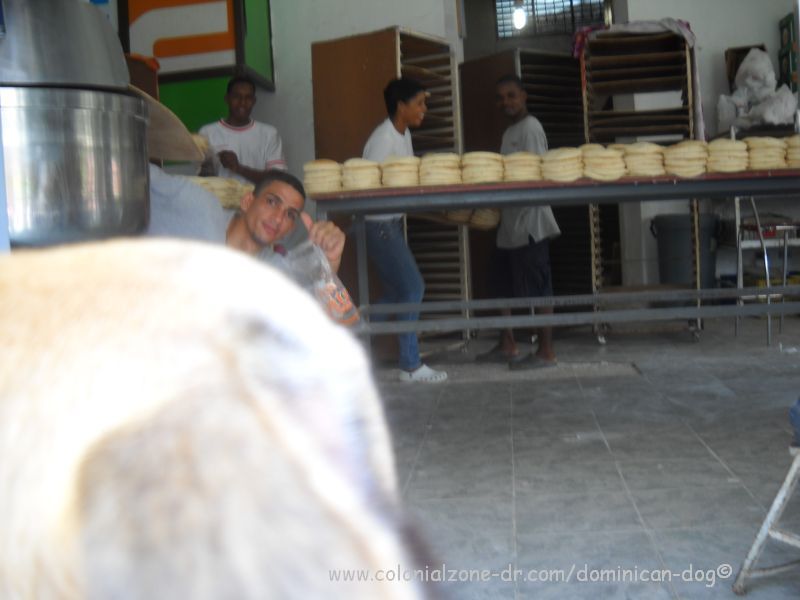 I was so glad to get home to what I thought was going to be the nice quiet safety of my very own home. Well, because of that darn Festival, the house was not quiet. There was music, very loud, in the Fortelaza Ozama, a block away, that sounded like it was right under our window. We could not even hear the television sitting in the living room! There were cars in the street beeping because of the giant traffic jam. Those humans behind the steering wheel think a horn beep is going to magically make the line of cars go away. Silly humans. I may be a dog but I am not that stupid. 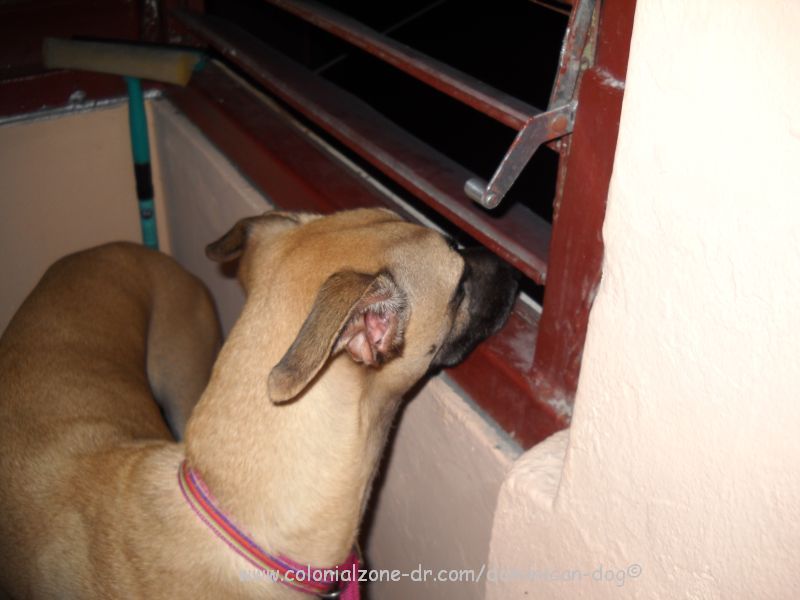 Looking out the window

So mom and I went to bed early. She wheeled the TV into the bedroom and put the fan on high so block out some of the outside noises. I curled up beside her and fell asleep.

Oh yea, my mom sells mamajuana on the internet. I do not understand how that works but she does it. If you want to buy some she told me to tell you about it. Purchase Mamajuana!

One thought on “Mamajuana For Me! and The Noise.”