I finally got to go to Palenque Beach. This is mommas favorite beach that is close to the city. Now I know why.

A friend of my mommas, Craig, whose dog Shadow just had her operation so she would not have any babies offered to take us in his truck. My mom was so excited. I just was not sure when he pulled up to the house and we approached the vehicle.

Shadow was happy and jumping all over. She made me nervous. I do not ride in cars that much and having this dog, the owner of the truck, claiming the back seat, I just did not want to go there.

They finally let me sit in the front seat on mommas lap even though I was shedding badly and getting her all hair covered she didn’t mind.

We finally got to the beach and we all jumped out of the truck. It was wonderful! 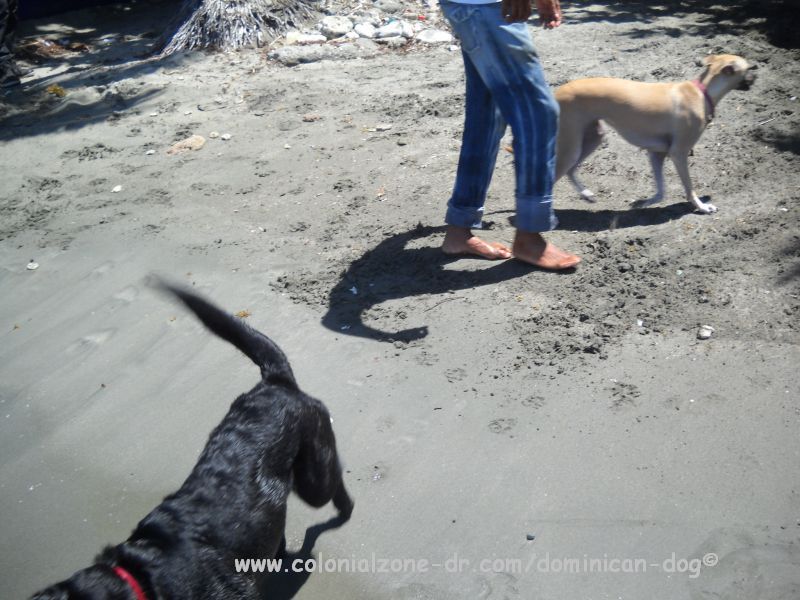 Inteliperra and Shadow at Palenque Beach

Shadow had been there before and was acting crazy digging around in the sand. I just could not understand what she was doing and why was she digging when there was nothing there. To each their own I guess. 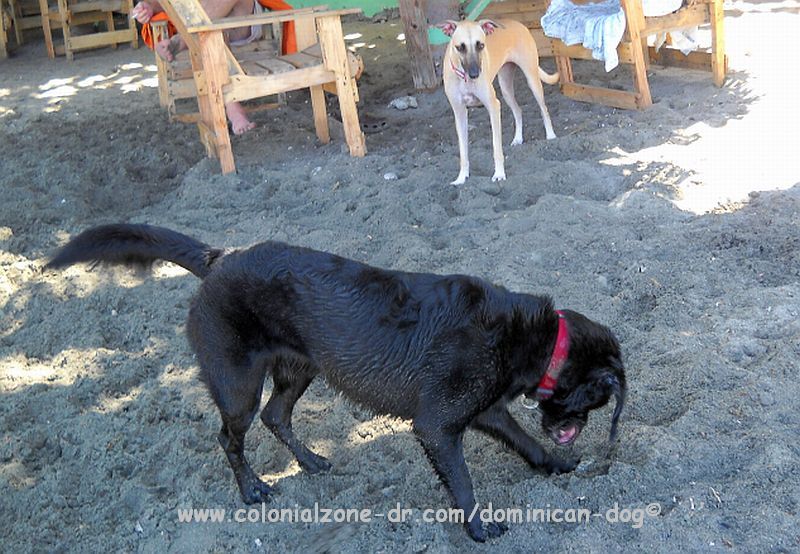 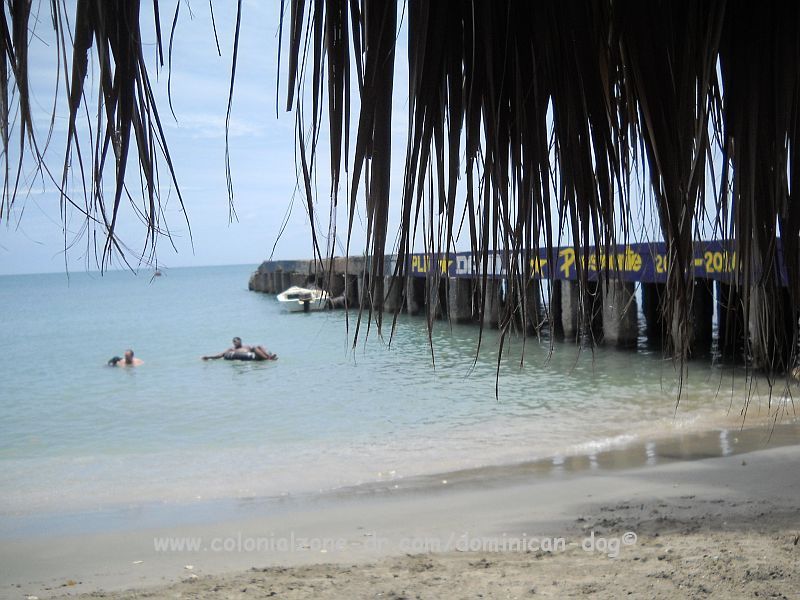 Shadow and Craig taking a swim at Palenque Beach

Momma kept calling and I know she wanted me to join her so I decided to make her happy. I stepped back a few steps, closed my eyes and ran! I felt the water on my toes and leaped into the air. I hit the water past the wave and swam to mom. As she reached out to grab me I dodged her hand and went toward Craig and Shadow for a few strokes. Then I saw Shadow splashing and I decided that this was enough for 1 day and headed back to the safety of dry land. Mom was laughing as she came out of the water. I made her happy. I am such a good girl! 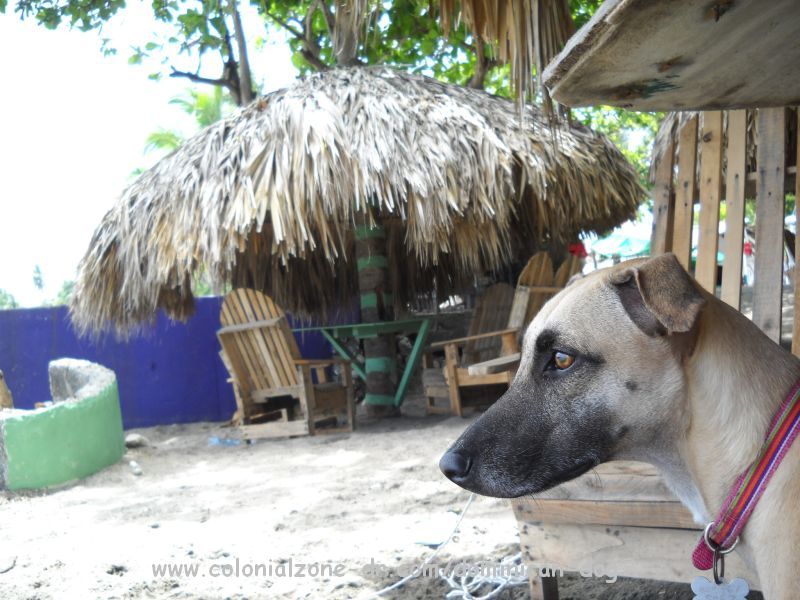 I spent the rest of the day relaxing and just watching Shadow playing in the water or digging a hole non stop. Where does she get all that energy? 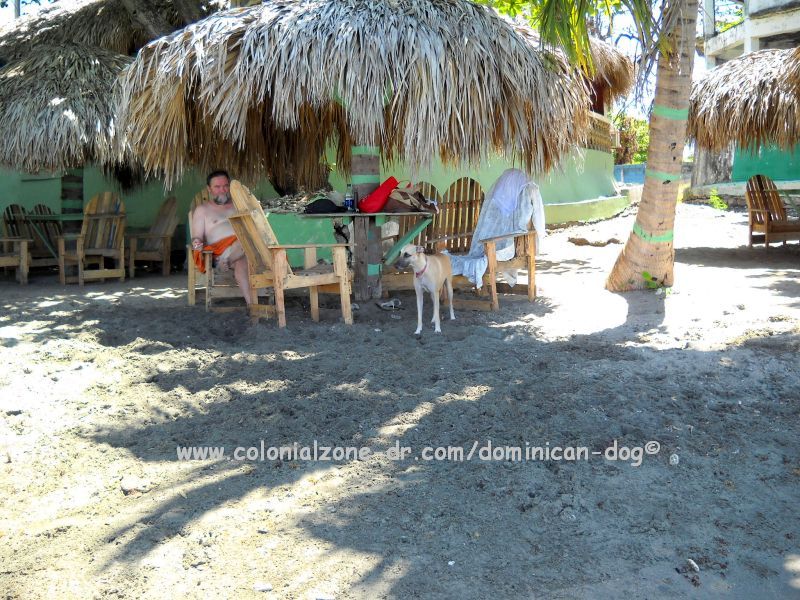 Inteliperra hanging out with Craig at Palenque

We ate some yummy fried fish, some lambi and some clams then it was time to go home. I really did not eat the clams. I didn’t like them but the other stuff was good.

I did get into the back seat for the ride home. Shadow let me as long as I stayed on my own side. I was looking out the window and enjoying the breeze on my nose. Shadow fell asleep right away. No wonder with all the playing she was doing. She wore herself out.

We drove past the Plaza de la Bandera on the ride home. 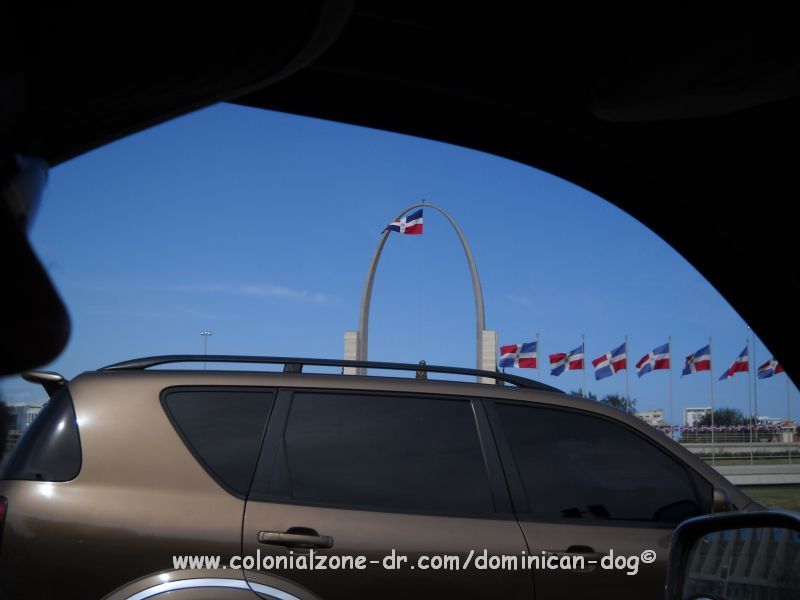 We got to see Plaza de la Banderas on the drive home.

When we got home the first thing we did was take a shower. That cool water felt so good rinsing the salt and sand off my body. Mom did not even use the towel on me. I just shook off and went to the sofa to rest after my great day at Playa Palenque. I hope we can do it again soon.

Thank you Shadow and Craig for taking us to the beach!