Last Sunday mom took me for a walk about. We ended up at what the local Dominican humans call Parque del Palomas …Pigeon Park in English. It is near one of my favorite places at the Ruinas of San Francisco.

Theres a nice place where I like to sniff around in the grass where it is nice and calm where I can watch humans and still feel safe. After I do some sniffing I like to lay down in the grass, relax and look around. 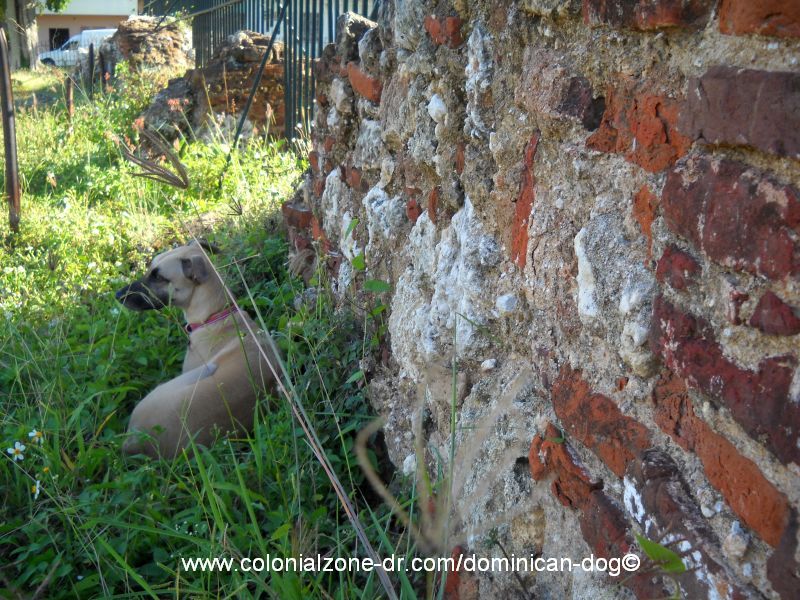 This day there were strange humans dressed up in different costumes walking by. I was checking these strange looking things out when a camera crew came into my space along with some smelly black humans. They smelt like a car that is dripping oil. When I see a puddle of black motor oil on the street, this is what they smelt like. It was not pleasing to my sensitive snout. I gave mom the look “What the heck is that” and she explained that it was a Carnival group called Los Tiznaos or in English The Stained Ones. They smear black motor oil on their bodies and ask humans for money. A very strange human custom for sure.

Anyhow, these oily black humans were posing for pictures when one of them came over and tried to scare me. 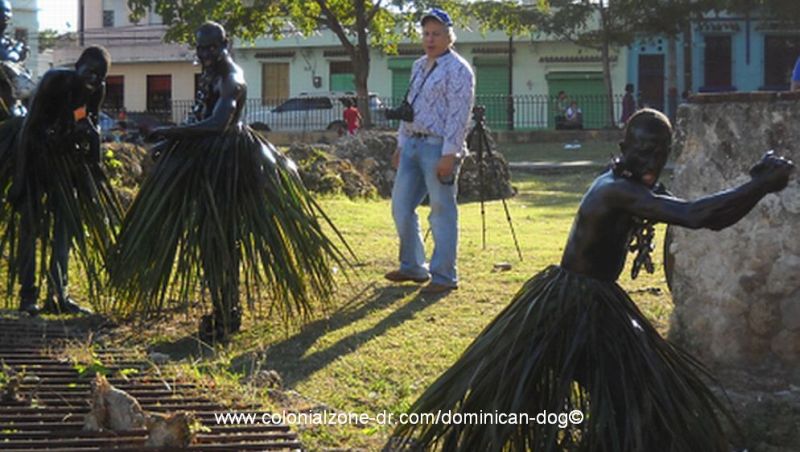 One human looking man came near to me and mom and growled at us making a yucky face. His friends were laughing at him because he was being silly. He did not frighten me at all. I was brave. 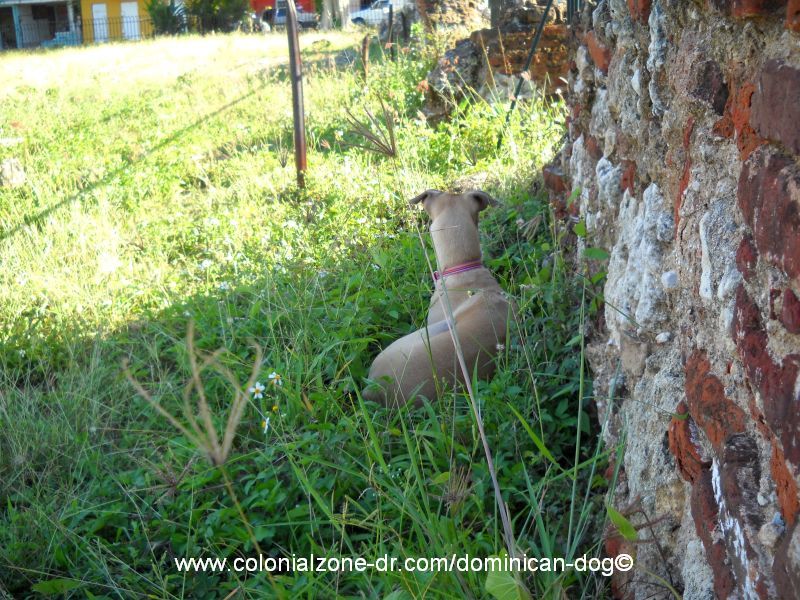 I was just wondering why in the world would these humans paint themselves in such a way. But, I have learned that humans are not easy to figure out. I only need to accept them for all their strangeness and weird quirks. Gotta love’em.