This day has started out to be very interesting. Things both happy and sad have happened and all before 7AM. Rescuing a Hispaniolan Boa was the highlight.

All night long the street dogs were having a mating party. 2 of the neighborhood girls are in heat and it brings out all the men hungry for a little nookie (my grandmaw called it nookie). This feeding frenzy also disturbs my dogs, especially Buenagente. He wants to join in the sex frenzy, which he can never do. Since he had 2 sticker tumors (cancer passed on sexually in dogs) he can’t have sex anymore. This does not make my boy happy but abstinence is better than another round of chemotherapy.

So, all night hearing dogs screeching and Buenagente barking made for a semi-sleepless night. 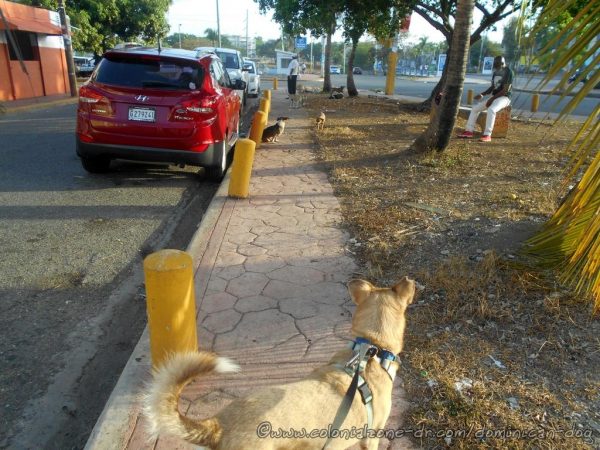 Neighborhood street dogs, Weenie and Momma, are in heat.

Today the Big-C (COVID-19) curfew was changed from 5PM to 6AM to 7PM to 5AM. This is great because I can get out earlier and go out in the evening when it is a little cooler. I was planning on going out around 5:30AM-ish but there was some male screaming outside. I have no idea why he was screaming. Anyhow, I decided to wait for morning walk until it got brighter out and there were a few more humans in the street.

Inteliperra, Buenagente and I headed out a little after 6AM. First Buena had to bark at all the dogs enjoying their turns with little Weenie and Momma. Then I noticed a dead dog in the street. It was a medium-sized chihuahua with a collar. He must have been involved in getting himself a little nookie and not paying attention to the traffic. I took his body off the road and put it in the trash. So sad.

We started on our walk up Av. España. When we got to the Parque at Sans Souci the man that sleeps in and cleans up the park came up to me to say hi as he always does. He likes to say hi to the dogs too.

The man had a water bottle he showed me. There was a snake inside the bottle. I think he thought he was going to frighten me but I’m not really afraid of snakes (I always had and caught snakes, not running away but when I saw a snake I wanted to catch it and hold it.). 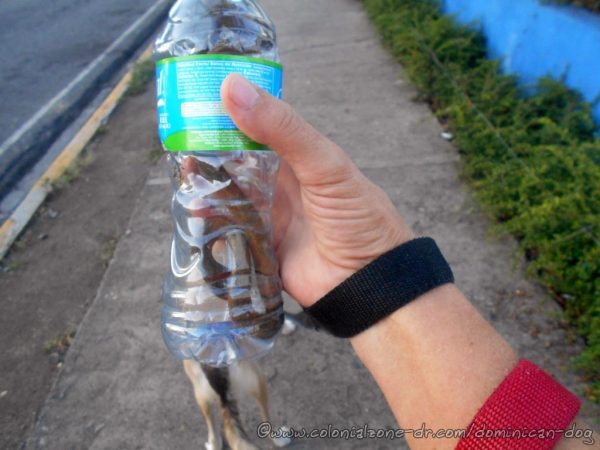 The man tried to scare me with a snake in a water bottle.

I asked him why he had the snake in the bottle. He said the snake would kill him and that it was bad. I tried explaining to him that it was not poisonous and it does good for the environment. He wasn’t going for it and walked off.

As I walked away a big idea popped into this old grey head of mine. I checked to see how much money I had in my pouch and went back to the man. 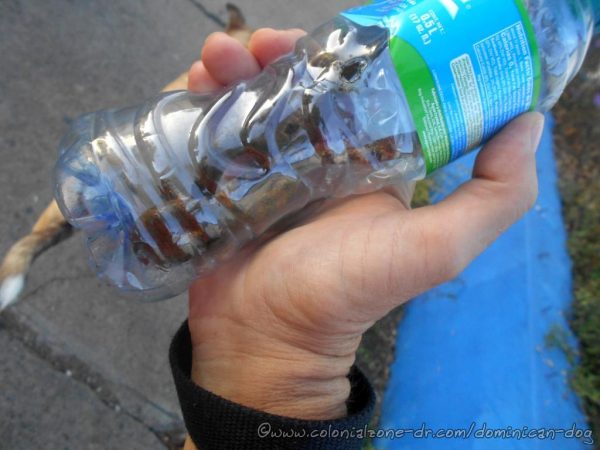 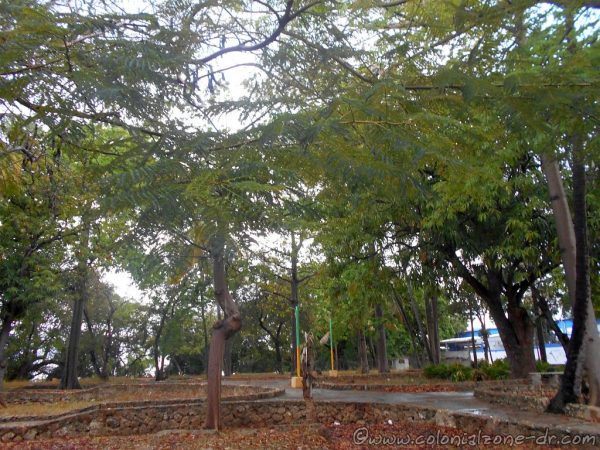 The next thing I had to figure out was where to take it to release. Someplace where it would be safe. There are not many options in the city so I just took it to the Parque San Souci. I went to the fence at the back and opened the bottle. I stuck the bottle into the wire mesh of the fence and waited for the snake to discover that it could crawl out of the opening.

All this time Buenagente and Inteliperra were being so patient. Their morning walk was being messed up by the snake in the bottle and they were being so good putting up with me. 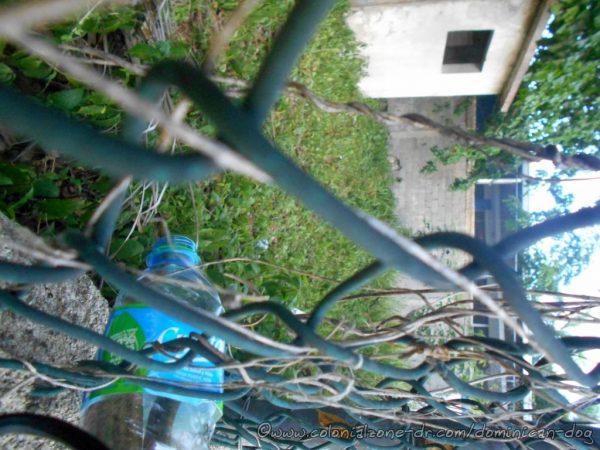 The small Boa de la Hispaniola also known in Dominican Republic as the Culebra Jabá stuck its head out of the bottle.

Finally, the snake found out it was free. It stuck its head out of the bottle. It stopped with its head outside of the bottle, flicking its tongue rapidly, making sure all was clear for the escape. 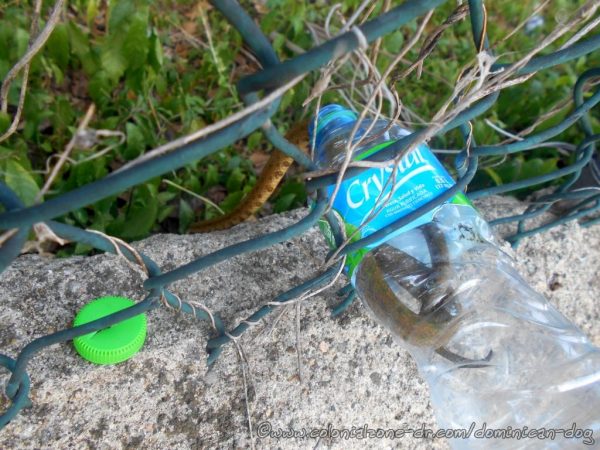 That snake leisurely slithered out of its bottle captivity. It went down the cement wall and disappeared in the underbrush. I put the bottle prison into the trash can and the kids and I continued on with our walk. 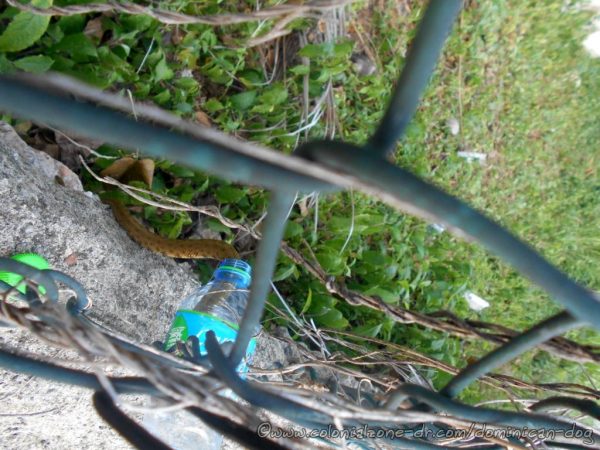 The Hispaniolan Boa also known in Dominican Republic as the Culebra Jabá is free from his water bottle prison.

When I got home I did a little research on the snake and it seems that it is a small Hispanola Boa known as Culebra Jabá in the Dominican Republic. I hope it stays free and finds a way to survive out there. If I had known what type of snake it was I would have taken better pictures or hold it for a good picture.

A little information about the Hispaniola Boa.